I’m funny how? It’s been a hot second since I’ve gone to a talk show taping and there has to be someone unbelievable for me to even think about it. Of course, when your favorite filmmaker Martin Scorsese makes an appearance, you have to go.

Now it’s been a good five plus years, if not longer, since I last tried attending a taping. When I arrived, one of the paparazzi was kind enough to give me some tips about the new setup and I met up with the three collectors on the scene. Eventually there was a total of about 10 when a barricade was setup (eventually we swelled up to 20). While waiting, we all agreed to wish a Happy Birthday to Marty and even practiced how to correctly pronounce his last name to grab his attention. For the first time I can ever truly recall (with more than 10 people) all the collectors were truly working in unison to make this happen.

Upon Marty’s arrival, we all screamed out and sung Happy Birthday even though security was  blocking him from us. However, Marty enthusiastically waved not once, but twice towards us with the general consensus being he would come over afterwards. The same paparazzi from earlier even showed some pictures and told us Marty actually pointed to us in addition to his waves. Initially, we felt great before the negativity started consuming the group. 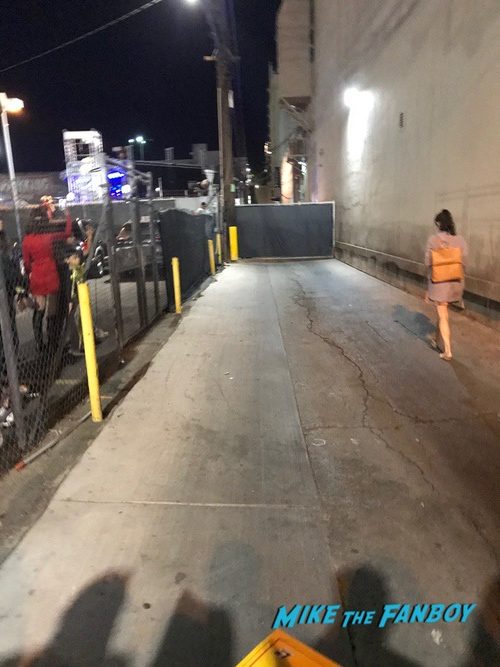 Considering we got (3) recognitions, which as a whole we felt was a strong possibility for him to come over afterwards, we tried to remain optimistic. However, I then overheard two different people say Marty hasn’t signed at any appearance on the west coast (except for a lone autograph inside his AFI Q&A) with one person going 0 for 3 and another 0 for 5. Needless to say we started to have doubts. 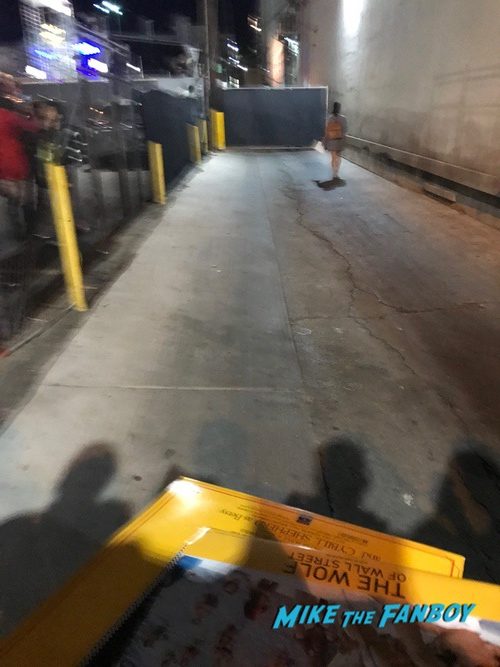 One late comer even grumbled saying, “Why wish him a happy birthday instead of asking will you sign?” Still we persevered. Eventually one collector agreed to be a spotter and motion when he saw Marty leaving since they blocked our view. After motioning us, we all screamed and yelled for Marty’s attention, but sadly he didn’t sign at all. Considering he is 77 it’s understandable, but disappointing nonetheless for a fanboy fail.