It seems like these days the success of Twilight has forever changed the face of films. Every book label as “young adult” has made the leap to the big screen, some with more favorable results than others. The original Maze Runner kept the action confined in one area, it was wholly original and wasn’t afraid to lose some of it’s main characters. 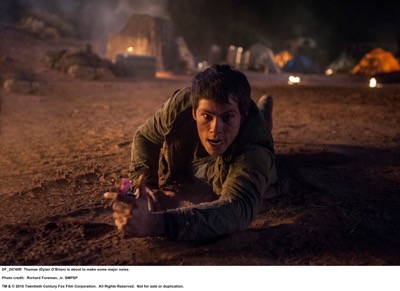 The Maze Runner: the Scorch Trials picks up where the last film left off. Thomas (Dylan O’Brien) is trying to figure out the clues to the past and the keys to what is happening. The surviving cast of the first film is being held at an industrial complex that they are told is a safe shelter where they will be taken to a safe zone. It’s run by Mr. Janson (Aidan Gillen) who clearly has alternative motives up his sleeve.

Thomas’ group isn’t the only refugees in this camp, there are a whole host of kids there being promised the same safe shelter and freedom. Apparently, everyone is from different mazes and all broke out at… Exactly the same time. One can only assume that they were let out or this was orchestrated in some way. It’s clearly the fault of WCKD (the evil overpowering entity pronounced “wicked”) who is behind the whole thing and when groups of kids are taken out to never return… They’re probably not long for this world. 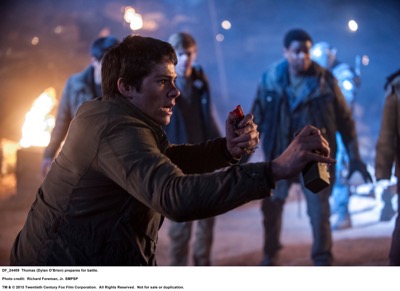 Once the revelation happens, Thomas’ rag tag gang are forced out into the Scorch where they take shelter in an abandoned mall. They encounter what’s referred to as “Cranks” which are more or less zombified humans. Once they awake from the bowels of the mall the gang is on the run again. I mean, it is the Maze Runner after all, a certain amount of running is expected. Some of the gang is lost along the way, but the kids do run into two strangers who give everyone hope there’s still an underground society at large, Jorge (Giancarlo Esposito) and Brenda (Rosa Salazar). 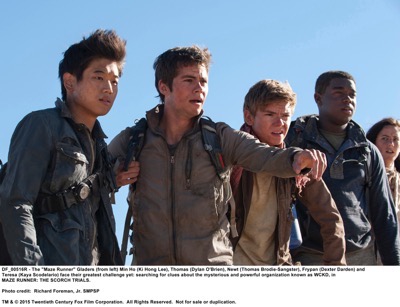 TM and © 2015 Twentieth Century Fox Film Corporation.  All Rights Reserved.  Not for sale or duplication.

They end up making their way to what is in essence a full underground and meet several characters including Lili Taylor and even suffer a betrayal from one of the gang’s most trusted members. There’s so much going on and with the film clocking in at over two hours there’s more than one head scratcher. Just when Thomas is lost and about to put himself and his group out… Literally, is when he meets up with Jorge. It’s pretty impeccable timing if you ask me. 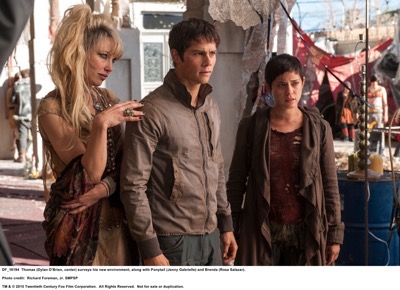 The main villain is Ava (Patricia Clarkson) who is revealed to not be the evil monster that she’s portrayed to be but instead a misguided woman who thinks she is doing her best. This is the survival of our species that’s at stake after all. These big questions are all a little too black and white and could have done with a little more subtly. 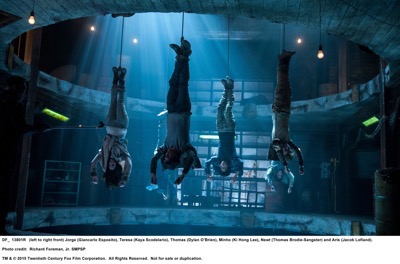 The thing that really works in The Maze Runner: The Scorch Trials is the constant action. It really is a well crafted film and as a viewer you find yourself sucked into the action pretty quickly. Led by Dylan O’Brien, the cast is also very good. Dylan brings a level of everyday action hero to the part and his affable charm, on full display in Teen Wolf serves him well here. Equally good is Patricia Clarkson as Ava. You hate her and at the same time understand where she’s coming from at the same time. It’s a rare thing in an actress. 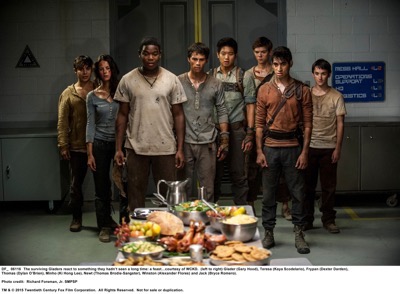 Maze Runner: The Scorch Trials arrives on Blu-ray in a fine high definition transfer. The colors of the Scorch are blazingly brilliant and it captures the desolate and barren landscape. The detail in the picture is abundant and the the fine cracks and crevices of this world are really accentuated by the transfer.

Maze Runner: The Scorch Trials is full of some amazing bonus features:

There is galleries of concept art and storyboards along with audio commentary by Wes Ball, T.S. Newline, Joe Hartwick Jr. and Dan Zimmerman.

There are deleted and extended scenes, they don’t add much to the film per se, but it’s always nice to have them included.

There are also two featurettes on the visual effects, called Breakdown and Reel.

A Gag Reel is included as well. I’m a sucker for these, I know they are trivial and full of fluff but I like them. 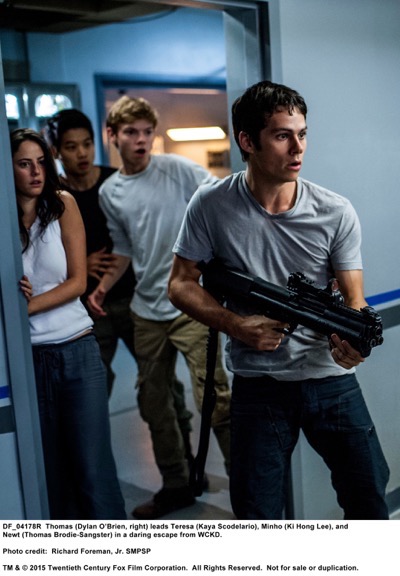 “Janson’s Report” is a set of faux confessionals that were “caught” by closed circuit cameras and the Secrets of the Scorch is a set of featurettes with behind the scenes footage and interviews with the cast and crew. 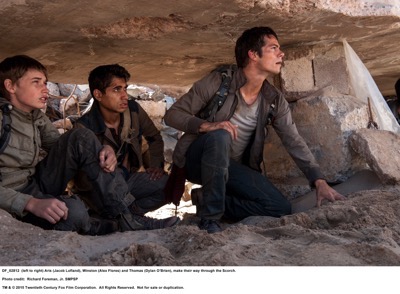 Overall, while Maze Runner: The Scorch Trials will not win any awards, it’s a fun and exciting action film. It has a compelling lead and while the supporting characters don’t register nearly as much as they should, it’s way better than it should be. If you’re new to the world of Maze Runner I suggest starting at the beginning with the first film. It’ll be worth the time. 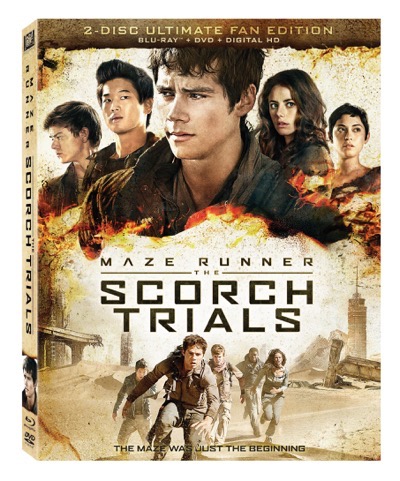 Maze Runner: The Scorch Trials is out now on Blu-ray!