Entertainment Weekly has got together the cast of the amazing Mean Girls. One of my all time favorite movies. Plus, the remaining Ghostbusters! Oh my God! Yep, even Billy Murray! 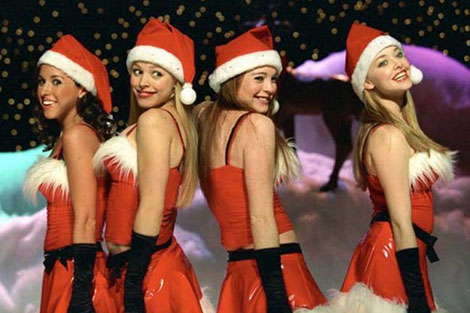 For the Mean Girls pic and interview all the plastics along with Tina Fey and Lindsay Lohan reminisced about making the pic and the enduring popularity of the teen hit!

When talk about the sequel was rampant, Tina Fey said no… Now… 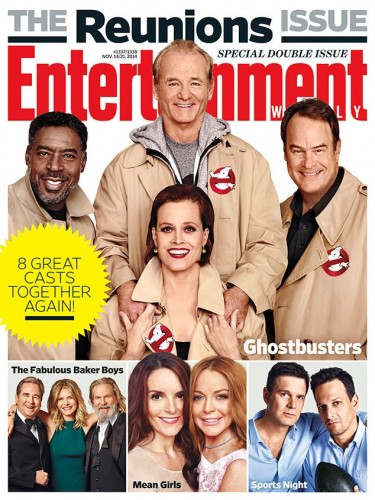 Rachel McAdams originally auditioned for Cady who Lindsay played in the film. Lindsay wanted to be Regina George and fought with the director about it.

“I was still 17 years old and I wanted to be the cool girl on set.”

Amanda Seyfried was just happy to be cast!

“I just wanted to be in the movie. To be asked to play Karen, I was like, ‘Great! Whatever!’”

Tina thought Lindsay should be Regina too!

“At some point I was like, “Oh, should Lindsay be Regina?” Fey said. “And then Mark and Lorne [Michaels] had the good sense to say, ‘No, she gets to turn into Regina.’ You work backward from that and you cast her as Cady, knowing she could get to that point of being Regina, but you let her be the innocent side, too.”

Amy Poehler had a cameo in the film and when the dog she was holding bit her nipples… Well… It took an interesting turn.

“They, like, pinned a piece of a cocktail wiener into her bra,” McAdams said. “I thought this dog was going to tear her apart. It was very effective.”

The most fun thing revealed in the reunion is that Glen Cocco… Is real!!!

“I tried to use real names in writing because it’s just easier” Fey said about writing the script. “My older brother’s good friend is Glenn Cocco. He’s a film editor in Los Angeles, and I imagine it’s a pain in the butt for him. Someone said to me you could buy a shirt at Target that says ‘You go, Glenn Cocco!’ That was unexpected.”

Check out the full reunion photo below! 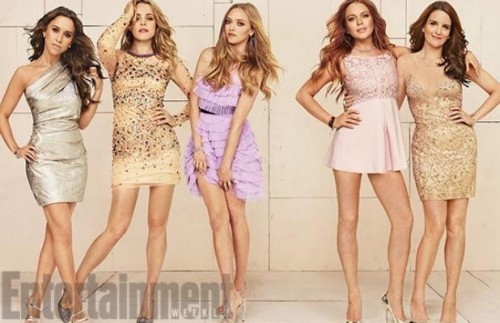