I was really torn about posting this. It seems whenever a celebrity passes everyone rushes on Instagram, etc. to post their photo with the person. Half the time I don’t even think they’re really fans. It just seems like a brag. However, since Meat Loaf is my favorite musician of all time, and I am so truly saddened by his passing, I thought a re-post of when I met him seemed like a nice way to celebrate him.

In addition to seeing him in concert multiple times, I was lucky enough to meet him back in 2018. He happened to be at a convention I was attending. I had originally gone for a few other celebrities, but once he was added, that’s all they cared about. It was one of the sweetest celebrity meetings I’ve ever had. I will treasure the memory forever.

Having never meet Mr. Loaf, I didn’t know what to expect. Let me tell you, this man is so kind, so engaging and absolutely loves his fans. I had 6 people in front of me and it took 45 minutes to get through. That should tell you everything. He spent so much time chatting with everyone, it was amazing. Right before my turn he left, but said he’d be right back. Then he came out to the line, which had now grown longer to explain that he had broken a tooth the night before and the dentist was there to check it out, but he, “loved us all,” and would be right back. Then he proceeded to give a hug to everyone around him. I was a fan before but now he’s been moved to the best celebrities ever list.

He returned shortly after and I had him sign this cool, vinyl record art piece I found online. I got a beautiful, personalized signature in gold paint pen. He was worried that my pen wasn’t as good as the one he had, but I told him I had tested this one on vinyl and it looked great. We chatted about how the first time I saw him perform was at my college way back in 19** and what an amazing show it was. He’s so gracious and humble. All celebrity encounters should be like this! 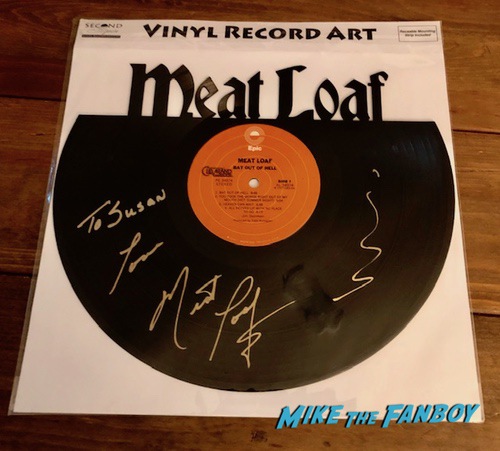 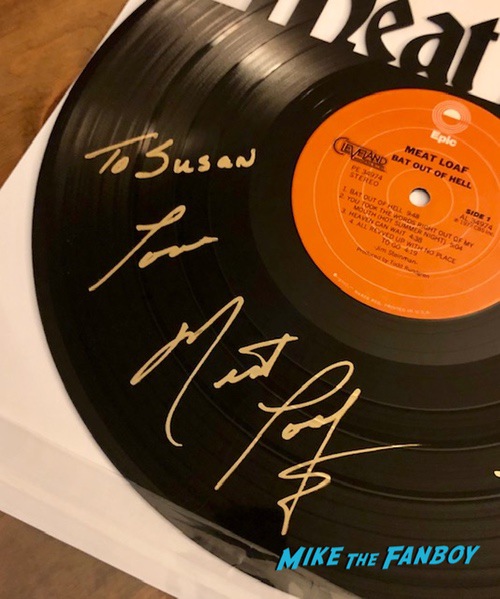 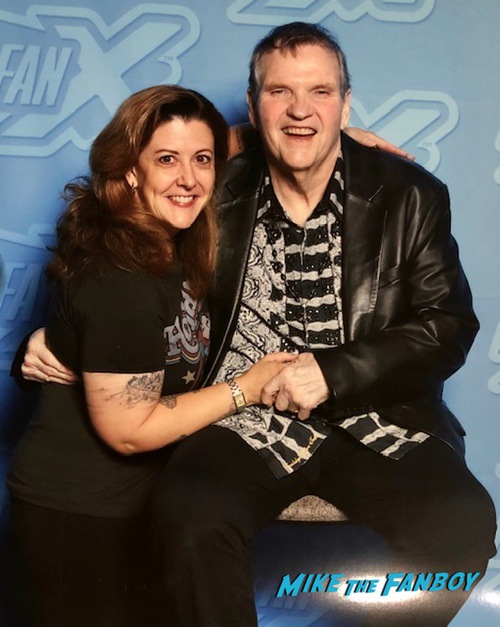