Home / NEWS • On Location / Meet The Cast Of The Hit UK Series THE INBETWEENERS As They Celebrate The Release Of Their Feature Film! Only In Los Angeles! Simon Bird! James Buckley! Blake Harrison! Joe Thomas!

Hey kids! I kept hearing all these amazing things about the UK series The Inbetweeners! In fact, I was just talking with the Movie Maven at a party about the show and five people overheard us and ran over to tell us how great it is! It’s frakkin’ awesome! If you haven’t heard about it, stop, go to Netflix watch an episode and tell me it’s not amazing!

Well, now The Inbetweeners are storming the gates of America! They have a full length feature film coming out Friday September 7th and to celebrate they are doing a fan meet and greet day! 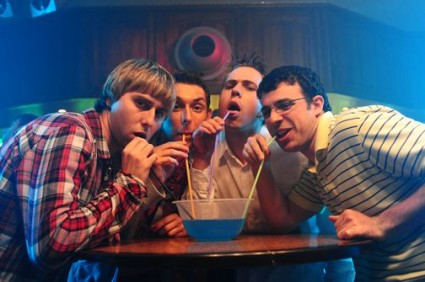 Then at 4:40 p.m. the gang will head over to the Hollywood & Highland in front of the Grauman’s Chinese Theatre !

Finally, at 5:20 p.m. they will head over to the Saddle Ranch on Sunset Blvd!

You have three chances to meet them! That’s pretty damn awesome! 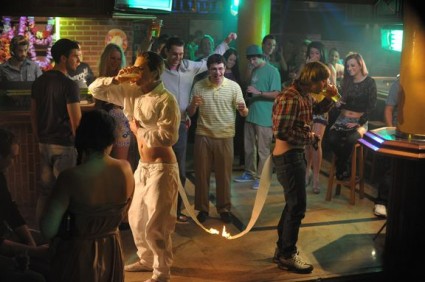 The Movie Maven is going to be on the scene and will be tweeting about her time with the guys and doing a complete recap of her day as well later on this week!

But do yourself a favor, grab your complete series DVD’s and head down and meet the guys! Hello! McFly! 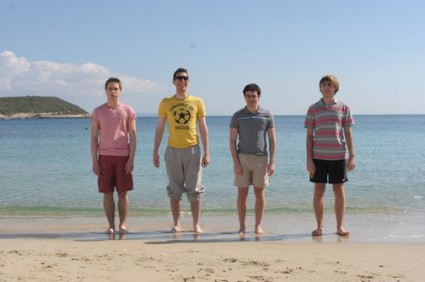 THE INBETWEENERS film is opening on Friday, September 7th!! 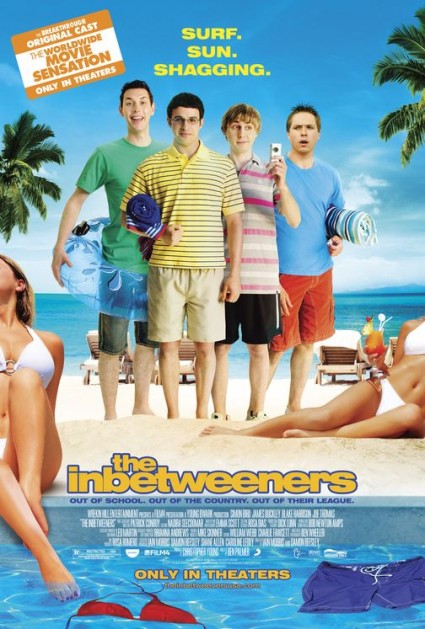