I have to tell you, I love hearing stories about awesome celebrity encounters. I hear the negatives ones sure (Matt Damon, this time I’m talking to you…) but the cool ones are always the ones that stand out in my mind. Bryan Cranston and Aaron Paul are among the coolest celebrities ever.

Jack got to meet both stars and talks about his love of the movie Smashed which of course starred Aaron Paul.

Last year I wrote about a movie I really liked called, “Smashed” and met the entire cast minus two people, Mary Elisabeth Winstead (MEW) and Aaron Paul, the latter of whom didn’t attend the screening. Due to a recent event I decided to revisit the film and discuss this cool movie. 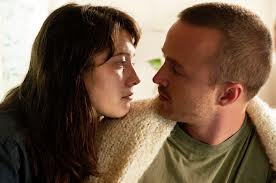 “Smashed” tells the story of an alcoholic couple played by MEW and Paul, who both struggle with their addictions, but don’t think anything of it. MEW plays an elementary school teacher and one day, after a long night drinking is teaching class when she pukes in front of her students. After one of her students asks if she’s pregnant, MEW goes along with the lie. However, she’s called out by a coworker played by Nick Offerman, who offers to take her to an AA meeting. 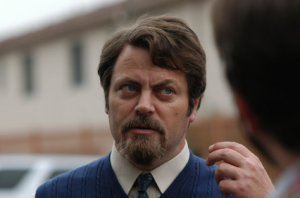 Eventually she realizes there’s a problem, but her husband doesn’t fully support her new sobriety and still drinks in front of her. Luckily, her new found friendships with another recovering addict/her sponsor, played by Octavia Spencer, helps get her on the right track. This film does a great job of demonstrating the pitfalls of recovery without coming across as too preachy and overbearing. Honestly, if you ever had or think you might have an addiction this is an interesting film to check out. 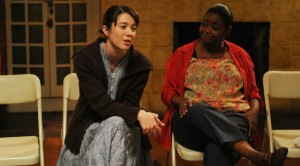 Since we’re still discussing Comic Con I felt it would only be appropriate for me to throw in my two cents (even though I didn’t attend this year). As you might recall I met Dr. Lecter the same week . Despite it being Comic Con week, each event became madness once the signing started with celebrities, which seemed worse than normal. 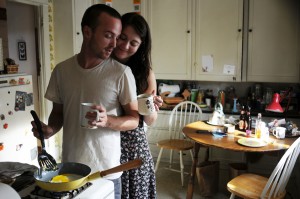 At Cranston’s star ceremony, which definitely had some of the most heartfelt speeches I have ever heard (at the handful of these I have attended), several of his peers including Aaron Paul, Anna Gunn, RJ Mitte, Bob Odenkirk, John O’ Hurley, Frankie Muniz and Jane Kaczmarek showed up to support him. Fortunately for us, the entire “Breaking Bad” cast who did show up sat directly in front of us. As a matter of fact, Aaron Paul was in front of us the entire time. 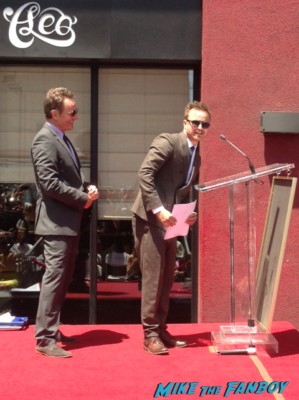 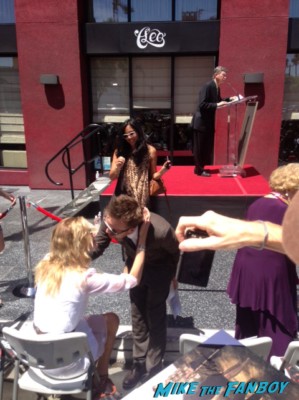 Since we were directly in the sun (the entire time) and it was fairly hot, Cranston’s crew didn’t sit down until 10 minutes before the ceremony so it was hard to get anyone’s attention. Aaron Paul was mobbed outside the Redbury Hotel as he was walking up 20-30 minutes before, which had us initially worried, but things cooled down from there. Luckily, Anna and RJ signed before, but had to stop since the ceremony started while they were in the middle of signing autographs. 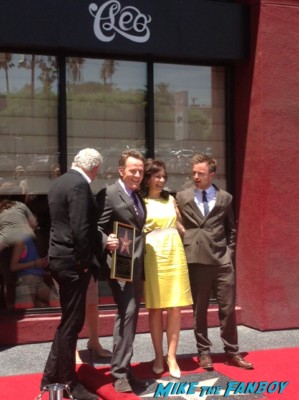 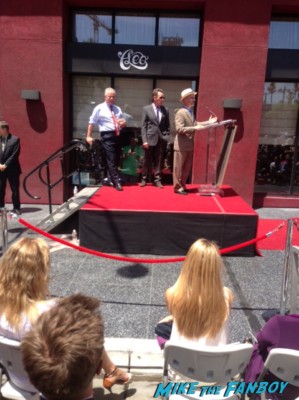 After taking pics, Cranston and Aaron Paul signed, but it was complete chaos. Paul came over first and I managed to get him on a Rolling Stone, but people were just getting too crazy. Despite being on the barricade, my stuff was constantly getting covered and everyone around me was getting multiples while I only got one (barely). Same song and dance when Cranston came around to our area and he missed me completely until I actually said, “Bryan, could you please sign my magazine. I haven’t gotten one at all.” Luckily he could see the truth in my eyes and signed my magazine beautifully before taking off in our section. 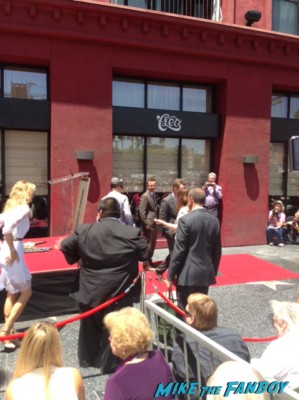 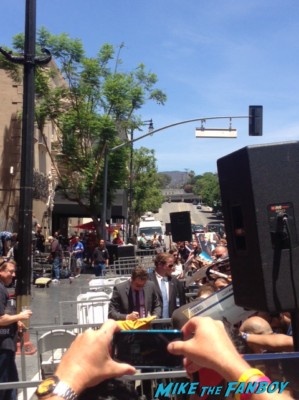 DVD Dave was nearby and was given “Aaron Paul’s sign” from the ceremony, which he was able to grab Aaron’s attention when he was getting ready to leave. Once again, Aaron Paul came back over signed that and my “Smashed” blu-ray, which was really awesome considering everyone close by kept covering it with their photos. Aaron was truly great despite the craziness and so was Bryan Cranston. Overall I had fun, but its days like this reinforce the idea why I only go out for people I really like. Until the next time, happy autograph hunting! 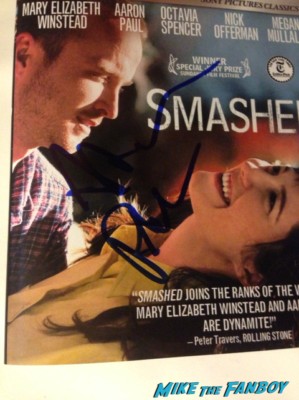