He had an amazing time! 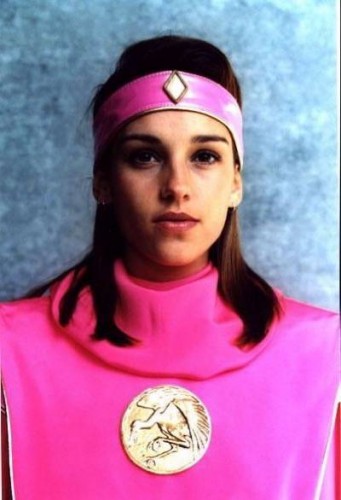 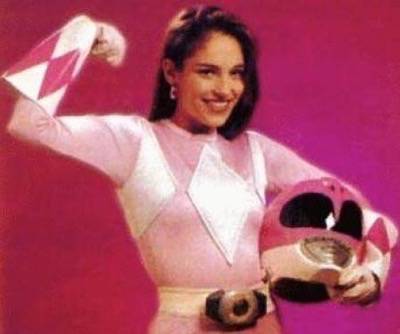 For you non Power Ranger fans, she is also well known for playing Julie Emrick on the TV show “Felicity”. and in the beginning of 2008, Johnson became one of the stars of the hit TV show “Flashpoint”. 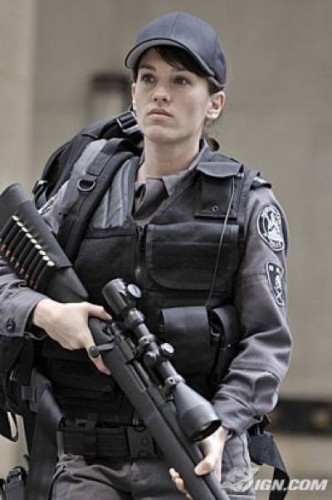 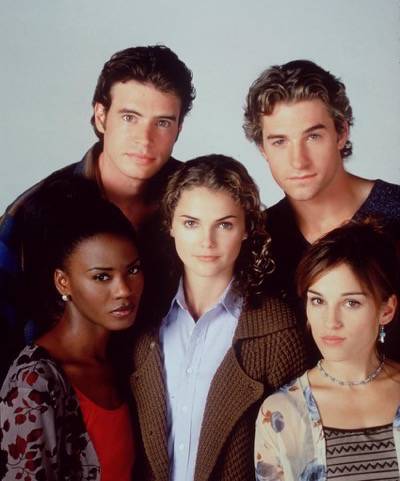 Amy Jo held a Indiegogo fundraiser for her new film, “The Space Between”. and I was able to contribute to help fund her film and received an awesome perk to attend her exclusive and private Power Ranger Pizza Party that was held at a suite in Santa Monica.

This party was only available to 20 people who helped fund her new film. From there, we watch old episodes of Power Rangers, ate pizza and mingle. Amy Jo was very courteous and greeted everyone who showed up. She had a moment with each and everyone of us, talking and spending good quality time.

When I got there, I approached her and introduced myself. I was in awe and utterly speechless that I finally got to meet my childhood crush haha. She said “Nice to meet you Will! Where are you from?” I told her that I am a local and she said she lives in Toronto and only comes out here to LA once a year to visit friends and family. She is full of sass and really sweet just like in any other Power Ranger episode. I just love her personality haha.

Then she brings me to her kitchen, opens the fridge and hands me beer… Whaaat wow! Did the Pink Ranger just handed me a beer?! Never thought this would ever happen. I was amazed haha. We took a quick photo before going back to the party. 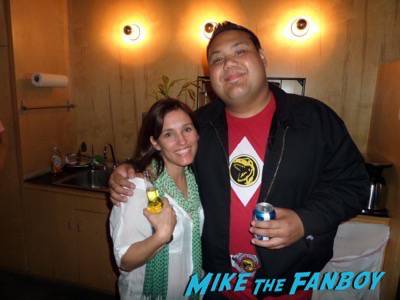 I met Michael Cram. He is one of the main stars from “Flashpoint”. He said he will be in the upcoming Power Rangers reboot. 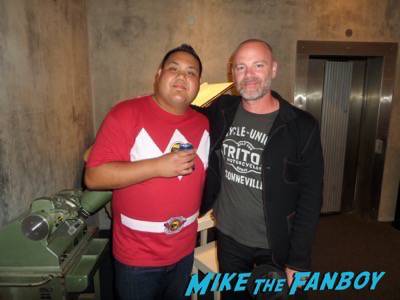 David Yost the original Blue Ranger was co hosting the party. I met him before at the Hollywood Show. It was nice to see him again. I had him sign my vintage Power Ranger photo with the original cast on it and he liked it. 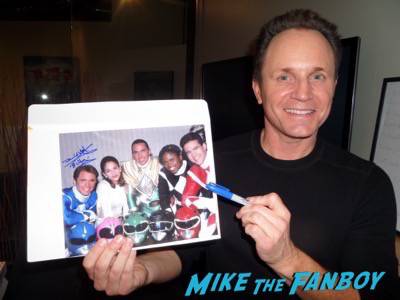 Amy Jo signed my photo and she loved it! She did not remember taking that photo haha. 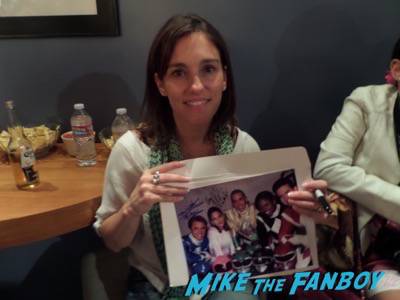 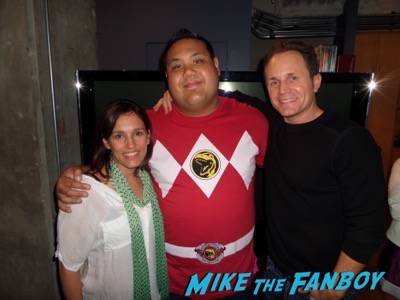 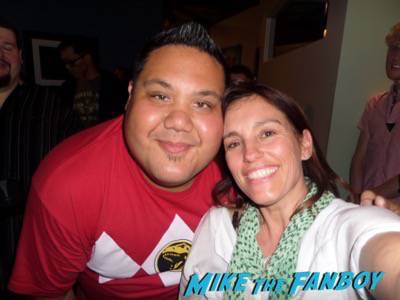 Party ended around 11:00 pm and Amy Jo and David took a group photo with everyone in the party before leaving. Amy Jo hugged and thanked everyone for coming.

It was awesome to meet Amy Jo Johnson. She pretty much stays in Canada, never does shows, is a full time mother, and on her little free time she directs movies. So she is pretty rare. Rumor was when she and her original co-stars attended a big event at the Universal Amphitheater in 1994, there were thousands of people there. When she went home that night, she had horrible nightmares and the fame became a little overwhelming. She didn’t want to go through that again and now I am glad she is slowly embracing her Power Rangers fanbase again.

It was awesome to meet Amy Jo Johnson. I am amazed and was really stoked that I finally got to meet her. I will never forget this moment. I was treated like a true VIP at a exclusive party. I will probably never get to experience anything like this ever again. 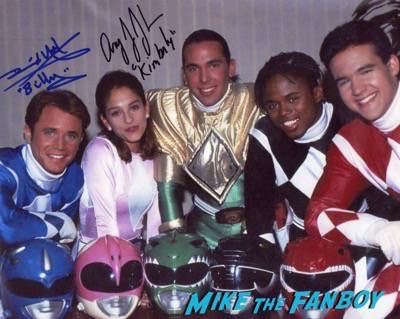