The nights are long here in Hollywood.. Long… and dark… and cold…

Yes, that’s the life we lead…

See, you read that and pictured me in a fedora standing by a streetlight, only illuminated by the faint glow of one lightbulb while smoking, well.. That’s completely accurate.

Seriously though, in this hobby sometimes you have to put in the time.

Lord of the Rings is one of my favorite movies, the original trilogy is amazing. I’ve been working on this cast poster forever, and while I thought I was insane to even start this project, I now think… Yeah, you’re crazy Mike. 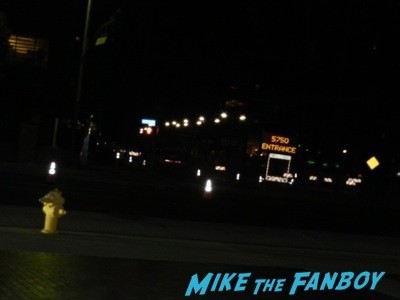 Scotty and I headed to the cold barren streets of Miracle Mile, where dreams are built and dashed in an instant.

I don’t know why I feel so dramatic today.

Actor Andy Serkis was doing a q and a, and while I couldn’t get tickets to head inside, I figured I would wait with the horde’s of wanna be actors praying a casting director sees them and skyrockets them to stardom. Where even a simple comment to an actor like, “that was great” from a director becomes an story they need to tell everyone around them.

Ah actors… There’s nothing like them. Let’s give them a God bless.

Scotty and I arrived and honestly, had no idea where to go. Ace was like… “Bro, bro… look for a car.” Great tip, thanks.

The event ended and the actors clutching their headshots, and looking around for Mr. DeMille to give them their closeup, were streaming out.

A few people were waiting for Andy to leave, but the crowd eventually dissipated to four of us.

We did a lap around and realized, we have no idea where he could have left from!

One of the guys waiting, said he went to eat next door.

Great. I was starving and he must have just bopped out from the side? Doh! 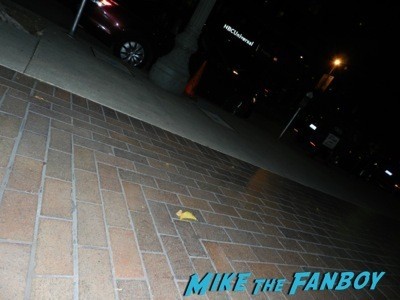 The streets are cold in Los Angeles.. Actually, it’s more like 71 degrees, and quite a perfect temperature, but that doesn’t sound dramatic does it?

In addition to my Lord of the Rings mini poster, I also have one of the Empire magazines that has the lenticular covers. I love these. They look awesome signed right.

The other two people went to eat at Marie Calendar’s but the guy said, “I went through the restaurant and didn’t see him in there.”

Then we spotted his car and the plot was pretty much given away. So we waited. 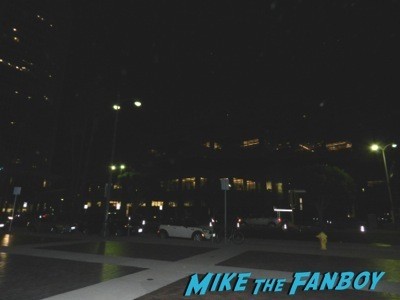 Scotty and I talked about life, being hungry and the cobblestone streets we walk along. I think if you added up all the hours of waiting that we do, I probably lost years out of my life.

But then… I wouldn’t have this signed Lord of the Rings mini poster, so you know… Balance.

Another hour passes. Homeless people start talking to themselves. People get takeout from Marie Calenders, Andy Serkis’ poor driver keeps turning the car on and off and on and off.

Scotty clutches his one sheet with white knuckled enthusiasm, and I look back at my life wondering what brought me to this point.

Then, just as I thought I couldn’t wait anymore… I spot Andy Serkis from the corner of my eye.

Scotty says, “How did you even see him so fast?”

Eagle Eye Mike is my name… And the streets are my game… Yeah, I don’t know what that means either.

We ask Andy if he wouldn’t mind signing, and we could tell he was tired, but he was so kind. He was like sure guys, smiling and quite cordial.

He signed my mini poster and also the Empire magazine and we talked about how awesome those covers were. 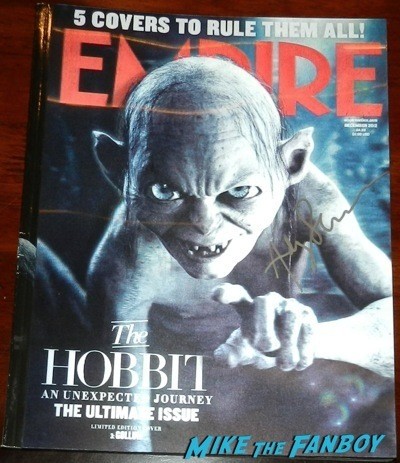 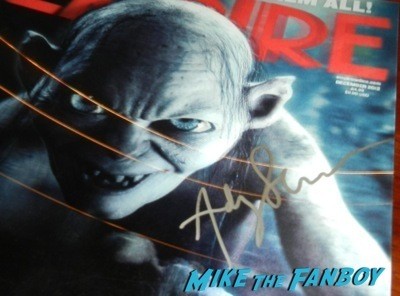 Scotty had him sign his DVD insert and one sheet as well.

Then we both were able to get pictures with him as well. It was pretty rad. 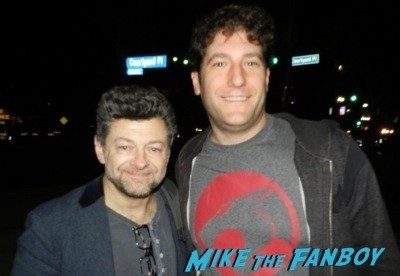 The whole night was worthwhile. When you look at something and it’s signed perfectly, it makes a couple hours of waiting seem totally worth it.

Now give me that fucking pot pie… 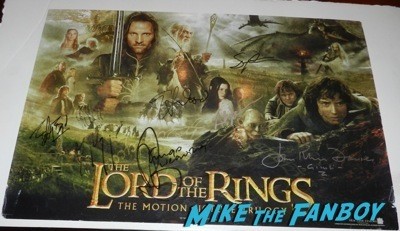