James headed on the out on the cold london streets to meet… Oh none other than Ansel Elgort and Jason Reitman. I have to admit I thought Jason did a great job directing Juno and Thank you for Smoking. Two of my favorites.

Ansel Elgort is the man of the moment with The Fault In Our Stars being a sensation! He’s a bit finicky about signing so James once again is lucky! His photo with Ansel is hilarious! 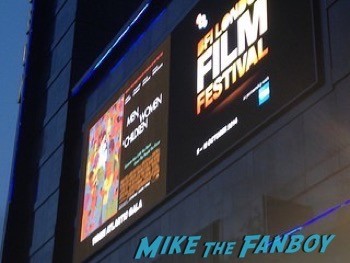 The second day of the London Film Festival and the Virgin Atlantic Gala. This time last year equalled Sandra Bullock and Alfonso Cuaron in Leicester Square for the premiere of Gravity. This year’s gala saw a slightly less A List turnout for the UK premiere of Men Women and Children, starring amongst others Adam Sandler, Jennifer Garner and Emma Thompson. However, it was only to be Ansel Elgort, Kaitlyn Dever and director Jason Reitman coming along. I’ve never met Ansel or Kaitlyn, and I love Jason’s films, so I was happy enough. 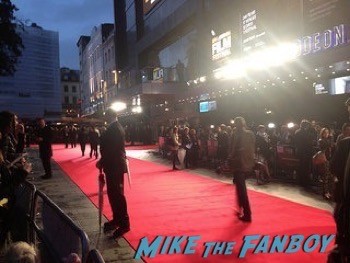 I made the trip over to Leicester Square after work to find a very empty red carpet. I arrived only 20 minutes or so before the red carpet was due to open, but there were still a lot of empty barriers. All good news for me. Even once it started there were still empty areas. The three attendees arrived in quick succession and posed for the photographers. First to come over to us was Kaitlyn Dever, known for her roles in Bad Teacher, Justified and Last Man Standing. She was really friendly and chatty and was happy to sign an index card and pose for a photo with me. 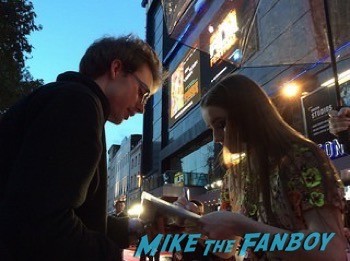 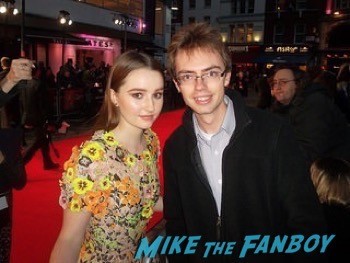 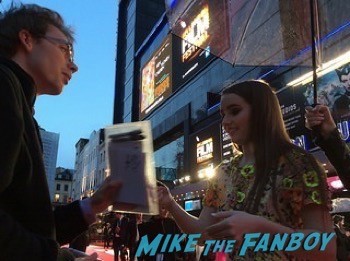 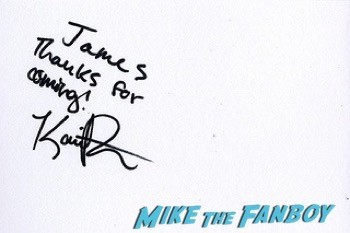 She was followed by the film’s director and the man responsible for two of my favourite films (Juno and Up in the Air), Jason Reitman. I met Jason at last year’s festival where he was super nice and signed my Up in the Air DVD sleeve. This year I brought along my Juno DVD sleeve that Michael Cera signed for me last month on Broadway, and he happily signed it for me. He also signed an index card with a brilliant dedication and posed for a photo with me too. 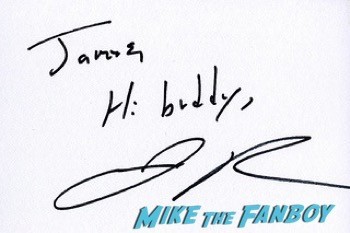 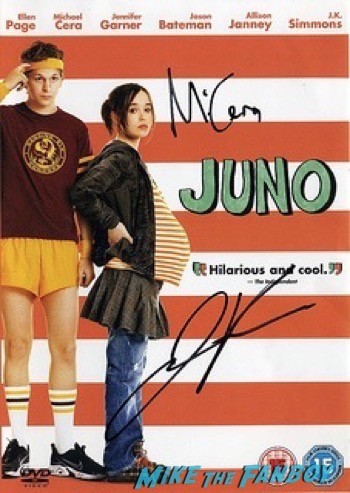 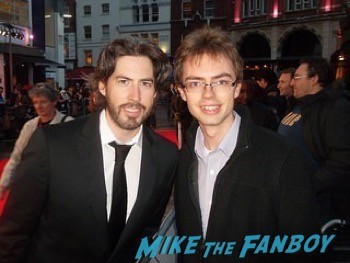 Wish all premiere photos could come out as well as this one has! 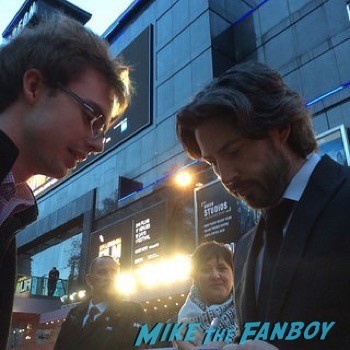 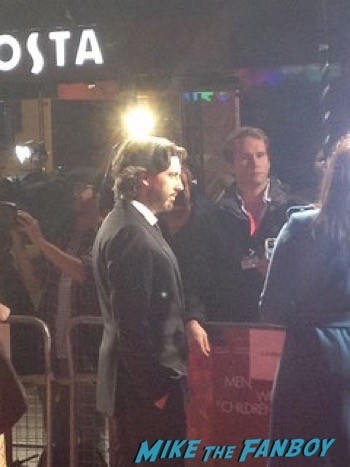 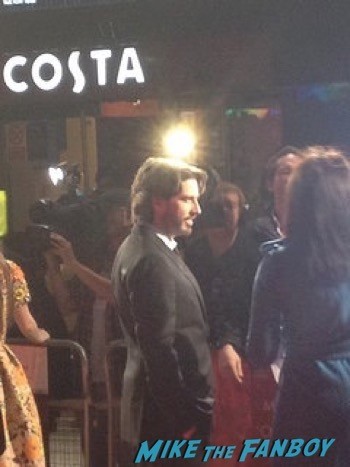 Last to come over to us was Ansel Elgort. I must be honest, I’ve not seen anything he’s been in, but going by the reaction of many young girls waiting, he’s a popular guy. He spent ages posing for photos with fans, even taking them himself on people’s cameras and phones. I had a look at his twitter feed once I got home, and going by some of his tweets he seems like he does really care for his fans. However, he was very reluctant to sign things, and only signed an index card for me when I asked him to sign it to James. He also posed for a photo, which he took myself, but let’s just say he didn’t do a very good job. At all. 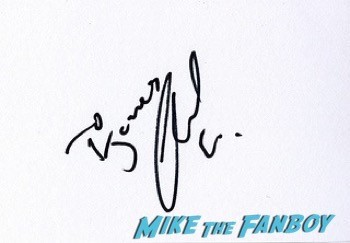 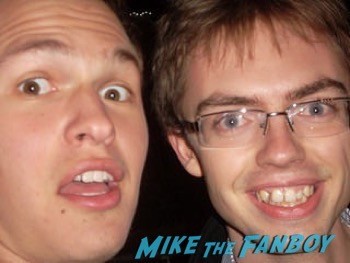 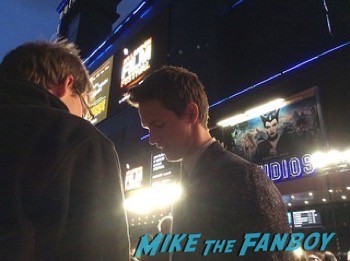 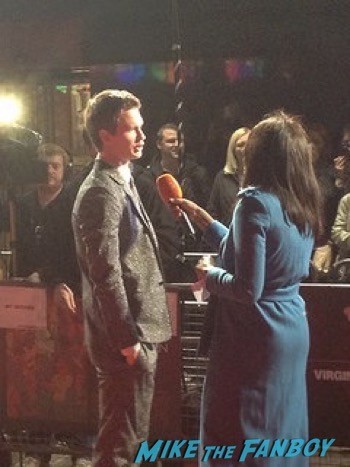 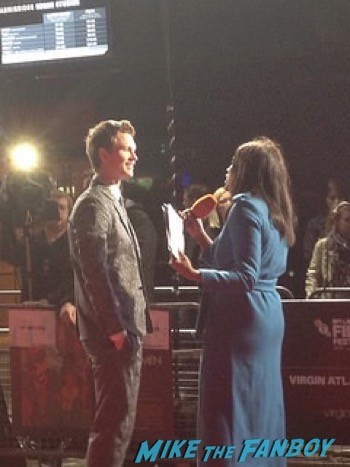 I’m not entirely sure how he managed to zoom in quite so much, but of all the people it could happen with I’m glad it was him.

And that was that. A nice evening with friends on a very empty red carpet, and only a little bit of rain (it had to rain a bit, it’s tradition). Next week sees the return of the A Lister to Leicester Square, and I have a feeling the next few might be just a little busier!

Check out more of James’ adventures in London here!