Home / Fanboying! / Meeting Bruce Springsteen And The E Street Band! Lewis Gets To Meet The Boss Himself! Autograph Goodness!

I love this! What an awesome recap! MTF Reader Lewis got to meet none other than Bruce Springsteen! And wait… Not only that but he met the whole E Street Band as well! Say Wha? I know pretty incredible right!

Check out Lewis’ full recap below!

So I’m on holiday from England and what a holiday it has been.

After sitting about 2 metres away from The Boss (Bruce Springsteen) and his band at the hotel bar in Adelaide Australia last night I managed, although Bruce was tough which he has been for the past 3 days, I’ve been following him and he finally signed my album. It was 3am and both Bruce and Steve were extremely pissed (as you will see with Steve’s ‘was here’ mark). Met all the rest of the band, had a chat with Nils about working with Ringo Starr. It has been a vey surreal few days. 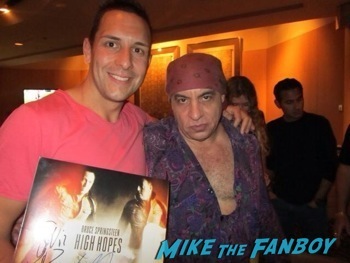 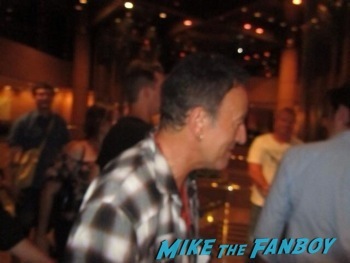 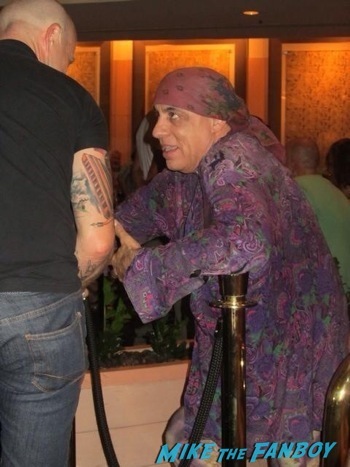 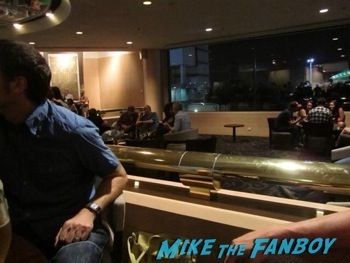 The night before I waited after the concert for him, when he came out his car stopped, he put his window down and I was first in the queue. For some good karma I let a 9 year old go up to the car first with her mum to show him the sign she made him. After exchanging pleasantries it was my turn, I showed him my album and asked him to sign.

He said he was too tired which to be honest he did look it. He just completed a 3.5 hour set so for a 64 year old it has to take its toll. I told him I came from Glastonbury in Somerset and asked him if he would play at the festival again if asked. He replied ‘yeah I guess so”, then his car drove off.

With the E Street band it’s been like shooting fish in barrels. Nils was walking around the hotel lobby in a dressing gown and slippers, jake was awesome and all of them after the concerts ended came through the front door and drank in the bar. You will see in the first photo how close we were, Bruce is in the checkered shirt with his back to us.

I only decided to get my vinyl signed by Bruce and Steve as Patty wasn’t on tour so I wouldn’t of completed it. 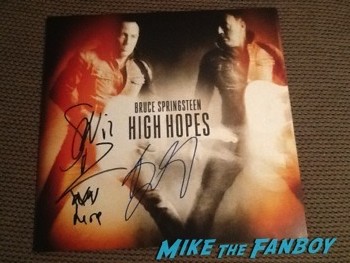