Will headed out to meet pop songstress Charli XCX! For those of you who don’t know Charli XCX, she is one of the voices behind Icona Pop’s I Love It, and did Boom Clap for the Fault in our Stars soundtrack.

I first heard about Charli XCX when she came out with  Iggy Azalea’s “Fancy” and Icona Pop’s “I Love It” (which she co-wrote), followed by her own solo single on the “Fault In Our Stars” soundtrack, “Boom Clap.”. I was hooked on her voice and pop sound and I became a instant fan. I would say she is among in the same category as artists like Icona Pop, Sky Ferreira, Robyn, La Roux, and of course Lorde with influential similarities like Kim Wilde.

Charli’s got a lot of cool stuff happening on the horizon: On November 9, she’ll return to the U.K. to perform live at the 2014 MTV EMA, and her new album, Sucker, will see release soon after on December 16. I can’t wait to pick that one up. It will be quite awhile until I get that “Boom Clap”! song out of my head haha. 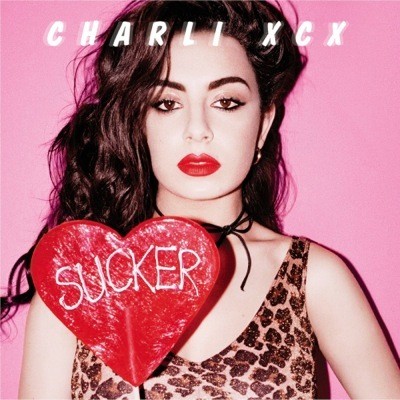 When I heard she is going to perform at The Mayan theater, I had to go and check her out and perhaps meet the up and coming star. 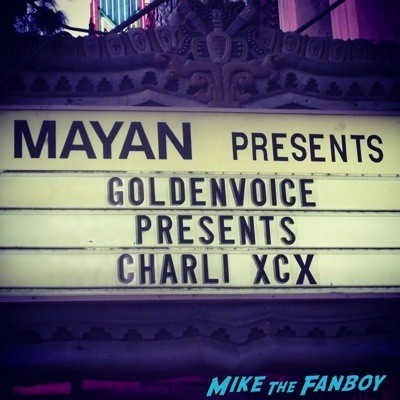 There were two opening acts FEMME and Elliphant. I went outside and hopefully catch her at the door. A few moments later I see a large black SUV pull up by the door and out comes Charli XCX! Me and one other fan approached her and she kindly took photo ops. Her agent/assistant took the photo op for me. I also wanted a selfie with her but she was on the rush to get inside the venue to get ready for her set. 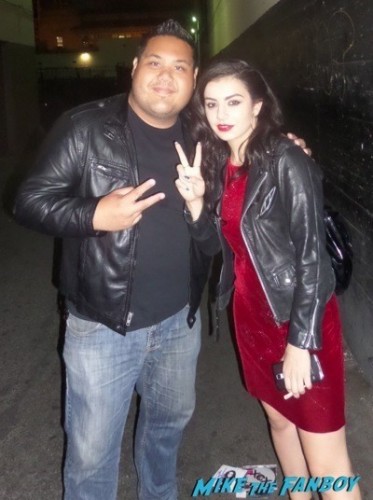 Fans lined up as early as 3:00 P.M. for front-of-the-stage standing room. I made my way up to the balcony to after getting my photo op and caught the rest of her live performance.

She opened with “Sucker” dressed in a cheerleading outfit (With “SUCKER” written on it, of course) and a crown suitable for the prom queen. Charli was joined on stage by her three-girl band, furthering her girl power movement. She continued with hits like “Breaking Up,” Icona Pop’s “I Love It,” “Lock You Up,” “Caught in the Middle” and “London Queen.” Charli jumped all over the stage, and her fans jumped along with her. She really knows how to get the crowd going! 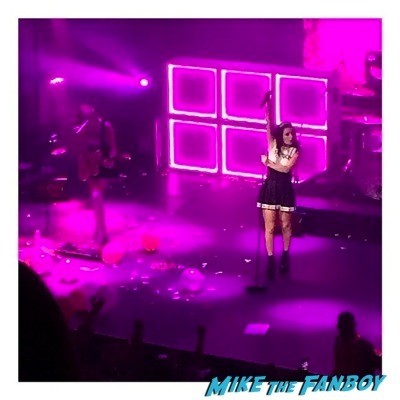 Before closing out the night, she had the crowd sing her mother Happy Birthday. Then she finished with the song I wanted to hear all night. “Boom Clap,”! Her concert was really energetic. If she happens to be in town for concert. Check her out. Meeting her and getting a photo op with her was icing on the cake.