I leave Los Angeles for litle over a week and all heck breaks loose! I miss the Iron Man 3 premiere, Pinky gets engaged to Keith Coogan and the topper on my missed wedding cake… Cher.

Yep, the iconic singer actress was out and about and where was I? Kentucky. Doh! Cher was turning back time, at the AFI Night at the Movies and who was on the scene? Pinky Lovejoy! Of course she was… And what happened?

Check out Pinky’s full report after the jump for todays Manic Monday!

Hello, my lovelies. Pinky Lovejoy here still on a rush from not only getting engaged to the adorable Keith Coogan (have we mentioned that already before?), but also from meeting the legendary singer and actress so big she only needs one name. That’s right, my friends, a few weeks ago I was lucky enough to meet Cher. 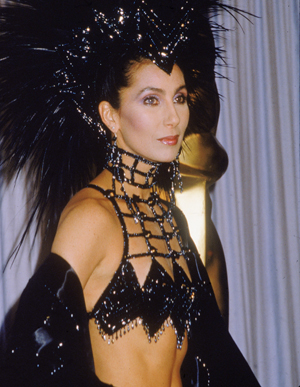 Can you believe it?! Cher! Now, if you’re unfamiliar with Cher, you must be living under some sort of rock (to which I ask, how are you getting wi-fi right now? Who’s your carrier?). I remember watching her and Sonny Bono perform their variety show, The Sonny & Cher Show, when I was little. Since then I’ve been a huge fan and have always wanted to meet her. 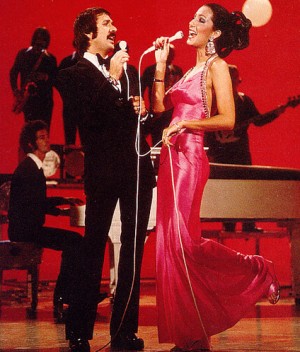 Of course, my favorite Cher role had to be in the iconic film Moonstruck, which is one of my favorite movies of all time. 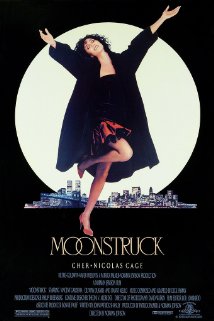 Cher played perfectly against Nic Cage and their love story in the film is truly one for the ages. 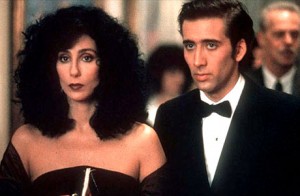 If you haven’t watched this gem, please run out and rent it this minute. Trust me, you won’t regret it. I still find myself quoting the film on a daily basis; I love it so much. 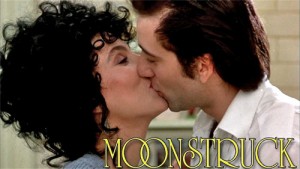 When my friend invited me to attend the AFI Night at the Movies event in Hollywood a few weeks ago, I jumped at the chance, especially after learning we’d be seeing Moonstruck on a big screen after hearing an introduction by Cher herself. Now, I’ve been to a lot of Q&A events over the years, but this one was different, as it was very low-key and kind of magical. Instead of the usual boring moderator and trite questions, Cher pretty much just stood at a podium and spoke to the theater about her experiences working on Moonstruck with “Nicky.” 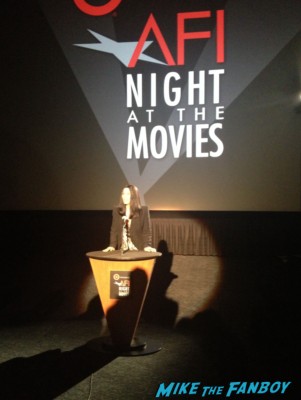 She shared stories, favorite memories, and completely won me over when she said, “I’m not a big Cher fan.” It was so self-deprecating and unexpected. I mean, who isn’t a fan of Cher? 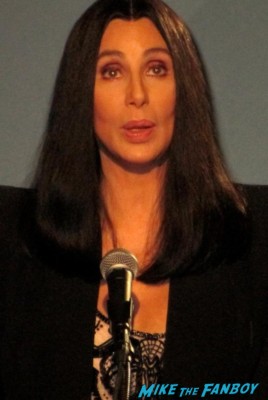 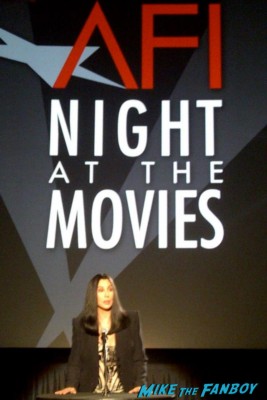 After the introduction, Cher started to leave the theater and I quickly caught up to her to see if I could get a picture with her. It was basically just me and Cher alone, no security, no lights, and no time to waste. She was SO ridiculously nice I couldn’t believe it. She said, “Sure” and I took a shot with my camera and hoped the shot turned out (thankfully, it did). Afterwards, I watched in awe as she continued through the lobby signing and posing with anyone who asked. Cher was over the top nice to everyone and I found myself becoming even more of a fan after seeing that. Cher was truly a class act and should be celebrated. 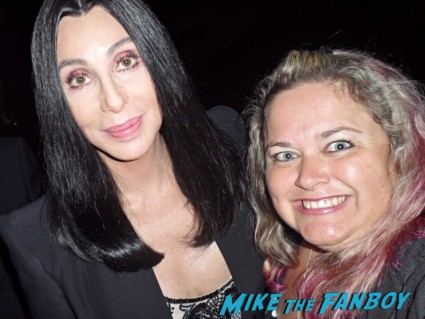