It’s Saturday and I haven’t had my morning Coke Zero. so you know what that means… Cranky time.

It’s okay though, cause I was greeted by a wonderful sight… Awesome Anushika!

We were heading to Frank and Son (I admit, I’m a Frank and Son virgin) to meet none other than Chris Sarandon. Now, I know Chris is the voice of Jack Skellington, but I know and love him from Princess Bride and Fright Night. Classics!

Anushika is also a huge fan and even brought her original childhood Jack doll from Nightmare Before Christmas! Everyone… Awwwwwww…

We joined Chris and Alex and made the trek to Frank and Son, which… Was a crazy place. Lots of vendors, lots of toys and lots of Pop Vinyl! Holy spending money Batman.

Anushika wanted to meet Ken Page who was the voice of Oogie Boogie in the Nightmare Before Christmas. 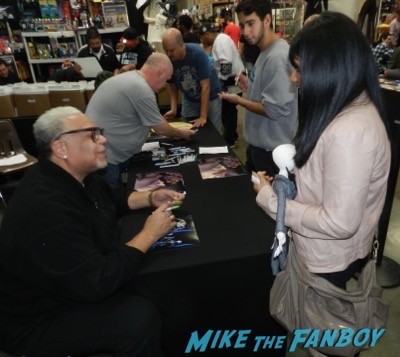 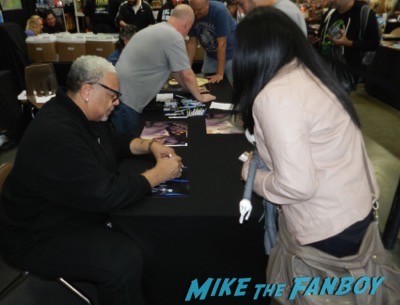 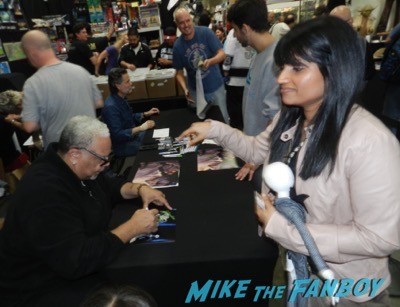 He was so nice and had an awesome green paint pen to sign her photo with. 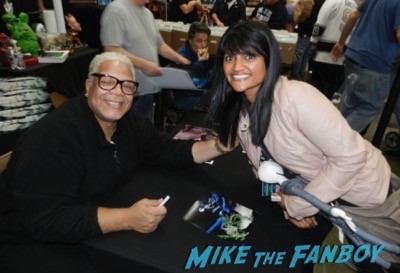 Then Anushika headed to Chris Sarandon. Such a nice guy. He was happy to pose for photos with Anushika and then signed her photo and doll. To say she was excited was an understatement. 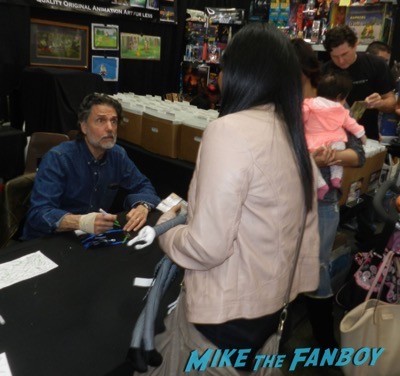 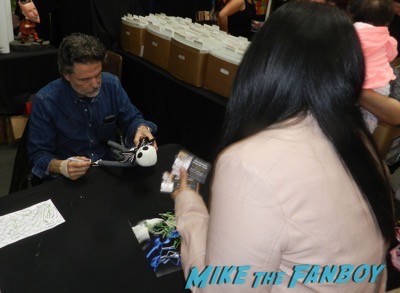 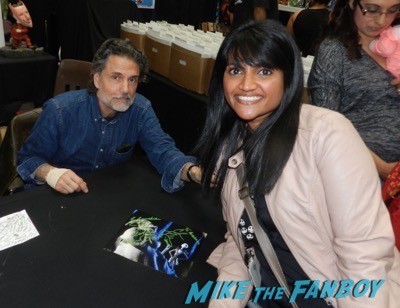 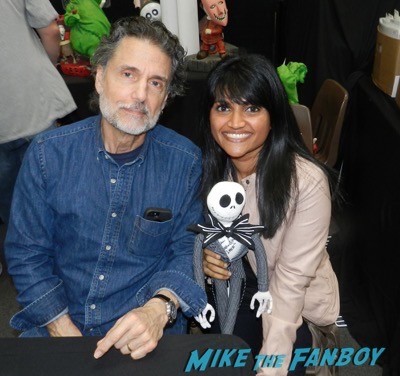 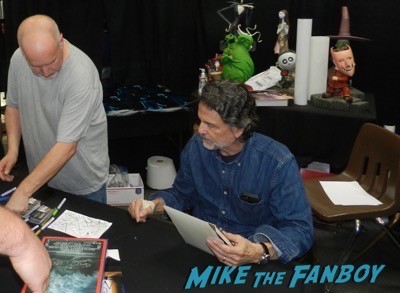 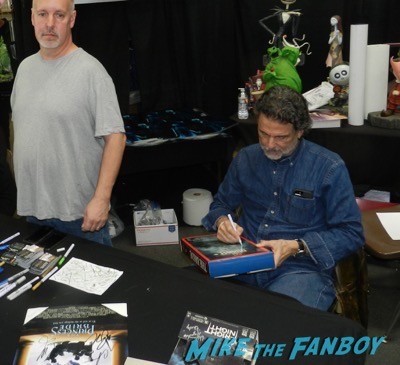 Chris looked at everything and said he never saw the Fright Night counter standee or VHS box.

He looked at the Princess Bride counter standee and even though I don’t have it set up, I showed him what it would look like with everything popped out. 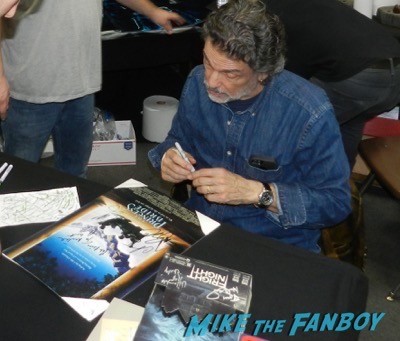 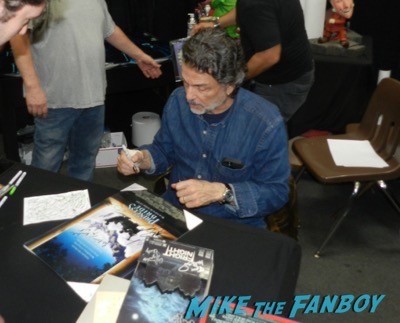 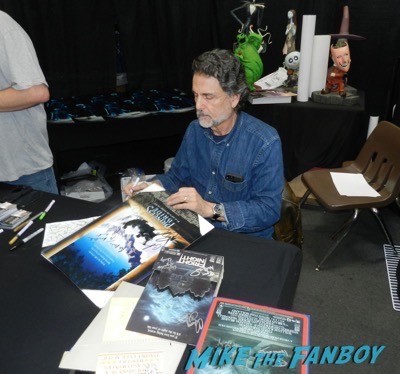 Princess Bride is a huge project but once both of these are done, it’s going to be awesome. 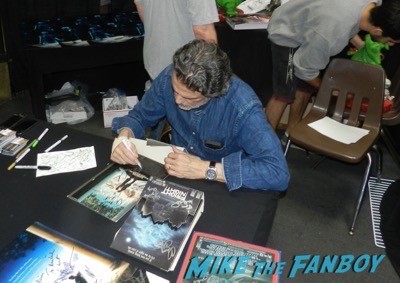 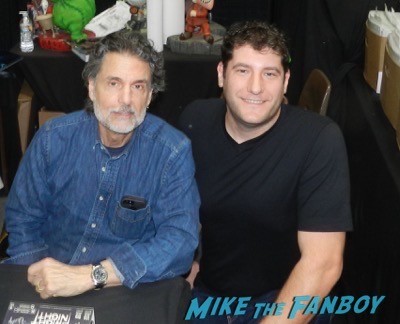 Next up, Anushika wanted to see Peter Robbins, the original voice of Charlie Brown. He was very outgoing and super chatty. He had a great selection of photos as well. 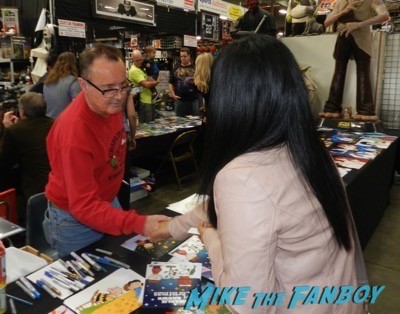 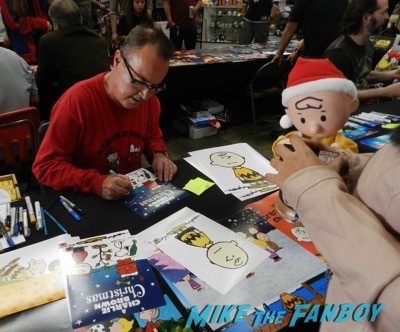 They chatted a bit and several jokes about me being Anushika’s escort followed. lol… 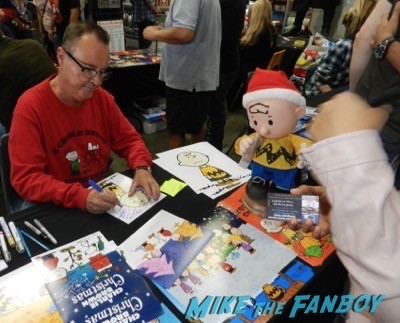 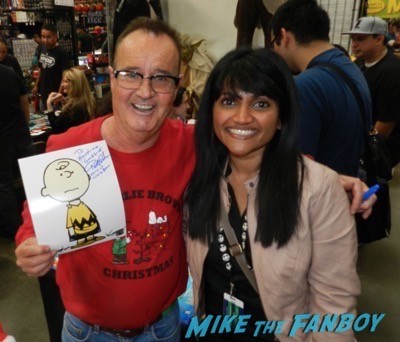 And finally, Anushika wanted to see Christopher Daniel Barnes. He is the voice of Prince Eric and also was in Starman the series. I used to love that show. 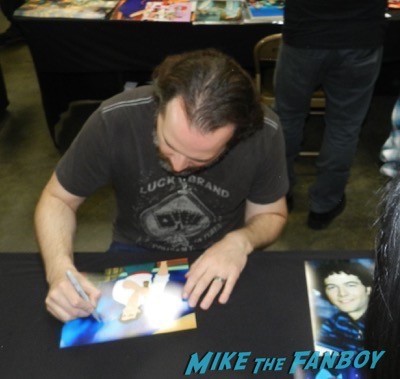 CD Barnes was super nice, and was happy to pose for photos with each of us. 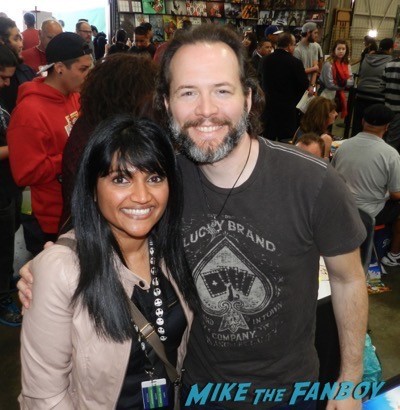 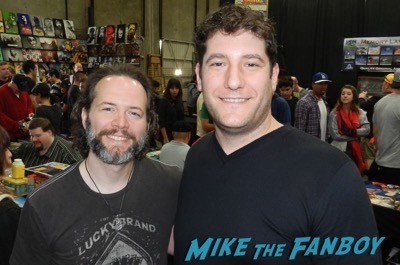 And then we walked around… Oh my, there were tons of things to see. A lot of vendors had interesting stuff. Lots of action figures, posters, games, man oh man… Crazy!

It was also great to see so many MTF Readers! Rock on guys!

It was a nice afternoon and even though my pocketbook is a little smaller we had a blast! 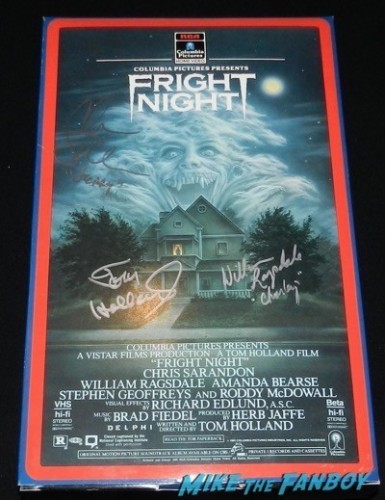 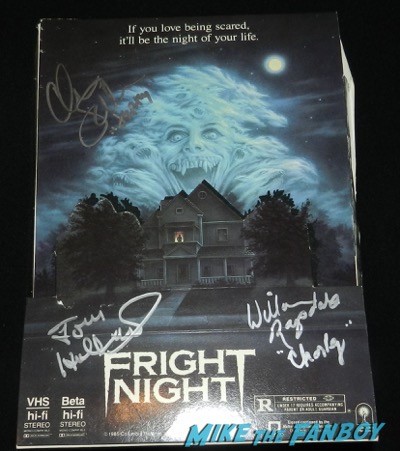 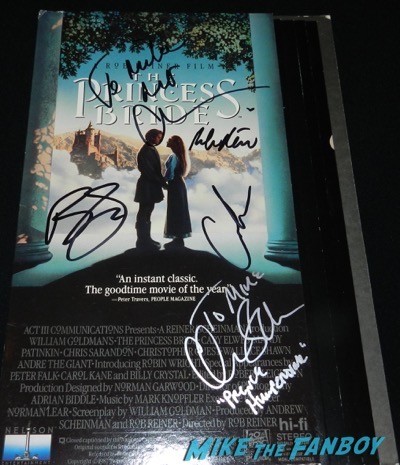 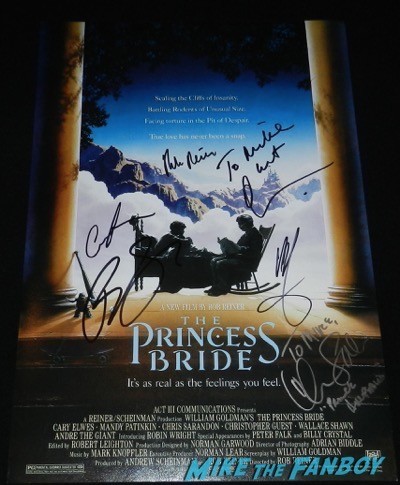