After the crazy fiasco that was the Dark Skies movie premiere I decided to take a night off, then I heard of this small event that I had to check out. Now, here’s the thing, I know a lot of you are going to go, “there so common” or “I got them so many times during this or that” personally, if I like someone a) I have a lot for them and b) every time I meet them it’s exciting!

So, when I heard that JJ Abrams and Colin Farrell were going to be out and 5 minutes away from work no less… I had to go!

I am a huge Colin Farrell fan, I know some of his movies aren’t the best but you know what. I like the guy, can’t help it.

6:15 p.m. – I just arrived and there are only two other people waiting. The carpet is green, I think that this is some Irish event. I should show them my shamrock Tattoo, I’m honorary Irish. It’s true. 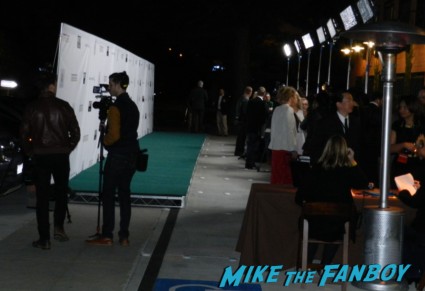 6:25 p.m. – A few more people showed up now. It’s not that bad though. I figure with all the stuff going on right now, everyone would be chasing Anne Hathaway and not be worried about Colin Farrell.

6:41 p.m. – It is so cold my nipples could cut glass. Seriously, I think that with all people in California pay, all the gas prices, etc. I should have a say in the weather. It should be 70 degrees at all times.

6:52 p.m. – Oh crap! There’s Colin Farrell. He’s dropping but is dropping at the corner and we don’t run up there fast enough.. Drat… 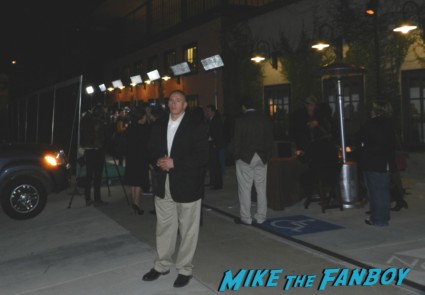 6:59 p.m. – JJ is doing interviews, hopefully, we can get him to sign autographs before he goes inside.

7:09 p.m. – JJ Abrams is done and is heading inside. We yell for him and he is such a nice guy. He comes right on over and signs up a storm. He signs my Alias mini poster first and I made sure he signed at the top because it’s dark and I have so many people on it already. 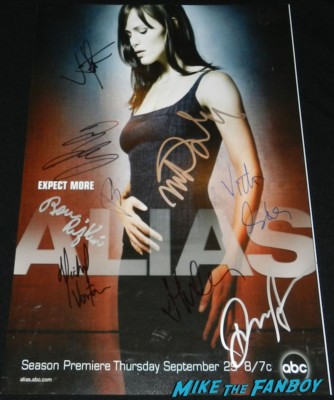 Then he signs a bunch and gets to my Star Trek Into Darkness mini poster. Why… Why didn’t I have JJ Abrams sign my first Star Trek mini poster? I already have Chris Pine, Zachary Quinto and John Cho on it. Why start something new? 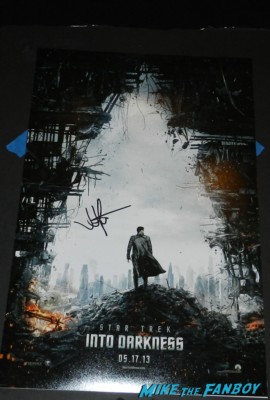 JJ is heading in but I asked him to quickly sign the Star Trek poster and he’s so nice and does it! Sweet! 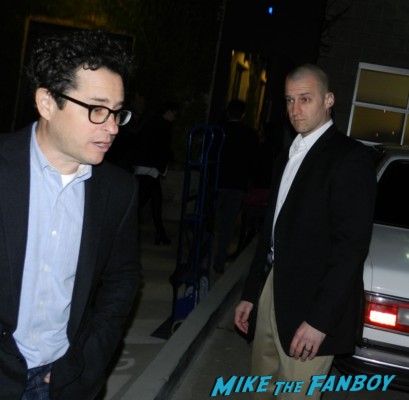 I bet everyone got multiples. LOL…. Honestly, if this is all I get tonight, I’m still happy. Plus, once JJ Abrams gets Star Wars up and running… He’s going to get killed. Gosh, I hope he stays this nice. 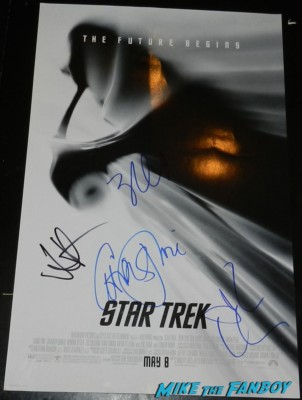 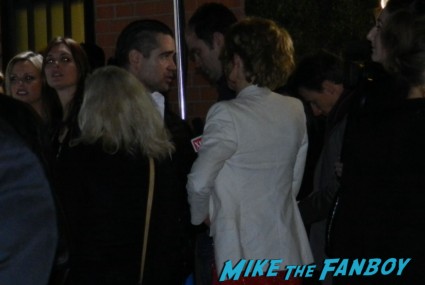 7:16 p.m. – There’s While You Were Sleeping star Peter Gallagher. Wow, I’ve never seen him in person before. He’s very nice and comes over to sign for everyone. 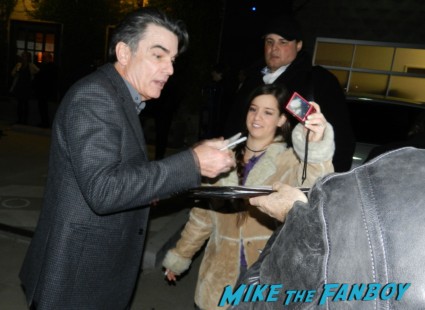 I don’t have anything, but It’s always nice to see when people are cool. 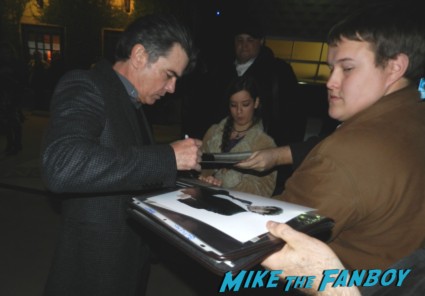 7:23 p.m. – It looks like Colin Farrell is just about done with his interviews. 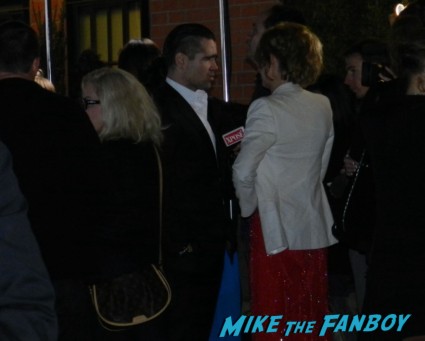 7:25 p.m. – Okay, there’s Mr. Farrell… We ask him to come over and… Holy shit! Here he comes. He says he’s going to sign one each. He signs one and then signs my Fright Night mini poster. I’ve had this poster for a while waiting for it to get done. Sweet! 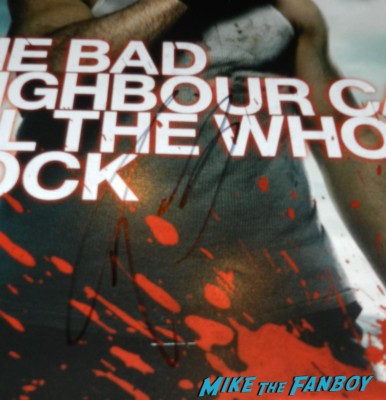 I have some magazines as well, but Colin sticks to the one each rule. 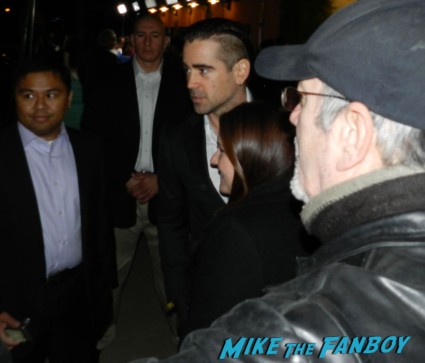 I stick around for a hot second but honestly that’s about it.

I’m really happy! I got some stuff signed it was only a little over an hour, I got great parking, I’m freezing but you can’t win them all right?

You really can’t ask for much more than that right? 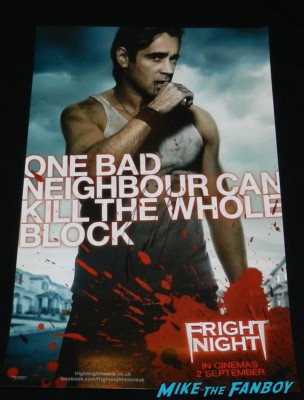