One of the most fun things about living in La La Land is the random celebrity encounter. There was one day, when I just moved here, I was making a right turn and a man was crossing the street. I paused and waved him to go ahead and cross, and he said, “Move along!” and I went. As I drove past… I saw it was Charlton Heston. He was like Moses parting the waters.

Karalee had a moment like this (Oh God, Shades of Kelly Clarkson rippled through my brain) with Criminal Minds star Shemar Moore!

Eight months to the day of moving to L.A., I got my first celebrity kiss.
Not too shabby.

Please know that for a girl from a small town in the Midwest (one stoplight, no lie), seeing celebs up-close will never get old. While I’ve definitely had my share of fun hanging out at red carpet movie premieres and checking out some of my favorite stars at talk shows and L.A. appearances, this was my first celeb run-in that happened purely by chance, luck and seat placement. (Actually, now that I think of it, that’s not true: In 2005, my friend and I were seated at a table next to Steve Martin. But let me not lose focus.)

One of my dear friends, Tamika, was visiting from Dallas and on her last night here, we, along with my boyfriend, decided to get some yummy goodness from Roscoe’s House of Chicken and Waffles (one of my favorite places). After a 30-minute wait, our party of three was beckoned and we were escorted inside to the back of the restaurant.

We sit down and I immediately open my menu, my mouth watering in anticipation of the greasy gluttony of which I’m about to partake. My boyfriend gently nudges me and asks, “Is that Shemar Moore next to us?” I look to my left and there is a large party (about 10 people). “The guy sitting in the middle,” my boyfriend continues. I see a guy in a red shirt and immediately reply: “Um, no. That’s so not him.” It was the verbal-tone equivalent of a pat on the head. 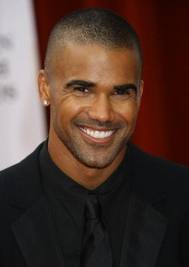 I’m immediately excited because this means sweet Tamika is going to get a celebrity photo! Because once I saw Shemar, there was ZERO doubt in my mind that this photo op was going to happen. 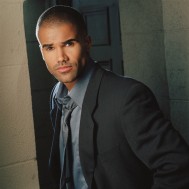 TIME OUT: For those who don’t know Shemar Moore, he’s the hottie with the body, who first gained fame as Malcolm Winters on “The Young and the Restless.” (DISCLAIMER: I was a huge fan of his on Y&R and had a picture of him up in my dorm room freshman year.) He’s starred in such films as “Diary of a Mad Black Woman” and “The Brothers,” and was host of “Soul Train.” Most recently, he’s gained a big following starring on “Criminal Minds.” One of my favorite Shemar moments was in 1999 at the Daytime Emmys when he yelled, “The streak is over — Susan Lucci!!” as he presented the legendary daytime diva her first Emmy after a bazillion losses. 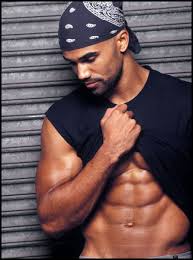 TIME IN: Shemar’s table is enjoying their meal and I tell Tamika we’ll wait until they exit and then try and catch his attention. There’s some foolish woman across the way, taking pics on her camera phone of Shemar while he’s eating. First: That’s rude and incredibly classless. Second: If you’re going to be rude and classless, don’t use your flash. Multiple times! Rookie.

Shemar’s table is wrapping up, chairs are being pushed out and people are standing. Game on! I see a woman (not Flashy McFlash) start to approach his table. I look at Tamika and tell her to get ready. “Oh, I dunno…I’m not sure…,” she says. EXCUSE ME?! “What are you talking about?” I say. She’s a little hesitant and nervous to ask him; she just doesn’t want to bother him. I say, “Don’t worry; I got this. It’s cool.” She says, “Well, are you going to get a photo too?” To which, I simply respond: “Duh!! Of course! You think this is a solo mission? Get over yourself!” We laugh, regroup and, I repeat: Game on!

Shemar kindly poses for a photo with the woman, and as he does that, I stand and make my way around our table and stand beside Shemar’s buddy, who is the size of Rick Ross. I want to be sure we’re one of the first to get his attention, because he may need to bolt. He poses for a family, hugging their young daughter and making some small talk.

Then it’s our turn. “I’m so sorry to bother you, but could my friend and I get a picture with you,” I ask. “Of course, of course,” he says and immediately puts his arms around both of us, and asks us our names. The Rick Ross-lookalike takes the pic for us and then Shemar kisses my cheek, and then does the same to Tamika. 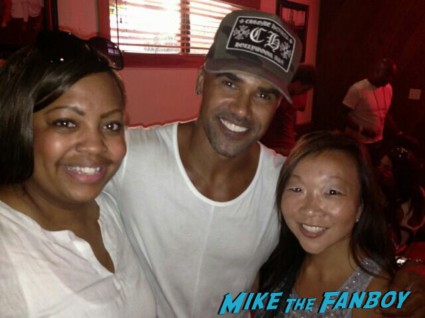 We thank him and he moves on to the next awaiting fan…because now there is a little line of women that has congregated. He stops and poses with everybody. At one point, I see him holding someone’s baby. It was like he was running for Roscoetown mayor. He was incredibly sweet, and really seemed to love meeting his fans. I can’t stress how nice he was.

One of my favorite tidbits of the night was one I didn’t see — but so wish I had! When Tamika and I sat back down from our moment of picture-taking and kiss-receiving, my boyfriend said that the girls who were at Shemar’s table (I think there were three or four of them) were mean-muggin’ and highly irritated he was taking photos with all the fans (i.e. women). Haha, HUSH! Puppies. Ease up, hoochies-of-the-hour. You can have him back in just a minute. That just really amused me. I wish he’d taken photos of them being mad.
In any case, it was a great way to end such a fun weekend with one of the sweetest friends I know. She was so excited to meet Shemar and left L.A. with a memory she’ll never forget. 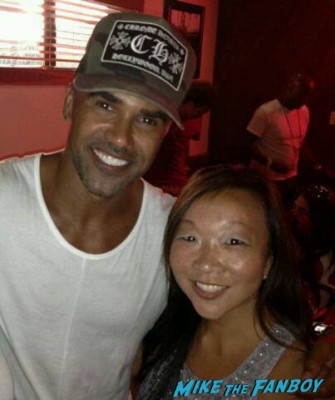