As you may have noticed, Scotty is a week behind in his column. I say Harrumph! But this week Scotty is sharing his awesome moment with Harry Potter himself. Daniel Radcliffe is super nice to fans and it’s so awesome to see someone who’s so big, so nice to people.

Many apologies to those who were waiting on the edge of their seats for my column. Ha ha! I had a couple of days of bad “fanboy” luck. I was also having internet issues. The two combined were not a recipe for an article. This week I am writing about my encounter with Harry Potter himself, Daniel Radcliffe. I have met Daniel before, but have not had good luck getting a picture with him. I finally had another chance to meet him. As usual, Daniel was a class act. He both signed and took photos with fans. I got my picture taken with him! Hooray! He appreciate his fans, which many pop icons don’t always take the time to do. Thank you Daniel for making the night wonderful! 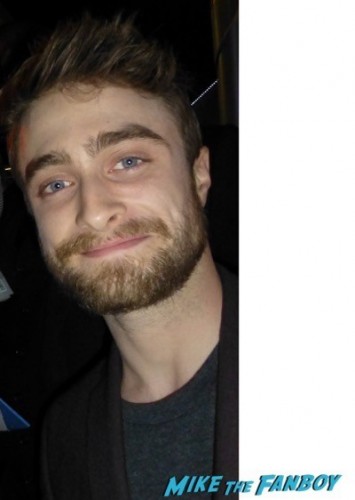