I’ll tell you, I’m going to have to jump on a plane and head over to sync up with James! The boy has the luck of the Irish! And speaking of Irish he headed out to meet the Irish lads fro Kodaline. They were performing at Radio 1 and who did James run into…

HARRY POTTER! I guess that happens a lot in the UK right? Harry Potter, AKA Daniel Radcliffe is just hanging out on the streets… NOT!

knowing that who I wanted to meet would be at the BBC live (thanks Fearne!), I headed over to the BBC today to try and meet the awesome Irish band Kodaline after their Radio 1 Live Lounge session.

I arrived to find that I’d just missed comedic legend Ronnie Corbett, although it turned out he only signed a handful, leaving a fair few people disappointed. Martin Clunes, star of TV shows including Doc Martin and Men Behaving Badly arrived not long after I did; he kindly signed 2 Doc Martin DVDs for me and posed for a photo with me. 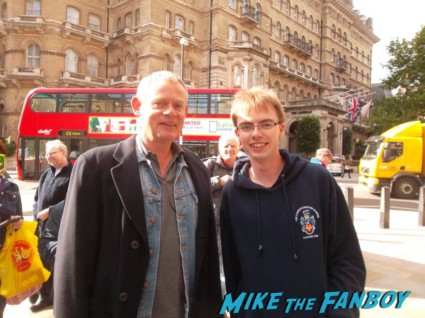 Kodaline left after their Live Lounge set, and were more than happy to sign my CD sleeve and to pose for a group photo with me. They spent a while chatting before going off to catch a train, which was nice of them. If you’ve not heard their music before go and have a listen, it’s really good! 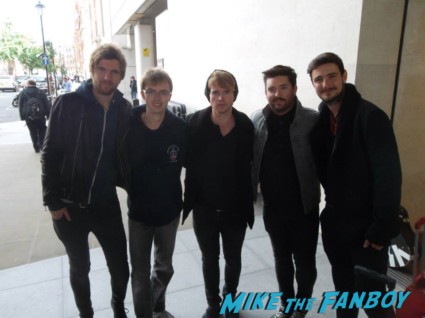 Bill Medley (The Righteous Brothers) arrived for the second time in three days, so I got an index card signed for a friend; not often someone appears twice in a couple days!

The day ended with a pretty nice surprise, Harry Potter himself Daniel Radcliffe arrived unannounced, and said he’d sign on his way out. True to his word he did; 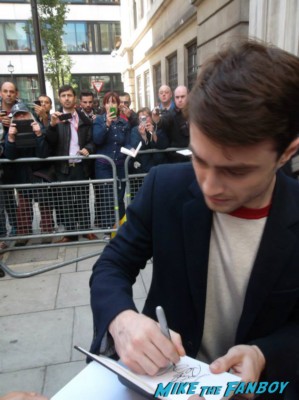 I got an index card signed (again, since gone to a friend since I’ve met Daniel twice already this year), and a photo with. Finally got a photo with him that I actually like! 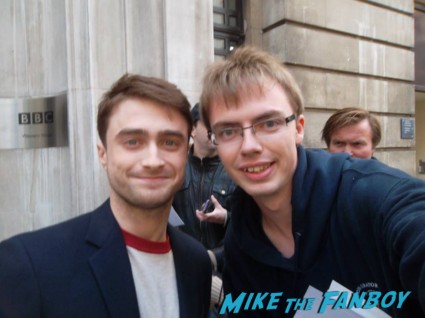 Not a bad day again, it’s been a good week for me!

Check out James site for more adventures in the UK!