Sometimes when you’re out and about, you meet someone and you just don’t know what you’re going to get. MTF Reader and all around awesome guy Jim, had an experience just like that with comedian Dave Chappelle!

Jim ran into Dave three times and each time it was like meeting a different person. I found that so odd and interesting.

Such a great read!

Check out Jim’s full encounter after the jump!

So recently the Oddball Comedy Tour came through Pittsburgh and it just happened to be the night after the Hartford show. You all might remember the Hartford show from the internet. It’s where Dave Chappelle got a little nutty and left the stage.

Well it’s now the next day and I’m at work trying to get through the day so I can go to the show that night. At lunch that day I was out for a walk and ran into Dave Chappelle’s bus. Being a true fanboy I did have some items on hand in case I ran into anyone from the tour. I hung around the bus for about 10 minutes when Dave jumps off. I walk over and have a pretty nice conversation with Dave about the show tonight and a past show I saw in Cleveland. I’m the only one there and ask him to sign a picture, he says not now cause he’s worried about signing for everyone. Did I mention i’m the only one there and oh at this point I wasn’t really talking to Dave but Leonard Washington, one of his characters from the show and he’s high as a kite with a cigarillo hanging out of his mouth. That was a great experience. 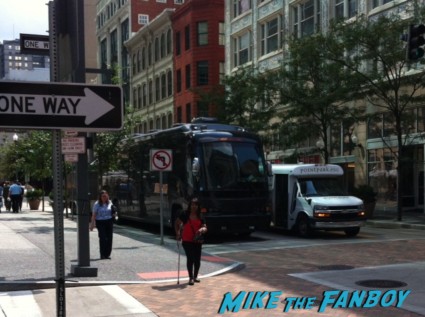 So at this point I really can’t stick around to see if he comes down so I go back to work for a bit. About an hour later I walk back over and, no kidding, 2 minutes after I get there Dave comes walking by. I ask him to sign and he gets all paranoid about getting mobbed and all he wants to do right now is go for a walk but he’ll sign for me later (again I’m the only person).

I stuck around and about 30 minutes later he comes back through, thanks me for being a fan and then signs my picture, only one and he wouldn’t do pictures. At this point he was really nice but real dodgy, I guess I’m just happy he signed. 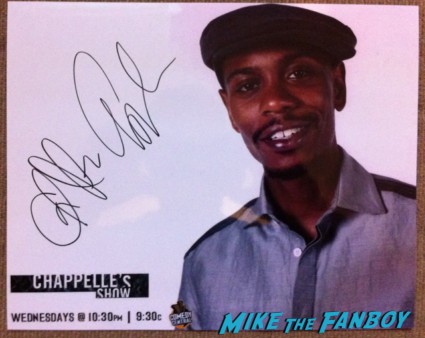 I called a buddy of mine and he went over after i left, ran into Dave and he says Dave ignored him completely. So who knows what you’ll get with this guy. Every conversation was like meeting a new person. On a side note the show that night was awesome, he was hilarious and said he’d be back on a solo tour in the winter. Here’s a couple pictures I took from my seat. 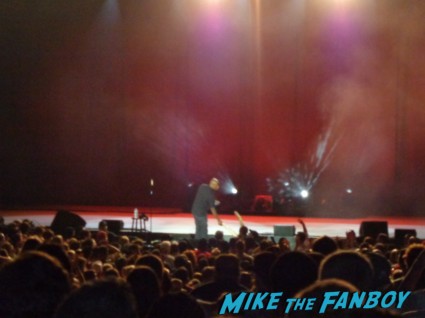 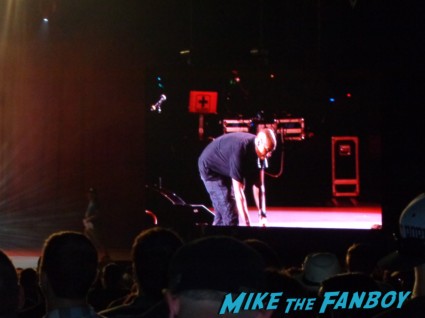 Have a good one.
Jim