Electric youth
Feel the power, you see the energy
Comin’ up
Coming on strong

I have to tell you, I’ve secretly loved the Gibson forever! I remember when I was a tender youngling seeing her Electric Youth perfume and wondering how they got that squiggle inside he perfume bottle. Face Palm! LOL…

Hello, my lovelies. Pinky Lovejoy here thinking about music…no, not the mix that we’ll play at our wedding (sorry, I’m a little wedding-obsessed at the moment, as it seems to be rapidly approaching…), but the music of my (electric) youth. Music that was catchy, filled with bubble-gum tunes, and, if I were really lucky, played at the mall by the reigning mall queen. 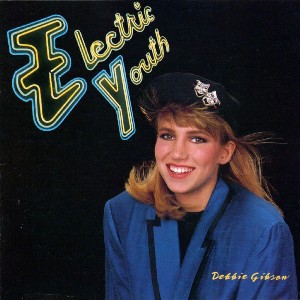 Yes, that’s right, my friends, back in the day there were two main acts who seem to gain fans and momentum by playing concerts in malls all across America. While I wasn’t lucky enough to have witnessed one of these concerts in person, I did enjoy watching both Tiffany (no last name) and Debbie (before she was DebORAH) Gibson battle it out on MTV and VH1 (back when both channels actually played music videos). 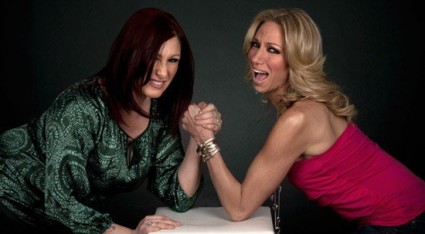 If hard pressed, I’ll admit to having owned BOTH of their cassette tapes (yes, I said cassette tapes) and could probably still sing every word to every song. In fact, one of our high school dances even had “Lost In Your Eyes” (Debbie’s song) as its theme. 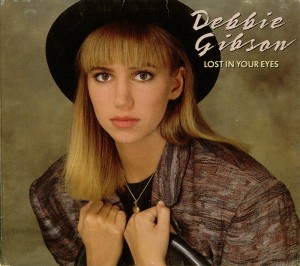 Back in January, Debbie Gibson was a guest at The Hollywood Show at its new location. Debbie had one of the booths in the front and her line was PACKED! I guess I shouldn’t have been surprised as she was a pretty big part of our (electric) youth (or was it “only in my dreams”?). 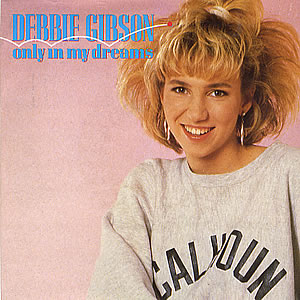 Debbie was incredibly friendly and kind to everyone in line – she was just as nice in person as she appears to be on Twitter, which is always cool to see. Back in April when we were at the Chiller show in New Jersey, Debbie was so popular she had an entire room all to herself and her line was constantly out the door. Very impressive! I’d hoped to see her at the show, but I never saw her walking around or at any of the after parties. Bummer. Regardless, I was still happy to have had the chance to meet her in January. Our pic is pretty cute. 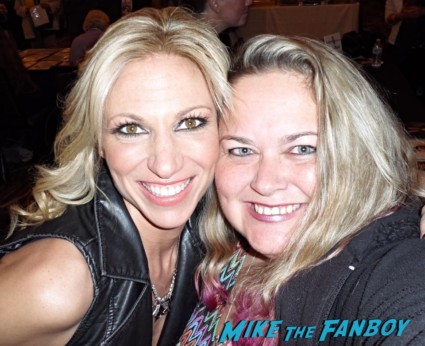