For this weeks Cult Classic Corner, Jack is talking about a film that… Okay I just rewatched a month or so ago. It’s a fun one, not the best film of course but still a film that is fun nonetheless. I’m talking about the Brad Pitt and Eric Bana film Troy.

Jack was able to meet Helen of Troy herself, Ms. Diane Kruger recently when she was out and about promoting her new series on FX.

It’s funny how Hollywood works sometimes. Every once in awhile an actress come around, but doesn’t necessarily connect with audiences instantly. That’s the case with today’s subject Diane Kruger. Her recent body of work like “Farewell, My Queen” and “Inglorious Basterds” were amazing, but when she first came on screen in “Troy” I didn’t know how to react.

“Troy” is best known for showcasing Brad Pitt’s muscular physique and I doubt there is a woman who doesn’t love this movie. As a history buff, it was cool to see all these iconic Greek heroes on the big screen in an amazing epic movie. For those unfamiliar with the classic story of Achilles and the Trojan War, let me refresh your memory.

Achilles was a Greek hero and considered a demigod impervious to weakness except for one part of the ankle, which has since been dubbed the Achilles’ heel. Spartan King Menelaus is married to Helen of Troy, who leaves him for Paris, Prince of Sparta, which starts the Trojan War. Helen’s beauty was so well regarded that she inspired the phrase “The face that launched a thousand ships.” Menelaus recruits his brother, Agamemnon, to help out and assembles an impressive army to attack troy including Odysseus (who later received his own “star” treatment in Homer’s “The Odyssey”) and Achilles.

For those unfamiliar with the “Iliad,” “The Odyssey,” and have never seen the movie I don’t want to spoil anything. It’s a great epic film that contains enough action and shirtless men to satisfy both men and women respectively. The film stars Brad Pitt, Eric Bana, Orlando Bloom, Peter O’ Toole, Brian Cox, Sean Bean, Diane Kruger (as “Helen”), Julie Christie, Saffron Burrows and Rose Byrne. Directed by Wolfgang Peterson (“Das Boot” and “The Perfect Storm”), it’s a fun film to enjoy.

Recently Diane Kruger was out promoting her new TV show, “The Bridge” and I decided to check out a talk show appearance. Fortunately for me the “Pacific Rim” premiere was happening that day and helped the situation with less people attending. Unfortunately a nice big truck blocked arrivals when the guests started to arrive (the other guest was Kevin Bacon).

While everyone called out “Diane,” we later found it was Kevin Bacon and when she finally arrived, Diane was whisked away backstage. Playing the waiting game is always fun, but luckily everyone there that day was cool. It was weird hearing a few people brag how they got photos and autographs with Kevin Bacon earlier in the day when he first arrived for sound check. Still, it’s kind of creepy to have met someone merely hours before and already have your photo developed hours later. To each their own.

Suddenly we someone walking out… It’s Diane. 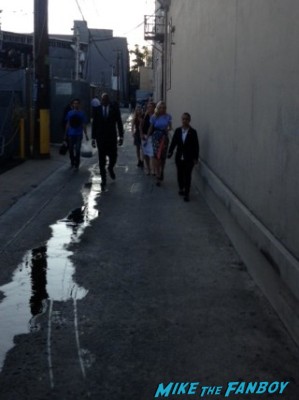 She walks straight over to us and goes left to right signing. 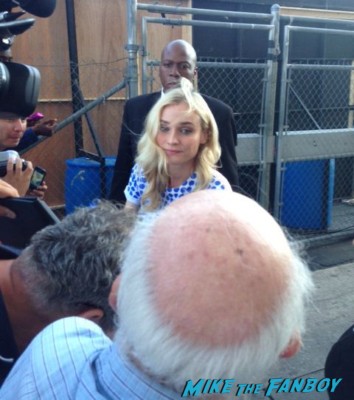 I manage to get my Entertainment Weekly signed and my copy of “Troy” as well. Luckily no one is being pushy or crazy so it’s relatively calm. 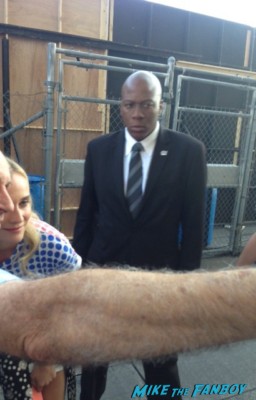 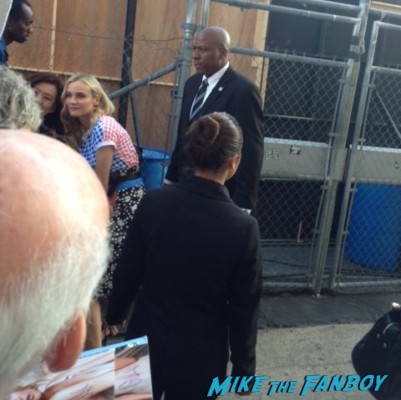 Suddenly a collector complains about Diane’s autograph and asks for her “full,” which she scolds him to say, “That is my autograph” after personalizing it to him. 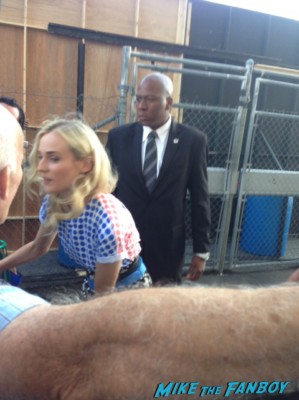 Still, she’s in good spirits despite the wind picking up and takes photos with several people. Overall, she was very nice and pretty cool with everyone. 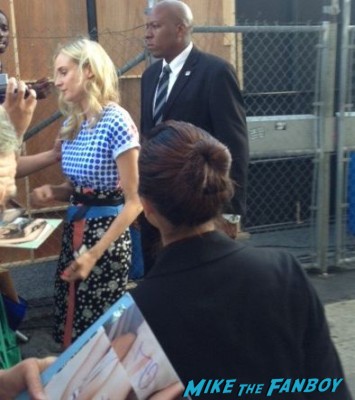 Glad I made the trek out and went two for two that night with autographs (Kevin Bacon and Diane Kruger). Until the next time, happy autograph hunting! 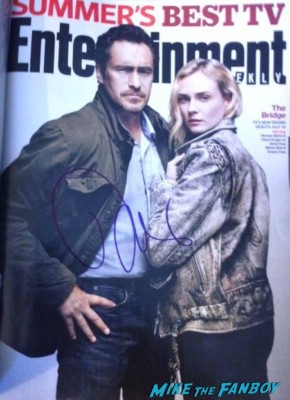 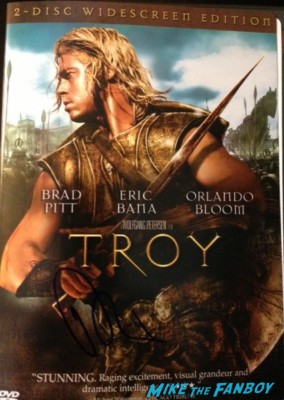