Home / Fanboying! • Jekyll or Hyde! / Jekyll Or Hyde! Edward Norton Is… Wait For It… NICE! He Still Dissed A Bunch Of People… But To Me… He’s Nice! Say Wha!?!

For this weeks Jekyll Or Hyde, I decided to take a look back and when I met Edward Norton. Honestly, I have heard nothing but horrible things about Edward, seriously it was like, don’t even bother, he’s a jerk, he’s nasty, etc…

Still, I figured… Hell I have to try.

There are tons of people here, most mainly for Leighton Meester from Gossip Girl. I decided to wait at the end of the line even though Suddenly Susan, Pinky and Scotty saved me a spot. 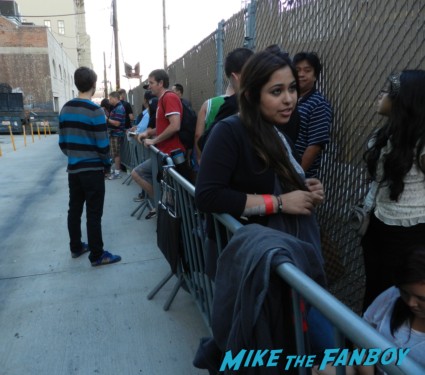 I didn’t see Edward Norton arrive because I came late. With all the horrible things I’ve heard I wasn’t going to put much time into today, you know? 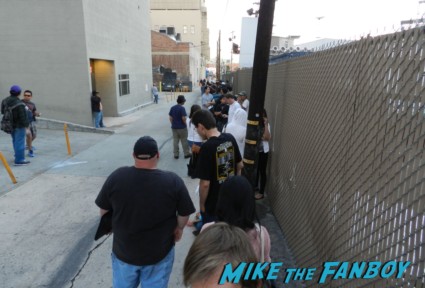 Edward Norton is leaving and nothing. Not even a wave. 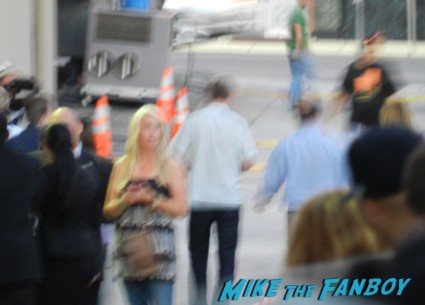 I was talking with another fellow collector who is sadly no longer with us and we decided to saunter, around the corner to see Ed leave in his car. I’m at the end of the line already what does it matter.

To my amazement, Edward Norton has pulled his car over and just started signing!

He stopped his car right at the corner behind the studio. It’s only about five people so it was easy to have him sign the Fight Club poster. 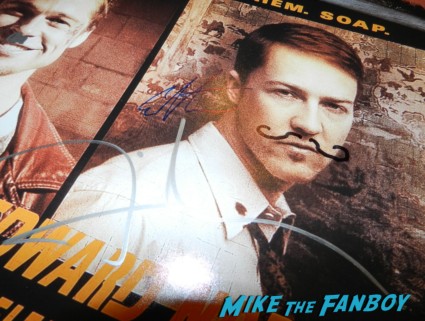 Then I grab the Incredible Hulk mini poster and Ed has no problem signing that as well. He even made sure he signed it in a spot where you can see it. 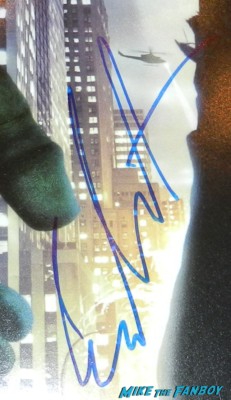 I’m really happy, even thought Scotty was a tad ticked. lol… I just don’t understand why people don’t sign when it’s at least somewhat organized and then sign for people who run after your car. Even though it worked out for me this time, there are a lot of times when it doesn’t so… I dunno… It just makes me shake my head. But hooray it worked out for me this time. I wish Edward had a better pen and a larger signature but you know, what can you do right?

Edward is a really hard signature to get so I’m happy about that. It was cool of him to stop, not cool of him to not sign for all the people waiting though… lol… Gosh I’m so torn on this one!

Still for me at least it was an awesome day!

So, on this day, Edward Norton was definitely Dr. Jekyll!!

For being shockingly awesome, Edward Norton gets the Happy Theo Award! 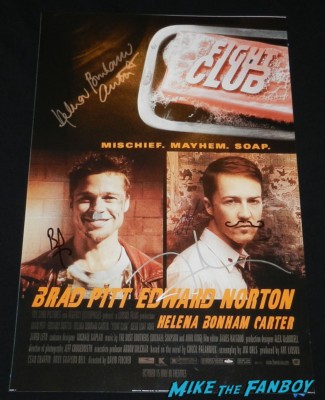 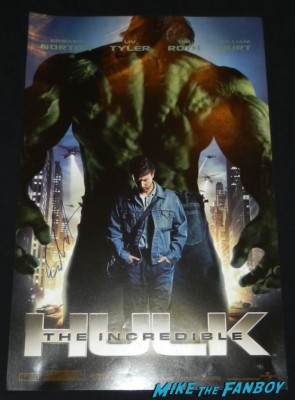