I’m a tired fanboy. Bushed if you will.

And yet… I push forward. Monty Python is a huge deal for a lot of people. To be completely honest, the comedy troupe has never been a staple in my viewing. I don’t know why, I’ve watched Life of Brian, Holy Grail, etc… It’s just never been my thing…

Tonight John Cleese is doing a talk with Eric Idle and as you know, or maybe you don’t… Eric Idle was the Bike Rider in European Vacation and he was hilarious.

I headed over armed with my National Lampoon’s European Vacation counter standee and my mini poster as well. I’ve never seen Eric Idle out and about before, so I figured I better at least try to meet him.

Big Mike said he was going to go as well, so after I arrived and realized I had some time to kill I walked around, spent some quality time with myself, pondered deep thoughts and then ran into Big Mike.

We caught up, talked about life, liberty and Parliament.

In fact, I had to say, “Look kids, Big Ben – Parliament!” maybe every fifteen minutes.

I would have loved to check out the actual talk but sadly I had a previous engagement.

Thankfully, it was a nice night. DVD Dave joined us and said that Eric Idle was super nice on the way in, John Cleese didn’t even look.

To be honest, I don’t have anything for John Cleese, even though I really like him.

There were only a few of us waiting, and then the show let out. What was a small group turned into about 25 ugh.

Then we spied living legend Mr. Tim Curry. He was visiting the two Monty Python stars. It’s good to see Tim out and about. I love him, such an amazing actor. I keep praying for his health to continue to improve!

After a few more minutes out came Eric Idle, we asked him to sign and he looked over and said, “Sure!” 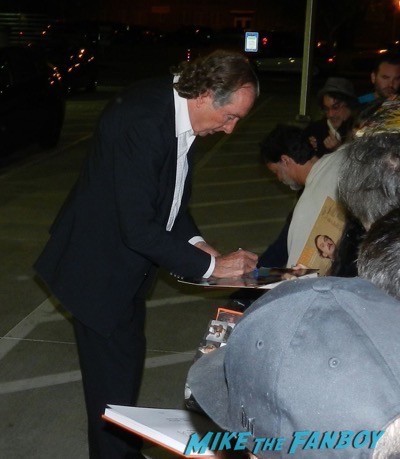 The man was so kind, he walked to the end of the line and started signing for everyone. 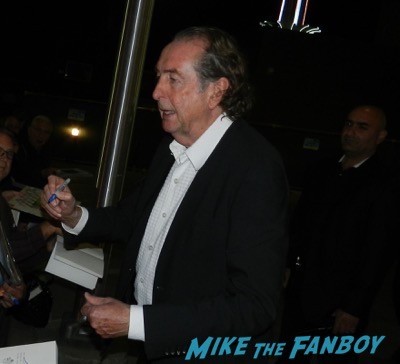 Eric signed everything and anything people had. He looked at my poster and said, “Vacation!” I told him how much I love this movie, and he said, “Oh yes, Chevy Chase.” 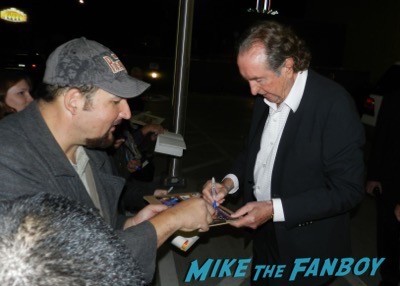 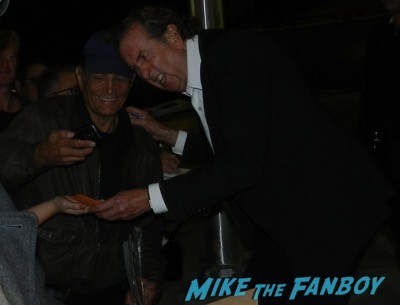 He then went down the line and signed for everyone. So so nice. 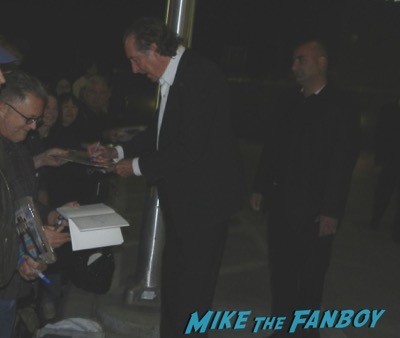 A few minutes later, John Cleese came out and jumped in his car. Doh.

I have to tell you, I’m super excited! I never really thought I would even see Eric Idle. 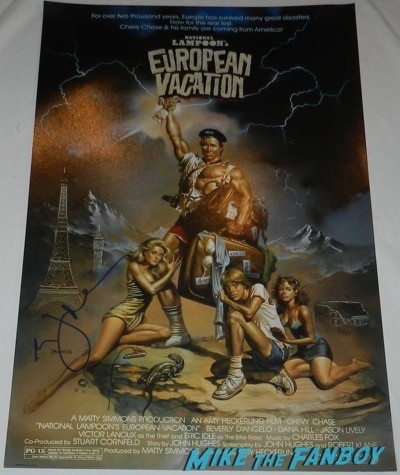 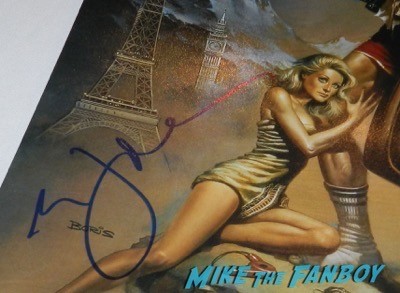 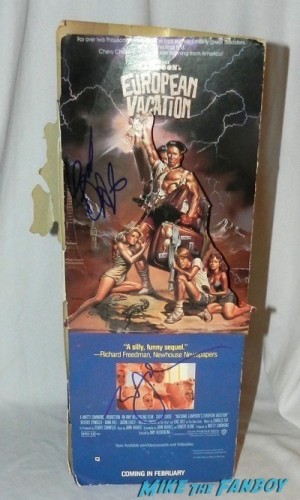 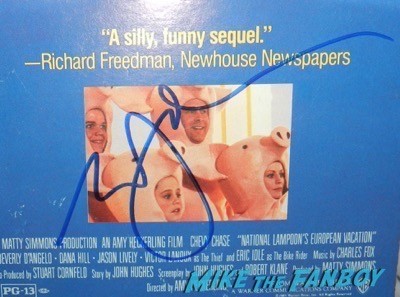