Home / Fanboying! • Jekyll or Hyde! / Jekyll Or Hyde! Meeting American Horror Story Star Francis Conroy! And Wait For It… This Time… She Was A Doll! Autographs! Photos! Six Feet Under Sauciness!

There are just some people who are not that fan friendly. I mean it sucks if you like that person, but honestly I would rather someone be upfront about it rather than pretend to be all nice like Tobey Maguire.

I don’t know if you read my first encounter with Six Feet Under star Francis Conroy… But… Basically I met her one on one without crowds and while she signed she was not happy about it.

In fact, I pretty much got chastised for not having a job at the time, not going to her play and for my choice of DVD to bring to get signed for a friend. Not mine mind you, but a friend.

So, when I saw that Francis Conroy was playing Ouiser in a production of Steel Magnolias, one I found it fitting for her to be playing that character but two I didn’t have much hope of meeting her again.

Now, that night was also the night I met Elizabeth Perkins for the first and as of right now only time. So, once that happened nothing else really mattered at all.

But still, since I had passes into the party I might as well enjoy it right? So I did. In the party, Liz and I asked Francis if she would mind taking a photo with us, Francis said, “Sure! Let me take off my glasses so we can get a better photo!” I did a double take, and was like who is this!

Francis kindly took a photo with me and with Liz. 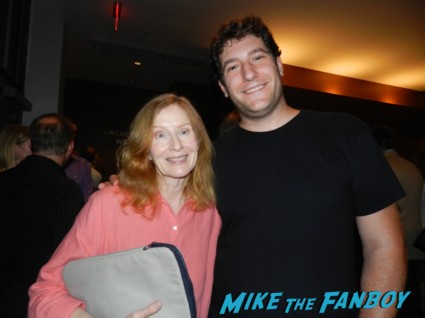 We actually chatted for a bit about the play and Francis said, “It’s always good to just keep working.” LOL…
I was so taken aback and so happy to have had such a pleasant encounter! I mean who knew?!?! 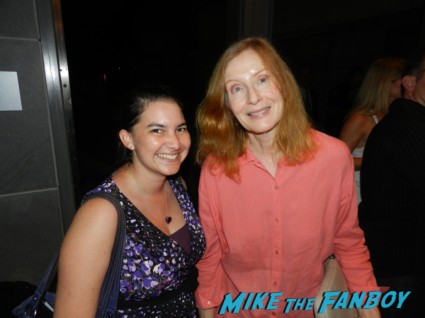 Like I said my first encounter she said autographs were weird, quizzed me if I saw her play and then acted like I was a vagrant. In fact her friend who was with her felt so bad for us he apologized FOR HER!

This night… She was a doll!

So, on this day, much to my delight Francis Conroy is Mr. Hyde!

For being so cool Francis Conroy gets the Happy Theo Award!