James is out and about for some more awesome peeps. First off he spotted one of Scotty’s favorites in Ana Matronic from the Scissor Sisters. Who doesn’t love her? Even though real life animatronics scare the crap out of me. Ohhh scary.

The band Haim was doing a live lounge and James really wanted to meet them.

Check out his full report from the BBC after the jump!

Third time at the BBC in a week for me, which is rather unusual for me. However, with Radio 1′s month of Live Lounge performances drawing to a close, I decided one more trip would do no harm. With the upcoming American band Haim doing the Live Lounge honours today, I made a quick trip up to see if I could meet them.

When I arrived I saw a couple of collectors I know, waiting by a nice car who’s numberplate indicated a musician of sorts was inside the studios. None of us knew who it was, but decided it was worth waiting for a little while. Sure enough, 5 minutes later singer Janelle Monae came out, and signed an index card for me. A nice start to the day!
Not long after author Bill Bryson left, and was more than happy to sign an index card and to pose for a photo with me. 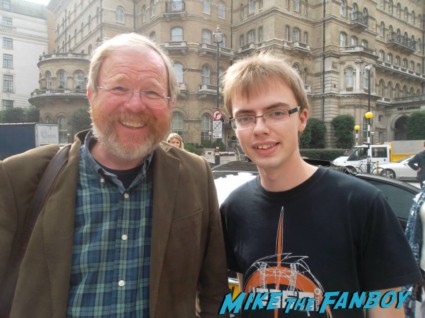 BBC presenters Vanessa Feltz, Lauren Laverne and Scott Mills all walked past to leave or get to work, but I left them since I’d met them before. I headed over to Radio 2 to be told I’d missed Mark Owen of Take That, and that Strictly Come Dancing judge Craig Revel Horwood was inside. I waited a couple of minutes incase the people waiting had not recognized anyone going in, and what do you know? Out came Ana Matronic of the Scissor Sisters, who was happy to sign an index card and pose for a photo with me. When I started this hobby back in 2005 I made a list of people I’d like to get an autograph from; the Scissor Sisters were on there. 8 years later, I’m one down, which I was very happy about! 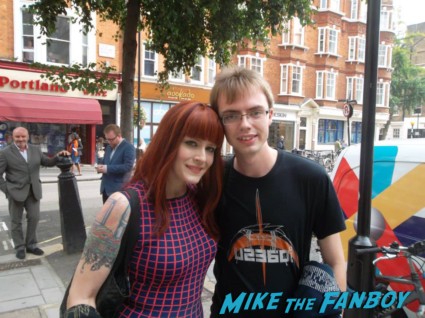 After quite a long wait, Haim (Este, Danielle & Alana) left the Radio 1 studios and all signed an index card and posed for a photo with me. I saw them live supporting Mumford and Sons at the Olympic Park in the summer, and I thought they were really good live; they appreciated me telling them this. Their debut album is released next week, and it’ll be one I’ll add to my collection. 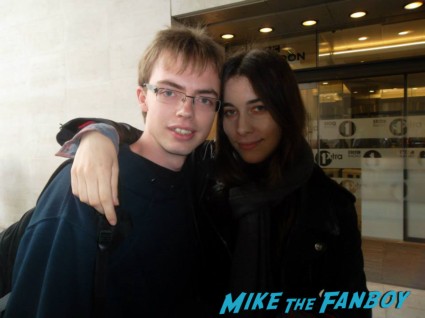 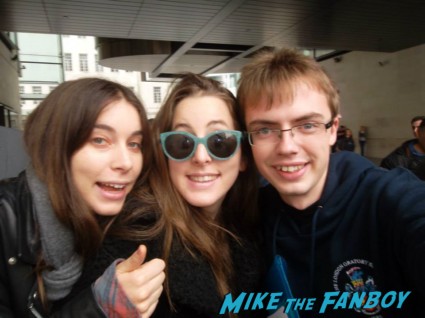 Headed home happy – I met who I’d gone out for, and had a nice surprise in there too. Not a bad day!

Make sure and check out James website for more UK adventures!