James our resident UK fanboy has been out and about on the streets of London! His goal this week? To meet Heroes and Scream 4 star Hayden Panettiere. Now, I’m not even sure if I’ve met Hayden Panettiere… I know right? I should have at some point right?

Save the cheerleader save the world.

Heroes was so good season 1… And then… Wow…

Anyway, James met a bunch of people throughout the week! Make sure and take a look at his site and Check out his full recap after the jump!

Another couple of days in London for me, this time finally getting one of my most wanted autographs! Here’s a write up of the two days.

I started the day at the This Morning studios on the South Bank. Johnny Vegas, comedian star of Benidorm, came out and signed an index card and posed for a photo with me. TV presenter Stephen Mulhern signed an index card (I’ve got a photo with him before before). Coronation Street & Waterloo Road actress Denise Welch posed for a quick photo before doing an outdoors shoot before Loose Women started live. 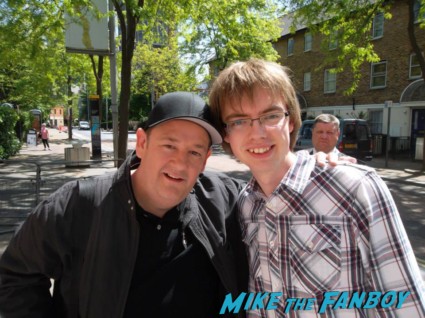 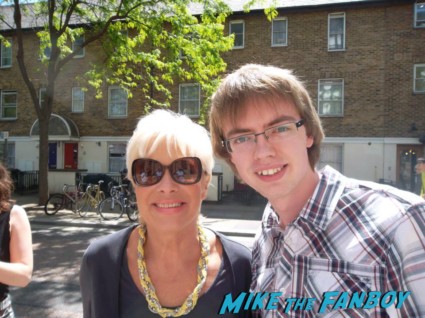 Larry Lamb and Alison Steadman, two stars of Gavin & Stacey came out, and both signed for me. Larry signed my Gavin & Stacey book (Alison’s signed it before), becoming the fourth signature in the book. I also got a photo with the two of them together.
  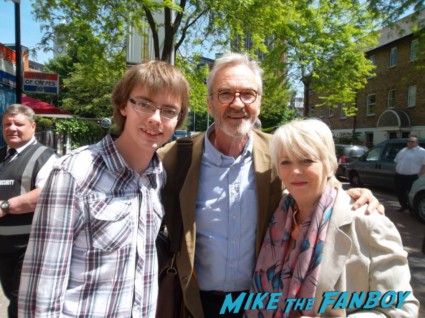 Headed to the Regents Park Open Air Theatre for Robert Sean Leonard of House fame, but had missed the cast arriving so instead made the most of the good weather and sat in the park for lunch. Followed this by having a look at the BBC studios, where I got a photo with broadcaster Nick Ferrari. Had some time to kill before matinees end so had a look at the Ivy; Brideshead Revisited and King’s Speech actor Anthony Andrews and presenter Richard Bacon both happened to walk past, so got index cards signed by them, and a photo with Richard.
  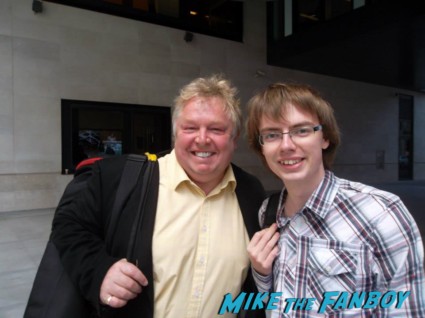 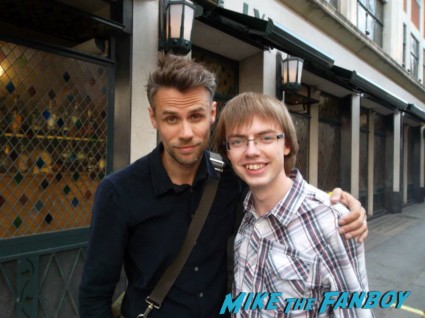  
Another collector came by and said he expected Daniel Radcliffe to arrive for theatre rehearsals soon at the Noel Coward, so headed over but no sign of him. However, I did see Felicity Kendal leave the adjacent theatre, and Jonathan Coy and Emma Amos were having dinner outside a restaurant but didn’t disturb them. Headed over to the Duchess Theatre where I met Alex Jennings (The Queen) and Gabrielle Lloyd, who both signed index cards, and Alex also kindly posed for a photo with. Actor James Gaddas (Bad Girls) walked past so got an index card signed.
  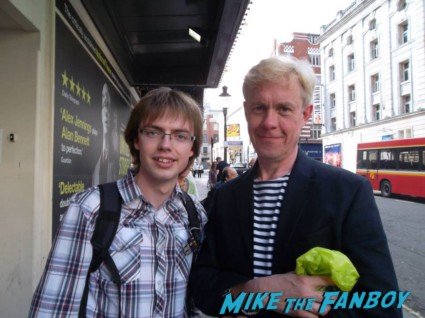 Headed to the Donmar for a second time this week; the awesome Brian Cox signed an index card (which I got for a friend), Peter MacDonald signed an index card, and Dervla Kirwin (who’s been hard to spot during the run as she’s used a number of different entrances) signed an index card for me and posed for a photo. Sadly, however, again there was no sign of Ardal O’Hanlon. But certainly not a bad day.

I was expecting Heroes and Nashville star Hayden Panettiere to pre-record an interview at the BBC today, so I headed over to the studios. Gaz Coombes of the awesome band Supergrass arrived, signing an index card and posing for a photo with me. Quite a big Supergrass fan so this was a nice surprise indeed.
  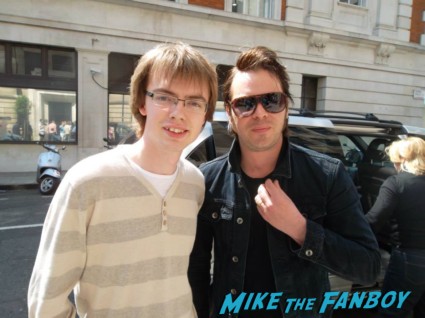 There were about 15 people waiting for Hayden, so had a good feeling she’d turn up. However, I happened to see a tweet that gave a strong indication of somewhere she’d be, and roughly when, so me and my friend went over. 20 minutes later, with only two of us waiting, she appeared with a PA guy and I think her mum. She kindly signed my autograph book and posed for a quick photo despite the PA guy trying to persuade her to not stop for us. Awesome! I’ve been asked to not post where, so I won’t, but it was pretty awesome to meet someone I really like with just me and my friend waiting.
  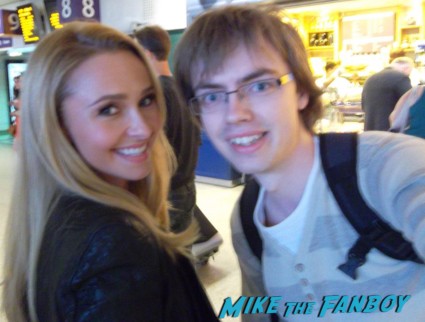 Headed back to the BBC expecting her to arrive before we did (car vs. foot!); she hadn’t, and never did. I made the right choice! she hadn’t signed at the “Glamour Awards” on Tuesday, and no one had found her hotel, so I was very lucky! However, comedian Lee Mack and theatre actor Michael Ball arrived and kindly both signed index cards and both posed for a photo with me. 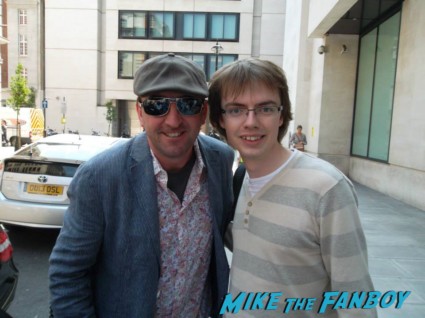 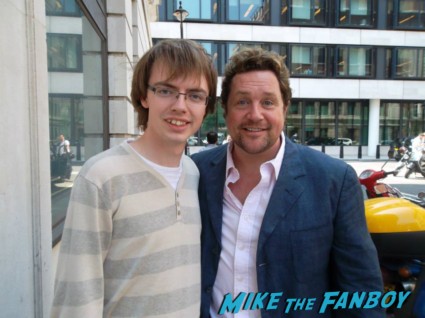  
So happy to have met Hayden. As it happened, she turned up at the BBC on the Friday and apparently signed one each for the people waiting, but didn’t pose for pictures. So I’d still like to think I was fairly lucky to get her in such a low key environment. Took a big gamble and it paid off!