Home / Awesome Anushika • Fanboying! / Ian McKellen! Anushika Heads To The Big Apple And Meets The Lord Of The Rings Star! Autographs! And More!

Awwwwwww… Awesome Anushika is in the Big Apple, the city that never sleeps, where the lights are bright… Yep, she’s in New York! I’m so excited for her!

One of the reasons she headed to the Big Apple was to meet Sir Ian McKellen before his play with Patrick Stewart closes this weekend. Sadly, it was raining the entire time and she was soaked head to toe! Doh!

Hello from New York City!!!!! =D Yup, I’m visiting NY for the very first time. I know…I know, what took me so long? I have no idea, it just never worked out. Anyway, I finally managed to get my butt over to the Big Apple. I have friends and family out here and I’ve always wanted to visit. However, what brought me over here on this specific weekend? Good question. It happens to be the final weekend for none other than Sir Ian McKellen and Sir Patrick Stewart’s play, Waiting for Godot. When our Lovely Erica informed about the play getting extended to this weekend, I just had to make this trip happen. 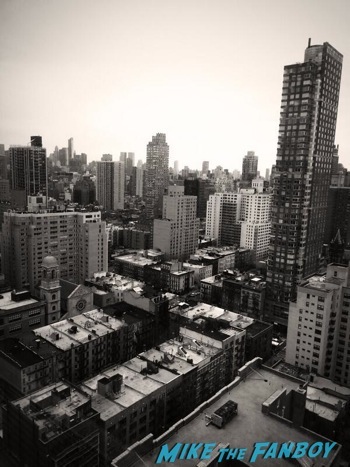 I just landed in JFK Saturday morning and headed over to my friend’s place. Wow this city truly is a concrete jungle. I had tickets for the 8pm show. It’s pretty cold out here and unfortunately it started to rain. NOOOOO!!!! I kept my fingers crossed for dry weather later on tonight, but the rain just never stopped. Oh well, what can you really do right? I just have to make the best out of it.

It’s around 7.30pm right now, and I’m heading over to the theater. The streets are packed and insane. The rain is just making everything even more chaotic. I still don’t know how I made it over to the theater without getting hit by a car. The line was pretty big outside, but it moved pretty quickly. 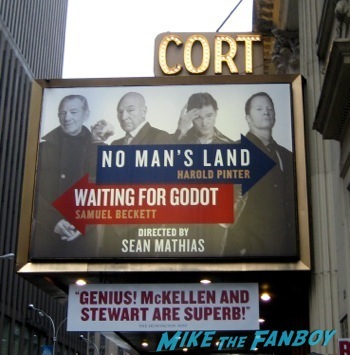 Once I got in, I found my seat to settle down and wow I had no idea how close I was sitting. I had no idea what to expect since this was my very first play on Broadway. I was really happy and my excitement kept building. The play was absolutely AMAZING!!!! =D 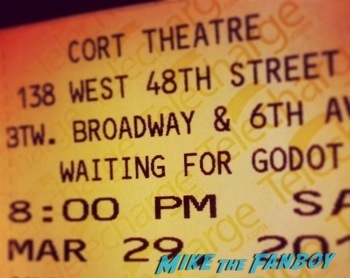 The whole cast was just simply BRILLIANT!!! I couldn’t stop laughing. The chemistry between Sir Ian McKellen and Sir Patrick Stewart was beyond AWESOME!!!! It was such a privilege to see these incredible actors live. Needless to say, I enjoyed every minute of the play. 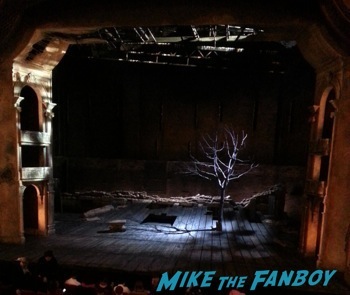 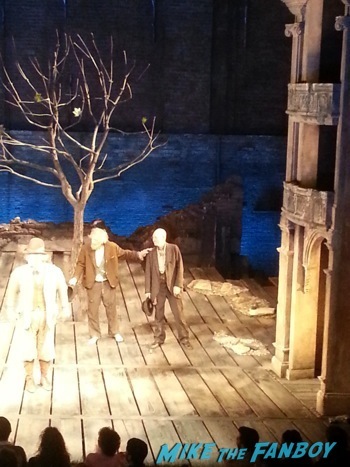 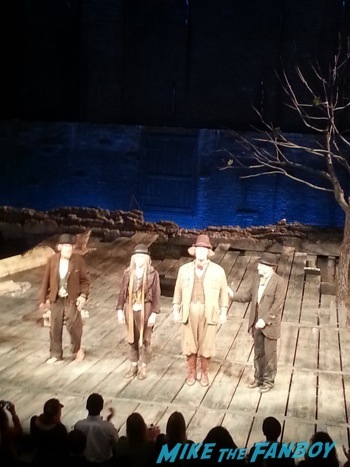 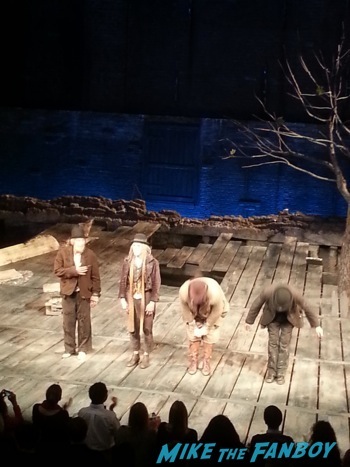 After the play, I head outside and unfortunately it was still raining and now it was really pouring. Do I dare stick around? I’ve met Sir Patrick Stewart a couple years back, but this might just be my only chance to meet Sir Ian McKellen.  I’m such a huge fan, so totally couldn’t walk away. I waited around the stage door and regardless of the rain, there was a pretty big crowd waiting outside for them.

Once they set up the barricades, I managed to squeeze myself in second row. This doesn’t look too promising, but I’m here and I mean, why not? =) I’m completely drenched by this point and barely keep my program dry. After a few minutes, Sir Ian McKellen comes out and it looks like he is heading straight to his car. Can’t really blame him, it’s pretty bad outside. When you think he is gone, he comes right back and OMG!!!!!!! He starts signing for everyone!!!!!! =D 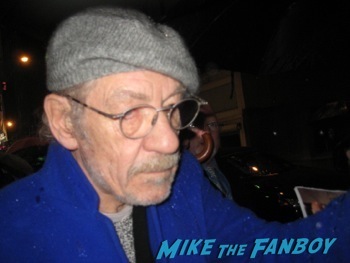 He is trying his best to find dry spots in our programs to sign. He even started flipping through pages to find any dry spot. I’ve heard nothing but good things about him and he totally proved how genuine and amazing he truly is in person. Ian took his time to talk to everyone. I have no words. My program is such a mess and you could barely see Ian’s autograph, but it has character and an awesome story behind it! 😉 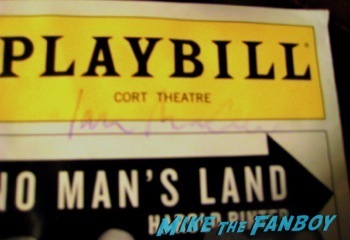 I walked away freezing and dripping from head to toe, but I was doing cartwheels inside. I still can’t believe I finally met Sir Ian McKellen!!!!!!! YAY!!!!!!!!!!! For my first day in NY, I say not too shabby, not too shabby at all! =D 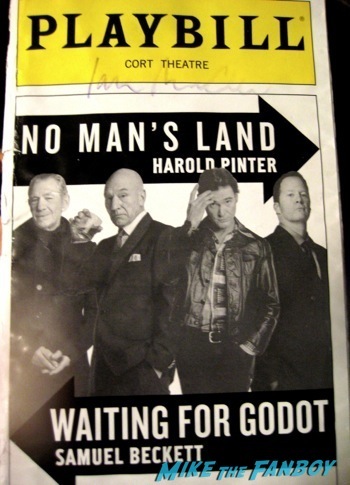