Man, I’ll tell you, we fanboys fight the rain, sleet, hail to get what we want don’t we?

James was out and about and was able to meet a nice group of the X-Men! NICE!

The definition of a not-so-good premiere? One that’s wet. When I say wet, I don’t mean a little bit of rain, I mean a full on downpour. That sums up the UK premiere of X Men: Days of Future Past. I don’t think I’ve seen such a wet Leicester Square in a very long time. Ways to worsen my mood whilst getting soaked? Split the cast up to a series of different premieres, and send the ones I wanted to meet to other locations. I was so excited when this was announced – I mean Ellen Page, Peter Dinklage, Anna Paquin, Halle Berry, Omar Sy, even Jennifer Lawrence.. surely one of them had to come to London. Oh, wait, no. Apparently not. Instead we were left with James McAvoy, Michael Fassbender, Ian McKellen and Patrick Stewart. I know I can’t complain since they’re all fantastic names, but it seemed a bit unfair to have the locals stick to London. Especially as they’re the four cast members I’ve met the most. Ah well, onwards and upwards. 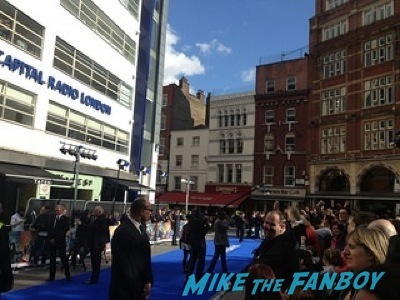 There’s not much to say other than it was beautiful weather before arrivals started, as you can see in that photo. But as soon as the action was due to begin, the heavens opened. Cue my photos staying in my bag. Bleugh.

First to get to us was Magneto aka Gandalf, aka Ian McKellen. Credit to him, he went along signing for a fair few people whilst holding his own umbrella, which was nice to see. He’d only sign X Men or blank items though, not that it made a difference to me in the rain. I got an index card signed. 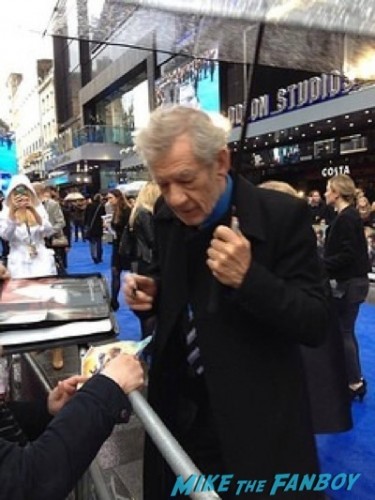 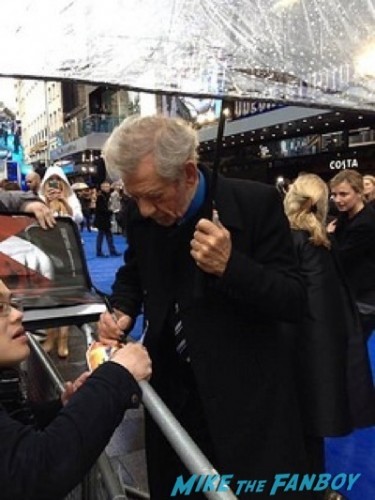 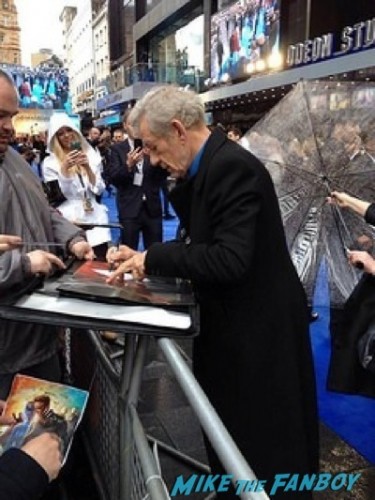 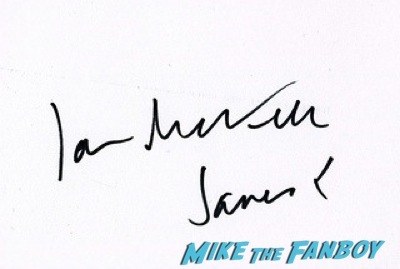 He was followed by Jean Luc Picard himself, Patrick Stewart. More importantly by a gap in the rain!! Patrick to was signing a fair few, good going as he’s been tricky in the past. I got a copy of Moby Dick signed. 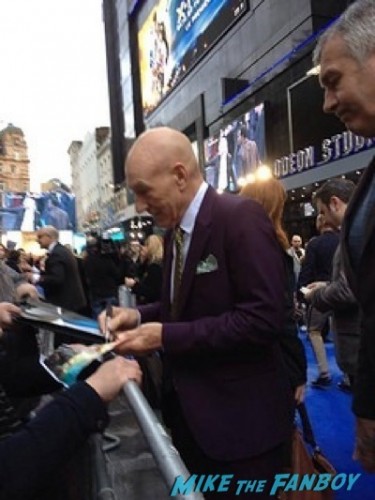 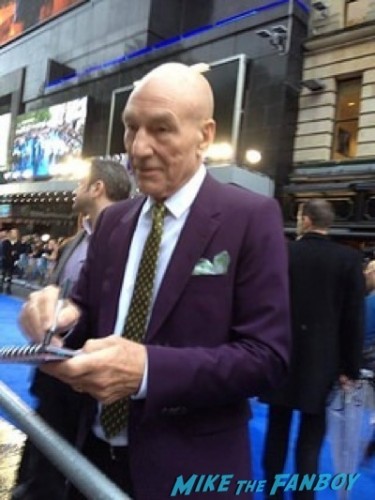 Out of the blue appeared Stanley Tucci, who was happy to sign for people that wanted him. I’ve met him twice already this year so didn’t get another autograph. Waited ages to finally meet Stanley, now have met him four times in six months! 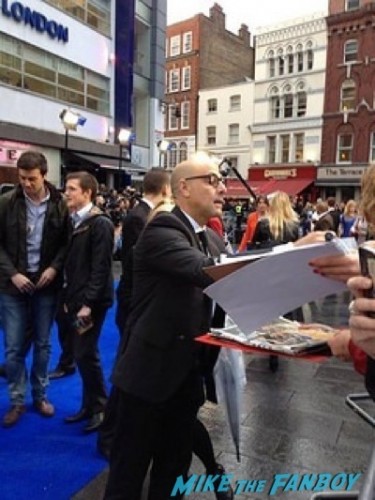 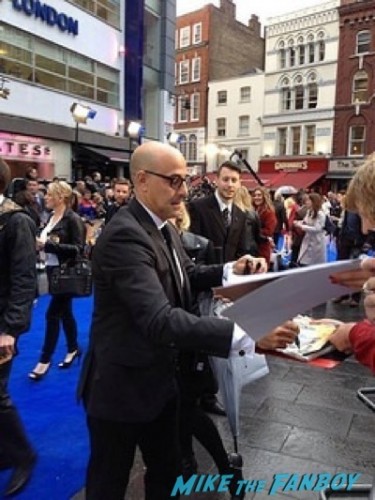 Singer and England’s Eurovision entry Molly Smitten-Downes came along next, so I got an index card signed. 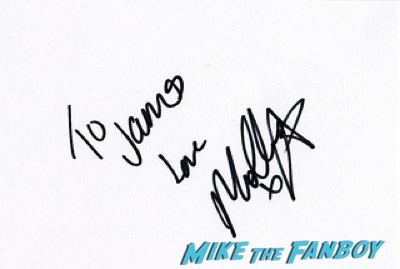 As did the film’s producer Lauren Shuler Donner, although her pen didn’t work great because of the rain. 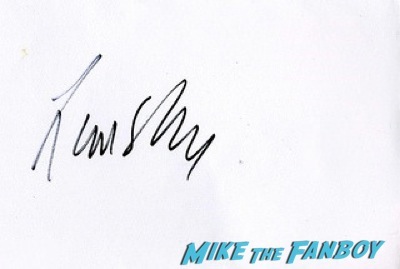 The second out of the blue arrival was Wesley Snipes! Wow! Sadly he stopped signing before he got to where I was, gutted. I’d have loved to meet Blade! 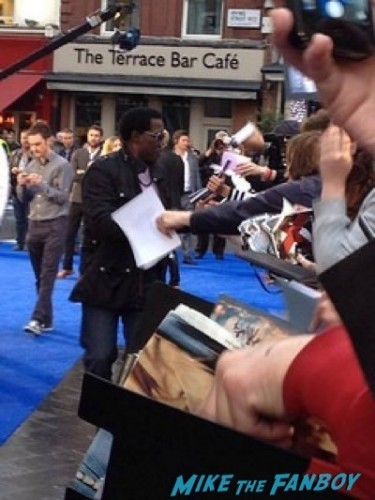 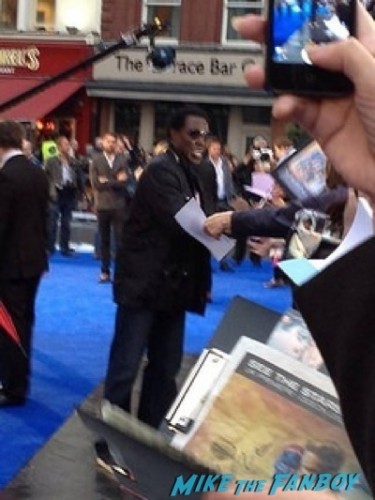 Magneto junior Michael Fassbender was his usual awesome self, and signed and posed for everyone. I got an index card signed and a photo with him. 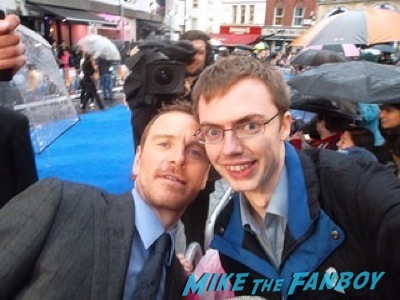 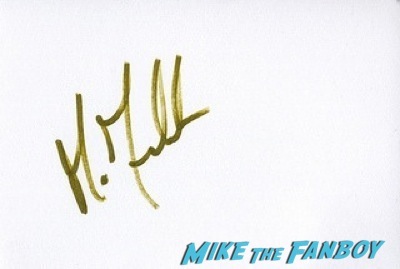 James McAvoy was equally as awesome. He too signed an index card for me (kinda ruined by the rain), and posed for a photo too. 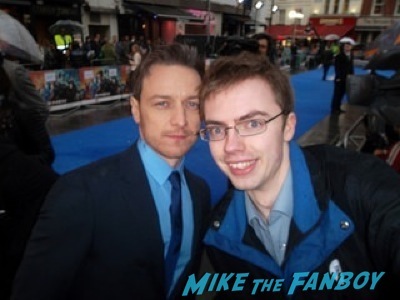 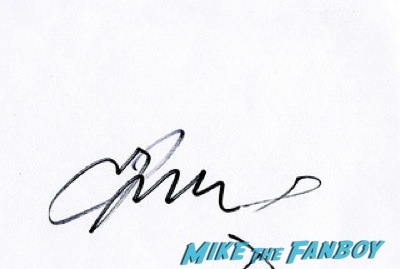 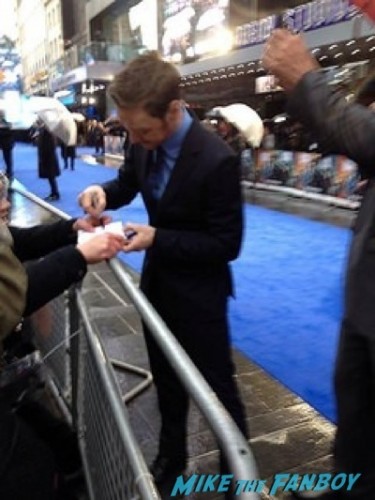 and that was that. I can’t really complain as I met all four of the stars that came to London, but the rain and lack of Ellen Page put a bit of a downer on the evening for me. I’m too picky sometimes!!