For this weeks Cult Classic Corner, Jack is discussing the “underrated classic Hall Pass.” I have no words for the underrated statement, however I do trust Jack’s judgement.

I will be honest, I never saw Hall Pass, nor did I want to see it. But there are comedies I need to check out. No judgement. I actually like Jason Sudeikis and wanted him in the Clark Griswold role for the vacation reboot as opposed to Ed Helms.

Last week MTF reader Will beat me to the punch when discussing a certain talk show appearance with two of my favorite actors, Amber Heard and Jason Sudeikis. Considering how successful “We’re The Millers” has been I wanted to share what a wonderful experience I had meeting Jason, but more importantly discuss the underrated “Hall Pass.” 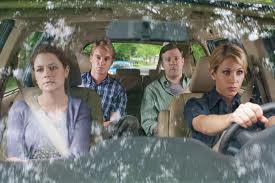 From the Farrelly Brothers (“Dumb and Dumber” and “There’s Something About Mary”), “Hall Pass” tells the story of two married couples, Rick (Owen Wilson)/ Maggie (Jenna Fischer) and Fred (Jason Sudeikis)/Grace (Christina Applegate). Rick and Fred have been best friends for a very long time and really miss the single life before they were married. After several disappointing situations, both Maggie and Grace give the guys a “hall pass” for week off from their marriage to live their good old bachelor days without any repercussions. What transpired over the next week will leave you speechless. 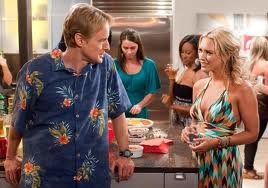 When this film came out I went on a double date with my best friend and the girls we were dating at the time in college. Everyone really enjoyed this movie and we couldn’t stop laughing so I will always have a soft spot for this film. Recently I decided to revisit this film and couldn’t stop laughing. The film really holds up well and is raunchy enough for comedy buffs, but not too overboard for sensitive people. If you’re married or have married friends, this film will really hit home. 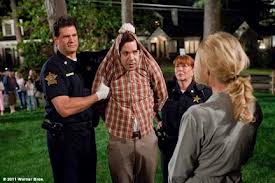 As you might recall I mentioned I met Jason Sudeikis the other week. Unlike most talk shows, there weren’t too many people here for both Amber Heard and Jason Sudeikis (maybe 20 tops). To everyone’s surprise both guests came over before their tapings. Amber only stuck to photos (I missed out because she had to go inside), but promised to sign autographs on the way out (She totally stuck to her word and I got my magazine signed).

Jason showed up only a few minutes later and there were even less people now, but there were a few looky-loos lingering. We called out and Jason came over right away with his suit over his shoulder. 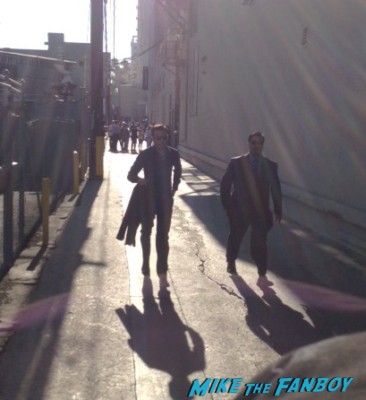 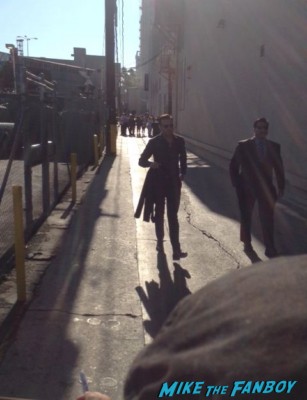 Security told us one each despite the small crowd and Jason graciously signed my DVD for “Hall Pass” right away. I couldn’t believe he came over as well and was a complete class act posing for photographs. 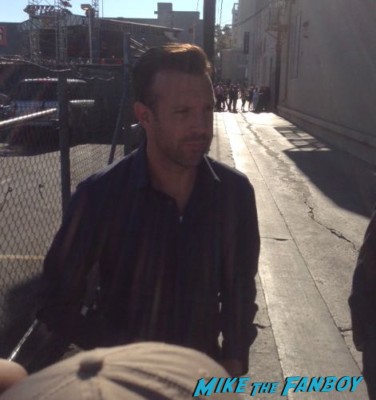 Even for a few random people lingering by they asked who he was after getting his photo, which really pissed me off. I took one of the last photos with Jason, but the wind started blowing and my hair looks all disheveled. 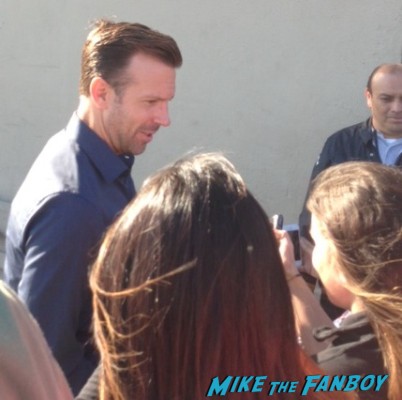 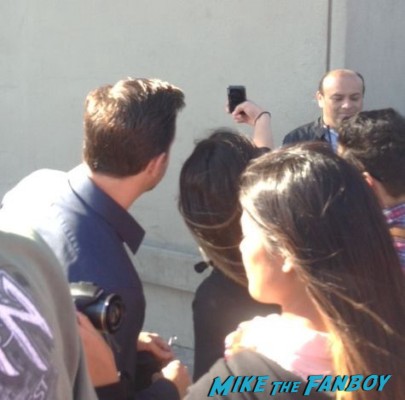 Still, he thanked everyone for their support and made sure everyone left with something before the taping. I wish Jason all the best. 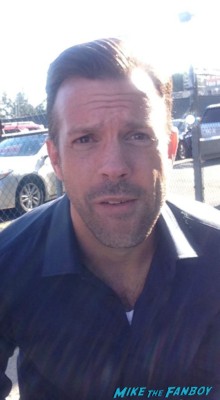 P.S. Yes, Olivia Wilde did show up, but everyone thought it was Amber and we only discovered the fact when Jason and Olivia left (neither signed on the way, only waved)