Greetings, history lovers. In honor of the recent birthday of one of my heroes, Jay Ward, todays edition of “Mr Know It All” … I mean “Forever-ago Fan Girl Friday” is about the man who brought us Bullwinkle the Moose, who marked 98th anniversary of his birth on September 20.

As a kid I was obsessed with Bullwinkle. For Christmas one year, my father bought me a Boris & Nathasha Scene Cel from the newly opened Dudley D0-Right Emporium. The store became my personal Mecca, and over the years I collected a number of fabulous collectibles related to Rocky & Bullwinkle, Super Chicken and various other Ward productions. 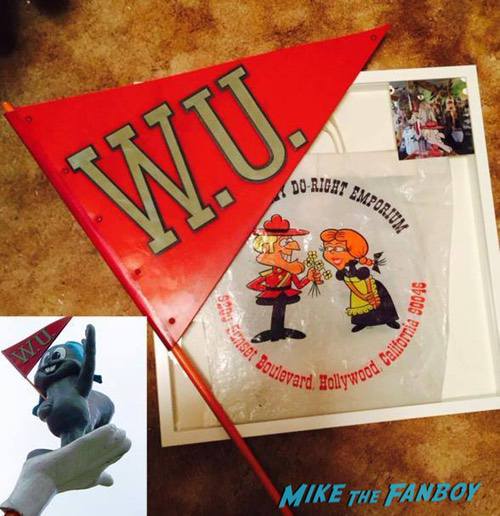 One of my prized artifacts is a custom cel a friend had them make me as a birthday gift in 1980. We had been watching an episode of the cartoon and Rocky was reading to Bullwinkle from a book that had the word “Horror” printed on the front. We thought it was SO hilarious — Rocky Horror— get it? My friend was swift enough to know that the Emporium made custom cels and had them make me one. The folks at Jay Ward’s shop thought it was hilarious as well, and they not only made one for me, but they made a series of printed cells (with slightly different colors) available for sale as a limited edition a few years later.

Not long after I was gifted with the original, the same friend and I saw Jay Ward himself sitting in the office at the back of the Dudley Do Right Emporium. I ran home and grabbed both of my cels, which I had him autograph. They’ve both been framed and having on my wall since,over 20 years later, I took both to a meeting I had with the voice of Rocky, June Foray, and had her sign them both as well. 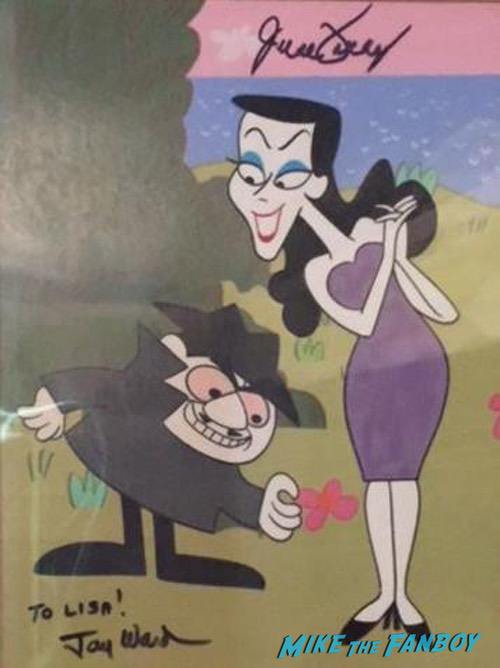 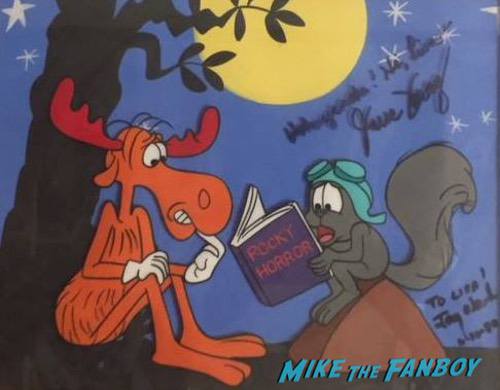 As it was forever ago, the Emporium is long gone, but I managed to save one of my old shopping bags from the Emporium and also was able to rescue the “Whassamotta U” flag from the Bullwinkle statue that once stood in front of the Sunset Strip animation studio which was removed when it was restored a few years ago with a promise of a future permanent home. 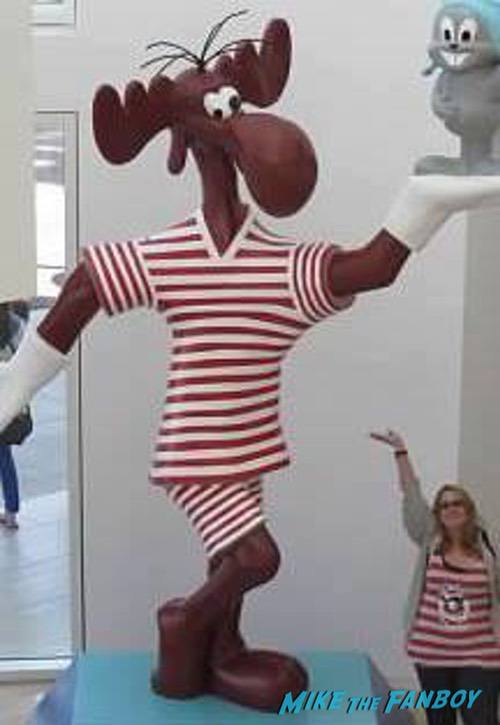