It’s so awesome how television shows invade our psyche and become a part of who we are. Karalee loves her some 90210. LOVES IT! I mean, who didn’t really. Especially people who grew up in that time period.

She was able to meet one of the stars of 90210 recently, none other than Kelly herself Jennie Garth! Hello!

I’m less than a week into my birthday month of December and I have to say, it’s off to a pretty great start. I went to Disneyland for the first time, my beloved alma mater (Michigan State) is riding high in both football and basketball, and I got a photo op with one of my favorite stars from one of my top three favorite TV shows of all time, “Beverly Hills, 90210.”

Yes, I met Jennie Garth, known to all as the lovely “Kelly Taylor.” Woo hoo! For 10 years, I lived for “90210” — must-see TV, indeed. In high school, I remember my best friend and I stopped talking for a brief bit because we argued over who Dylan should be with. For years now, I have DVR’d the reruns on SOAPnet and watch them on the weekends while I do my nails.

This summer, I was giddy for days after my friend and I found the “Walsh” house and “Dylan’s” house. Gid. Dee!!! 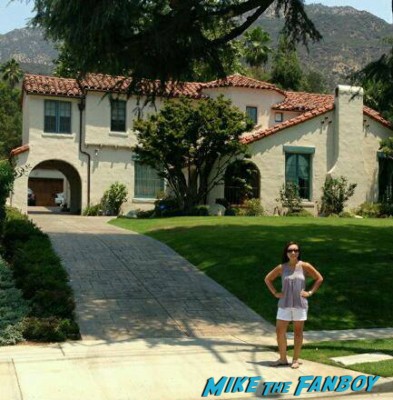 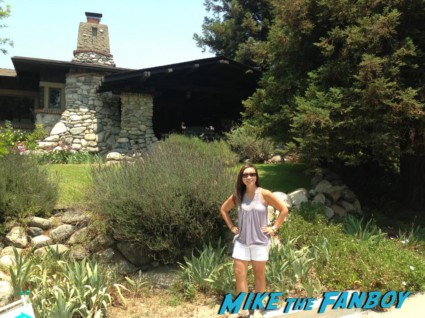 And then not long after, on a Mike the Fanboy outing, I visited the high school where “West Beverly” was set. I was so excited to roam “the campus,” 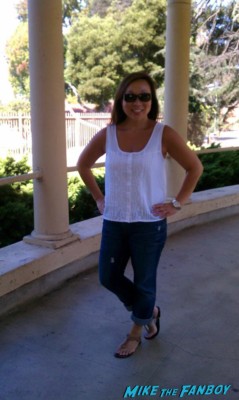 but so sad (dare I say devastated) to see how they gutted the courtyard. 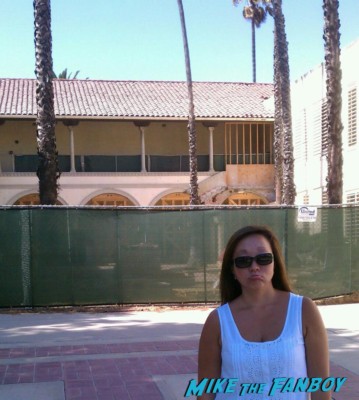 I had visions of the Hello Day assembly and Kelly, Brenda and Donna singing backup for Emily Valentine. Oh, the memories. 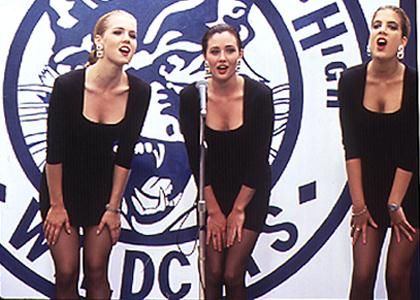 I arrive to the set and there is quite a crowd; Zoe Saldana was an earlier guest so there were a lot of fans and paparazzi lingering from that. As I’m scoping the area, I notice Cameron Mathison (best known as Ryan Lavery on “All My Children” and “Dancing with the Stars”). That’s an unexpected eye-candy treat. I loved him on AMC. 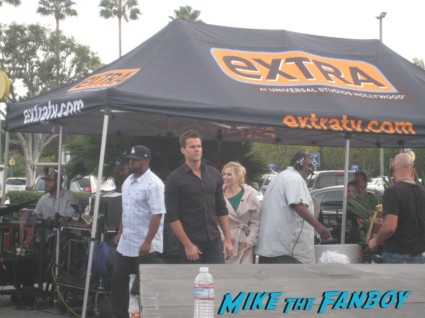 Turns out, he’s there to join Jennie for the interview; they’re promoting their new ABC Family film, “Holidaze.”

I spot Jennie arrive and minutes later she and Cameron are making their way to the stage. She starts the interview by telling Mario Lopez that one of her daughters is in love with him. 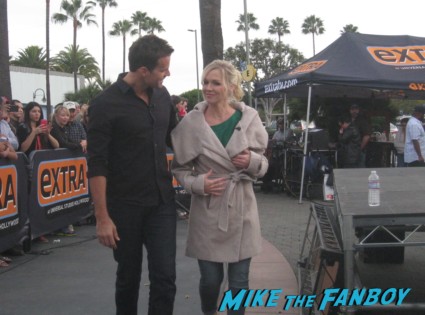 They joke, they tease and I’m just so excited to be so close to a star I’ve loved since “Teen Angel Returns” via “The Mickey Mouse Club.” Yup, true story. 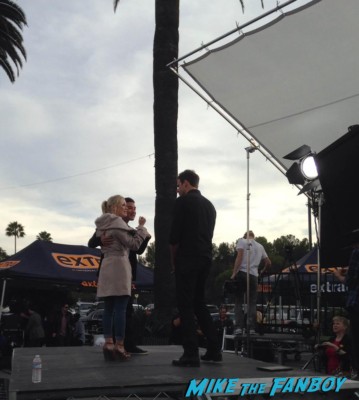 The interview ends and Jennie makes her way off stage. The paps go crazy and she poses and gives them their photo time. After taking a photo with a mother and her baby, I catch her attention and ask for a photo. Victory! 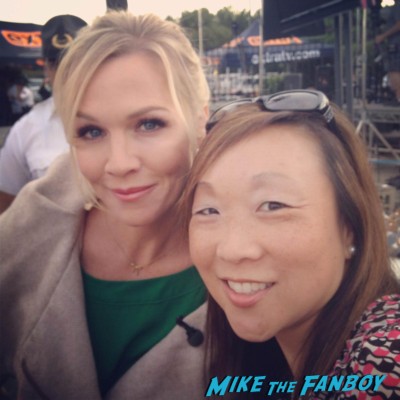 So pretty, and very sweet. Once I get my photo, I duck out of the crowd and am a little amazed by the crush that occurs for her. I can only imagine what it must have been like in the hey-day of “90210,” with thousands of screaming fans filling Midwest malls. 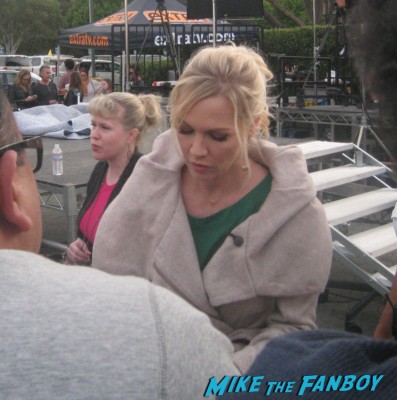 I wander to the far side and notice that Cameron is taking off his mic and about to head off. From behind the barricade, I call out his name and he turns. I ask him if I can get a quick photo and he says, “Sure, come on around, I’ll be back here,” motioning to the backside of the barricade, where the drivers are waiting to whish the celebs away. Now, you don’t usually “cross over” like that, but, well, he said to come around. I take a few steps and two security guards pop out and begin to stop me. I say, “Well, he said to come back here.” “Who did?” one asks. I point and say, “Cameron.” At that moment, Cameron comes around and says, “No, no, she’s all right. It’s fine.” Crisis averted! 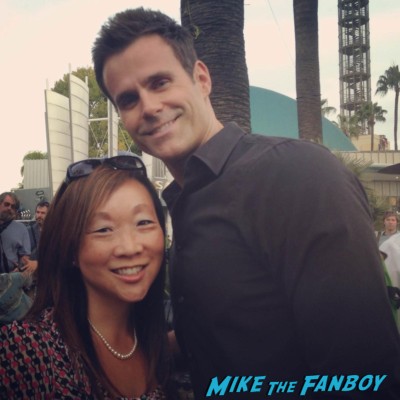 I extend my arm to take the selfie and he says, “Oh, sweetie, my arm is longer” and takes my camera. But then his assistant says she’ll take it — even better. Photo op complete! Yay! I thank him so much for stopping and he squeezes my arm and says something sweet but I can’t remember because of the whole arm-squeezing moment. Swoon. He was seriously so, so nice.

Needless to say, I am pretty thrilled to have met Jennie Garth, a longtime fave, and snagging some camera time with Cameron was just an added bonus. OK, Luke Perry: I’m ready for ya.