It’s award season here in Los Angeles, and when it’s Awards Season you have to take advantage of it. I mean, you never know right?

Tonight I headed out to meet Boyhood star Patricia Arquette and also on the bill is the always delightful Jessica Chastain. I hear both are pretty nice, I’ve met Jessica a bunch of times and she was number two on our best signers list for 2014.

I went down with some stuff in tow. I brought my British GQ magazine and a promo recipe box from the Help for Jessica Chastain, and a True Romance and lithograph for Patricia Arquette. I met Rosanna Arquette at the Draft Day premiere and she signed the litho, so I really wanted Patricia to finish it.

There were about 15 or so people when I arrived including Scotty The Music Man who was further up the line. I was next to Mayra, which was great because it’s always nice to pass the time with someone. Mayra is a huge Once Upon A Time fan, but I don’t hold that against her. I kid, I kid… 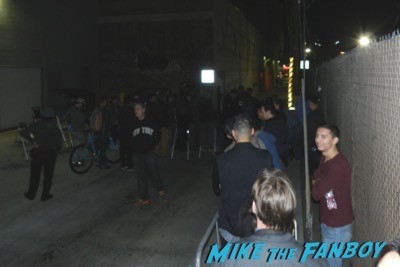 After talking to Paul for a bit, and wishing people a happy new year, the sky turned dark and it was almost time for Jessica Chastain and Patricia Arquette to leave.

Apparently, Patrick Stewart was here today too. He bolted faster than Jean-Luc Picard could say make it so! Of course some people did yell, “Jessica, Jessica!” as he left, so that might have had something to do with it.

After 20 minutes later out came Jessica Chastain. Adorable as usual, she came right on over and was super chatty. 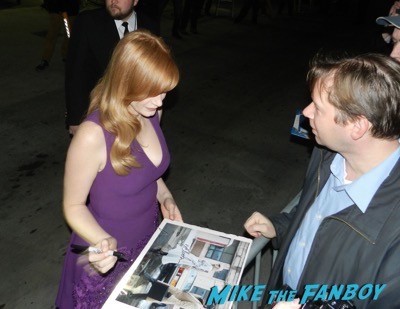 She was posing for photos, signing, etc… She’s always so kind, which is great to see. 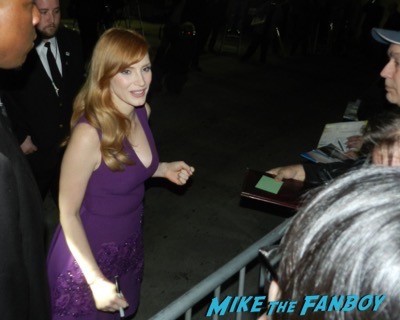 I mean, there’s not many people who are nicer than Jessica Chastain. Mayra was nice enough to take my photo with her even though she’s four apples tall and I’m a giant. 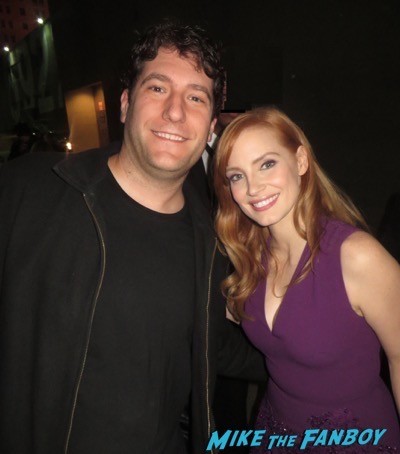 Jessica Signed my magazine and my recipe box as well. He publicist asked what the box was and Jessica said, “It’s a recipe box!” So adorable. 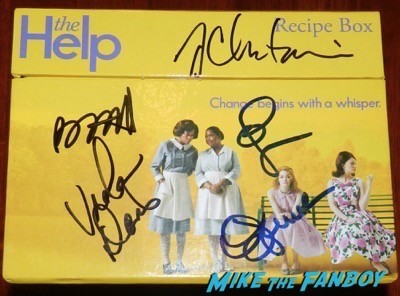 After finishing the line she even posed for a bunch of photographers and such. Plus, that purple dress looked amazing on her!

A few people left, and we waited for Patricia Arquette. Frank was there and in fine form.

Then Patricia Arquette left and she walked on over. She was signing one each and then said, either a photo or an autograph. 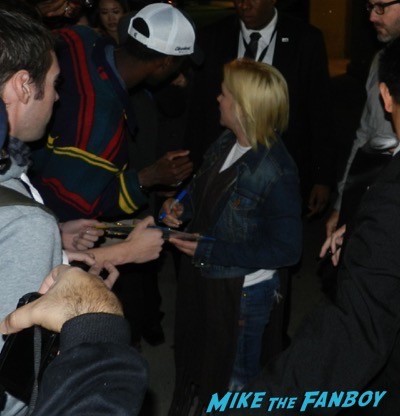 One guy was really nice and asked me if I needed help with Patricia, Frank was going to help, but when Patricia said that he dropped my True Romance poster like it had a disease. LOL. But the other guy was nice enough to help me so I was able to get both of my pieces done. That was pretty cool. 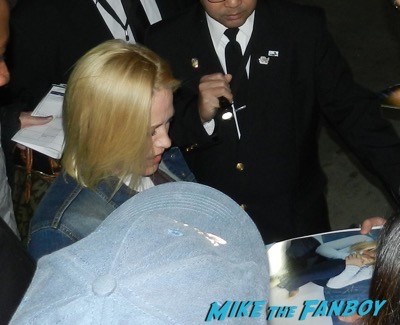 Patricia was very sweet and switched pens, etc… I didn’t realize how short she was. It was very nice of her to come over. 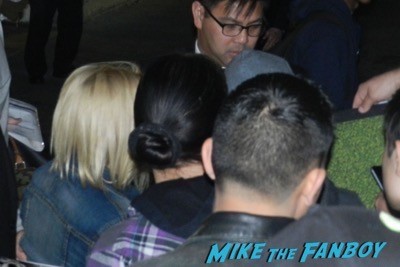 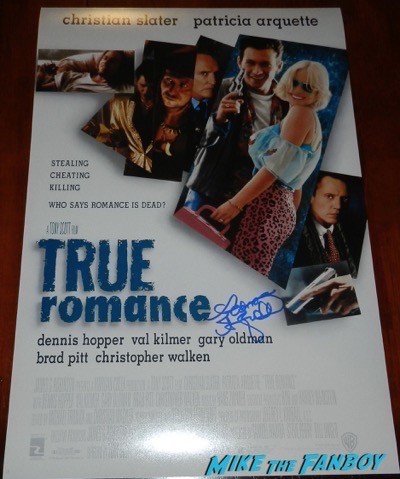 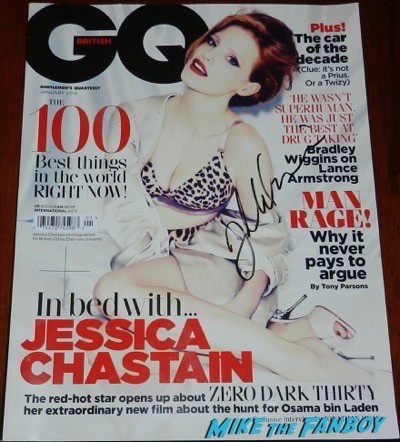 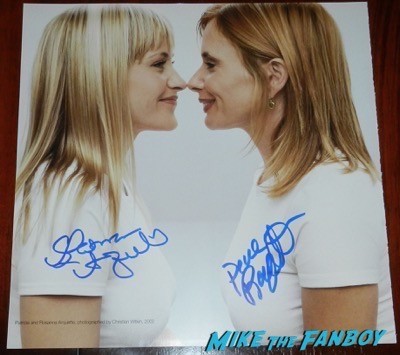