I know you have probably heard the really sad news of the legendary Joan Rivers.

It wasn’t but a few months ago that she made a very local appearance at a nearby talk show.

I had gone to meet her several times throughout the last year or so. Unfortunately, it either didn’t work out, or I missed her by a few minutes and her appearance at the talk show was the first time I actually successfully met the legendary comedian.

As of a week ago, you would have a flock of autograph collectors make fun of me for even leaving my house for her. The tables always turn when these situations arise. It was not only two weeks ago where I told a fellow collector friend that I had Joan sign a few things within the past week, and they laughed. While I found it to be cool, typically I am mentioned against the lines of what people consider a “good name.”

The first time I met her she arrived to the talk show around two hours before it started. I assumed they had segments they wanted to pre-tape and her daughter, Melissa, was scheduled to make an appearance as well.

Minutes before her interview, Joan and Melissa came out of the inner studio lot and the security surrounded them. 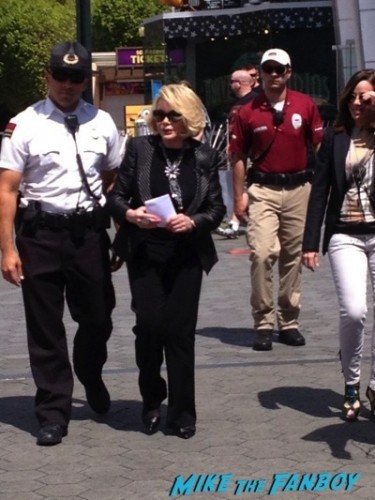 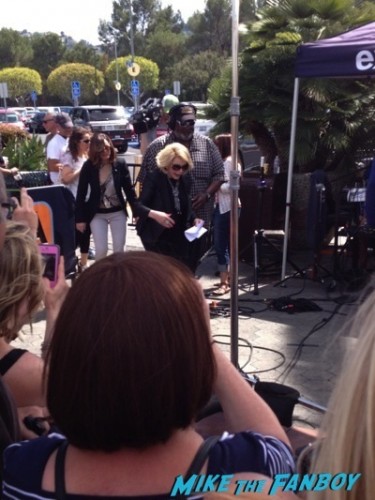 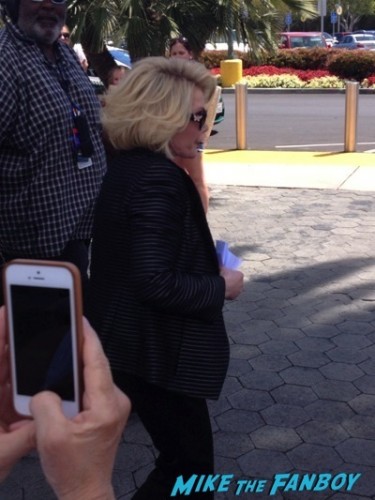 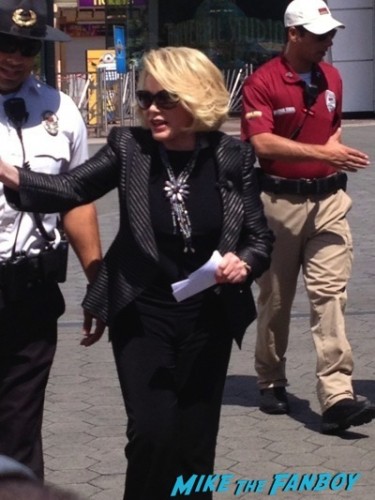 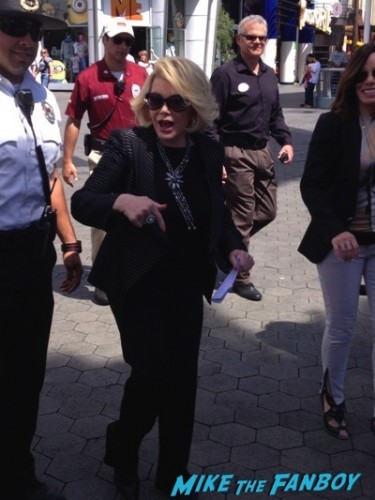 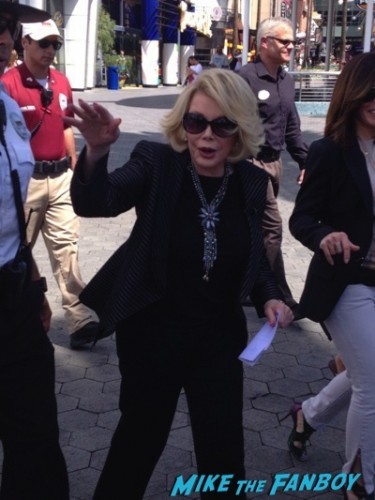 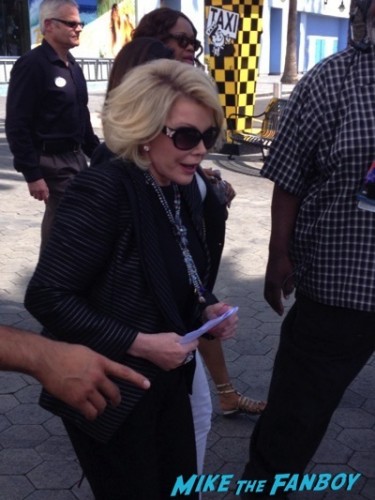 Joan was shouting to the crowds of fans, “Stay in the shade. It’s too hot! You are going to burn!”

She walked up on stage and started the interview.

She was so happy, and joked through the entire interview with Melissa by her side. 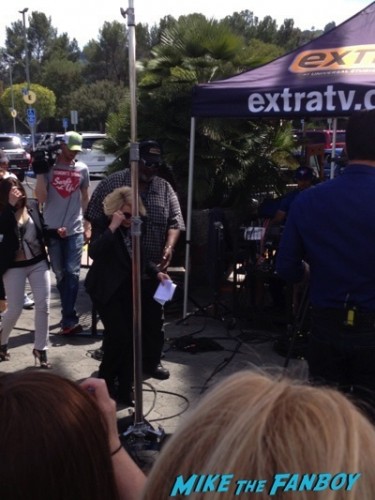 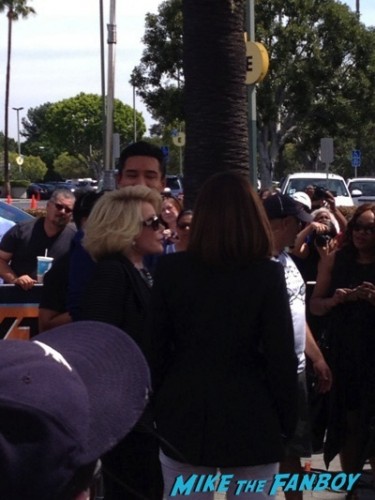 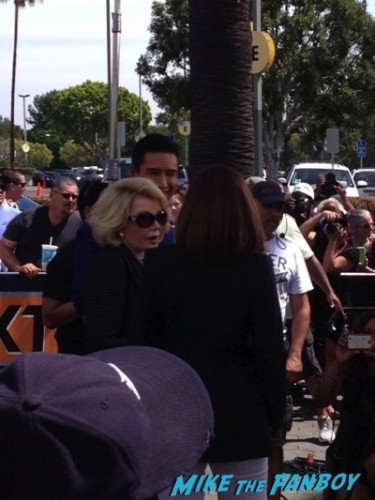 As soon as the interview ended, she walked over from one end to the barricade and proceeded to sign one item of memorabilia for everyone that had something. Of course, security rushed her and scared her from switching from the black as though switching pens would cause illness, but she was cool enough to sign away.

Of course, she apologized, as she was moving, claiming it was their rules and not hers.

Meeting her several times after revealed she is one of the sweetest people you could ever meet.

My thoughts are with her family, and I hope that she makes a recovery from the medical state she is in.