Can I tell you how much I love Lady Samantha’s recaps from the streets of London. It just is so interesting to me hearing about things from the other side of the pond! I heart it!

Lady Samantha is out and about for the play Hothouse which stars a lot of British stars of stage and screen. And wait for it! It was a sunny day! A sunny day in London is amazing!

Lady Samantha reporting from a sunny London town for once.

As it was such a lovely warm evening thought I should take advantage and venture out for some autographs hopefully.  So 3 of us met up at the Trafalgar Studios to start with and then hopefully a successful 4th attempt at Luke Treadaway. Having got him once for someone else I needed him for myself.

I had found a nice photo of 3 of the stars of  “Hothouse” – Simon Russell Beale, John Simm and Harry Mealing online so wanted to get that signed if possible and also needed Christopher Timothy to finish off my programme as I hadn’t seen him the last time. I knew from last time the cast leave pretty quickly and this time was no different.

The 1st to leave was Simon who happily signed my photo and a 2nd for a friend.

Then Indira Varma left who I didn’t need but she happily signed for the 2 others waiting who had seen the show. Surprisingly there were only 6 people waiting. Normally someone like John Simm is a big crowd puller but am not sure if his comments recently have made him less popular as last time I went no one was hardly there. For those who haven’t seen what John had said he basically despises award shows, fans of “Dr Who” and autograph collectors!

Next out Harry Melling who I added to the photo and would’ve liked a photo with but I spotted John Simm and I didn’t want to not get him to finish off my photo. I was surprised to find him in such a good mood as last time he refused to sign a Dr Who pic for a friend and a few years ago I found him not so willing to sign a “Life On Mars” photo for me but begrudgingly did so. But since reading this week that he said those comments were taken out of context I found him most pleasant signing and finishing my photo and posing for a photo with me. 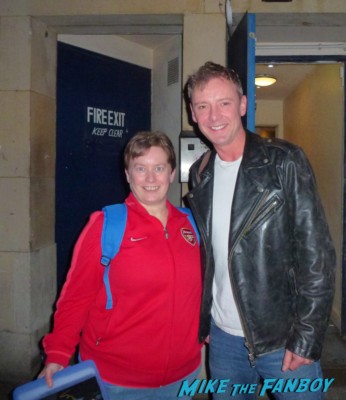 Next onto the Apollo to see if we could get Luke Treadway. This is the 4th time we had tried and only once had seen him come out. Also my friend wanted Holly Aird on her “Soldier Soldier” dvd and Sean Gleeson in her “Eastenders”” book.

Holly was the 1st to leave and happily chatted away to us about shows, theatre etc.. and happily posed for a photo. I didn’t need her as I got her the last time. 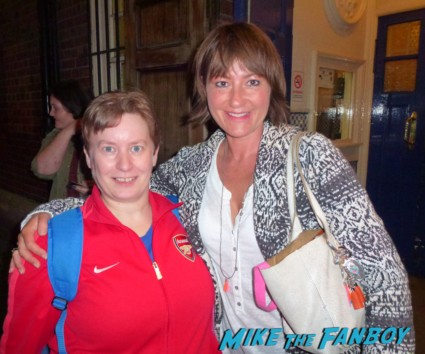 After about 30 mins Luke came out and happily signed for the 12 people waiting. I got him on a photo and he posed for a photo as well. 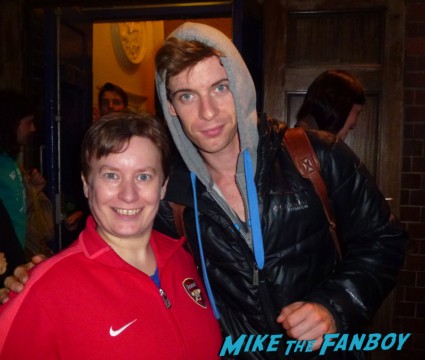 For the 3rd time no luck seeing Sean. I think he must leave via a different exit. So a successful night with an unexpected success from John Simm. 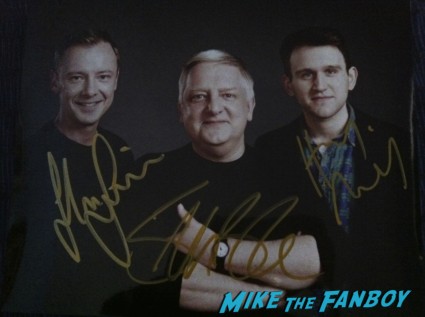