Home / Fanboying! • Manic Mondays! • Pretty In Pinky • Stars of the 1980's and 1990's / Manic Monday! Pinky Meets Johnny Depp! Schools Others On How To Be Fan Friendly! And Shares Her Awesome Moment! Frakk Yeah!

Can I just tell you, how much do i love Ms. Pinky Lovejoy? I mean it could be the two bottles of wine I just polished off with my friends Annette and Vanessa, but also it’s probably because Pinky is hyper awesome!

And she got a picture with Johnny Depp! And that’s frakkin’ hard. I’m trying really hard not to swear, but I want to write fuck so bad it’s not even funny. Yep, two bottles of wine.

Anyway, for today’s Manic Monday, Pinky is talking about the awesomeness of fan friendly Johnny Depp, and how he needs to school others in being cool to their fans… Or.. That’s how I interpreted it…. Hmmm…

Check it out after the jump… Yep, two bottles of wine!

Hello, my lovelies. Pinky Lovejoy here thinking about celebrities (as I often do) and what makes them nice to fans. Is it their upbringing? Is it their mood? Is it their status? Why do some D list stars seem far more nasty than, say, the A list ones? Not all A listers, mind you, but honestly some of my best experiences have been with huge, huge stars. Brad Pitt, Tom Cruise, Dustin Hoffman, George Clooney…all aces. But probably the most exciting celebrity picture of all? The one and only Johnny Depp. 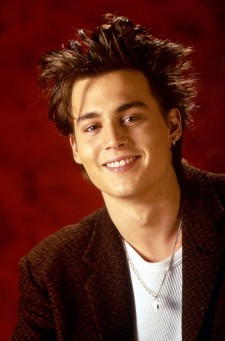 Now, being an ‘80s girl, I can remember the first time I saw Johnny Depp in Nightmare on Elm Street 4. Not long after, he graced our small screens in “21 Jumpstreet” and won the hearts of millions.

I loved watching his quirky role in Crybaby and he only seemed to grow bigger and bigger from there. What Johnny Depp wasn’t afraid to do was take risks (which has paid off for him in spades). Even better? He’s amazing to his fans. 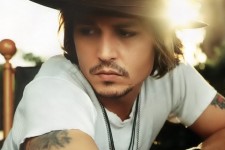 In fact, I wish he had time to school other celebrities on how they should take time for their fans because he truly is one of the best at it (Hey Mikey – Would you like him to take Channing aside for you?).

Several years ago, when I hadn’t been in LA very long, I had the opportunity to attend the Rango premiere in Westwood. Everyone said Johnny was a great autograph signer, but basically laughed when I said I wanted a picture. Still, I held my ground. If there was any shot at getting a picture with the icon, I was going to take it. Plus, it just happened to be my very favorite holiday – Valentine’s Day (or, as I like to call it, Pink Day). 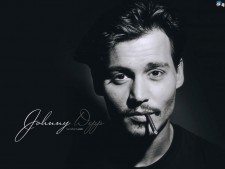 Things just had to go in my favor, right? I also had a secret weapon – candy hearts. Who can resist candy hearts? No one, that’s who. Not even Johnny Depp. When the premiere rolled around, the streets were packed. Everyone was clamoring for an autograph from Johnny and, of course, I chose the wrong spot (as I often do because I hate premieres and never can figure out where to go). In fact, Johnny skipped where I was initially standing altogether, so I crossed the street to a different corner. Just as everyone had predicted, I watched Johnny sign from one corner to the next, taking time with fans, and signing his life away. 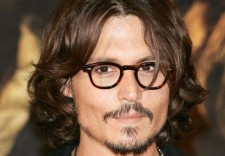 Finally, he came to my corner and by some miracle it wasn’t that crowded. He signed next to me, then I gave him the candy hearts. He looked at me, smiled, said thank you, and I held up my camera and took my shot. “May I get a picture with you?” I asked (at least that’s what I hope I said. For all I know, I grunted out a feeble, “Me! Picture?!” or something equally embarrassing). From behind him I heard noises (kind of like a drill sergeant) saying, “NO NO NO!” but Johnny didn’t listen. He leaned in, looked up, and just like that, I got my Pink Day wish. It was a miracle! Of course, I couldn’t stop hyperventilating for several minutes (read: half an hour) afterwards as I was SO freaking excited. A picture with Johnny Depp!!! Wahoo! 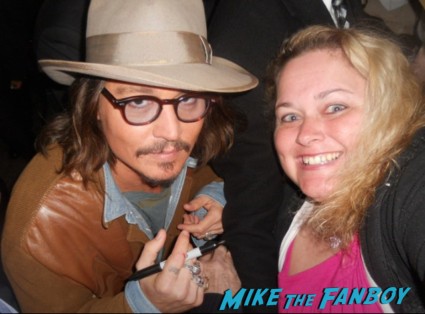 Here’s where it makes me laugh – when you initially look at the picture, especially after I cropped it, I think it looks great. I mean, aside from the insane look on my face, it’s a nice picture of him and we’re in the same frame, I’m happy. But if you look closer, you’ll see just how many people were involved in this one little picture. I’ve made a visual aid to point it all out for you. Who knew all those arms were involved?!?! 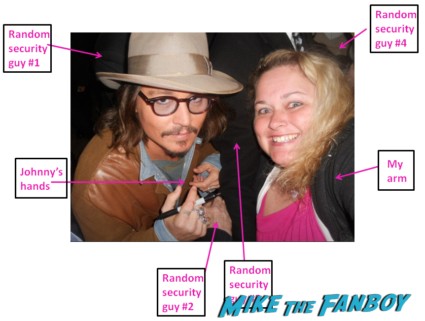 It’s nice to see after all these years that Johnny remembers how important his fans are. Let’s hope the A through D listers and everything in between (ahem, Channing, that was for you, Mikey)

(Editor’s Note: And I appreciate it! M-)

keep their heads on straight and remember to be kind, for you never know when it’s someone’s very first time of seeing someone they’ve idolized for years.