It’s The Walking Dead time! I have to tell you, I think everyone is getting amped for the season premiere this weekend.

Suddenly Susan, headed out to meet one of the dearly departed cast members of The Walking Dead, Mr. Jon Bernthal.

I’ve met Jon before and he was super nice.

You win some and you lose some. And sometimes you win, but you feel like you lost. Jon Bernthal was doing a talk show taping and although I’ve met him before, I wanted to get my Mob City posters signed, so out the door I went.

I arrived on the late side and there were already 30+ people waiting. I was surprised. I know Jon was a big deal on The Walking Dead, but he’s been off of that show for two seasons now and I’ve never seen more than 5 people waiting for him. Still, I found some friends who had a spot saved for me and so I was about 15 back from the front. There were no barricades yet and it was sort of a free for all. Thankfully, security finally brought them down and everyone was lined up single file.

One security guard then came down and informed us that Jon would indeed be signing, but he was in a hurry, so the rules were simple: one each, have your best pen ready, have your camera ready, no photos re-takes and again, one each. I’ve heard security lately at this venue has been rude, mean, and difficult. In all fairness, this guy was very nice and just doing his job. “If you’re cool with me, I’ll be cool with you,” he said. Fair enough.

After waiting what seemed an eternity, Jon came out at almost 7pm. He’s always been super nice and this was no exception, but man did he move fast! 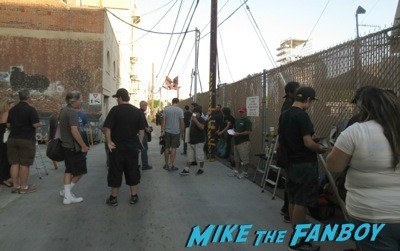 And his publicist was an autograph Nazi, keeping track of everything he signed. Jon was kind enough to switch to a gold pen for me and I asked him to make it to Susan. 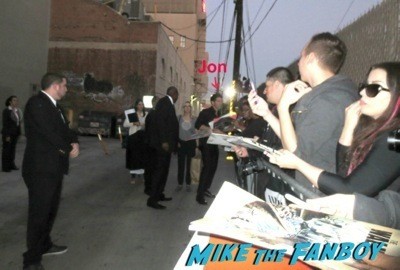 He saw it was a Mob City poster and said, “oh wow, look at you.” I was the ONLY person without a Walking Dead item. He asked if I was Susan, I said yes and he asked how I was doing. I took a quick selfie, which you’ll get to see soon as a photo flop in all its glory. Then he moved on down the line. 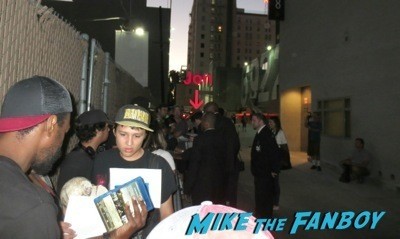 He blazed through everyone in about two minutes. You could repeatedly hear him saying “thank you, “thank you guys so much,” “I appreciate you all,” “thanks for waiting”. Super sweet. 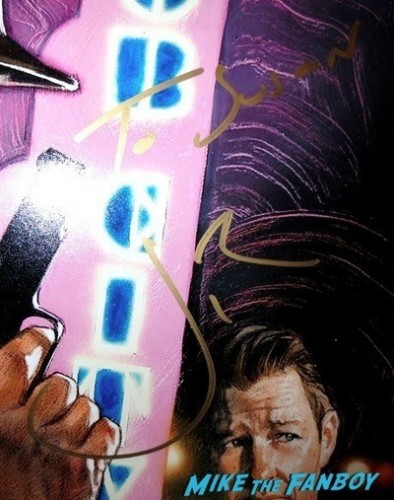 I just wish he had more time. I have another autograph from him and it’s a full JON BERNTHAL. This one was a J squiggle thing. I’m not faulting him in any way. He did his best under the circumstances and he was super kind. My guess is that he really did need to be somewhere or he would have taken his time with everyone. With that in mind, it was really nice of him to come over at all. 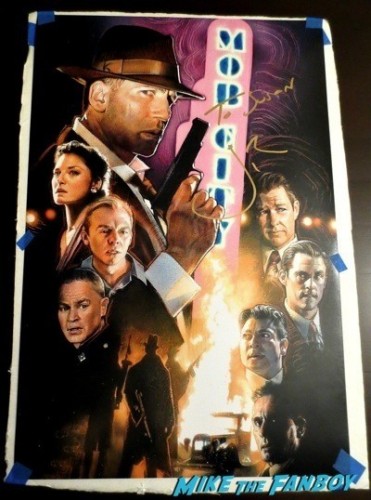