Home / Fanboying! • Q and A • Stars of the 1980's and 1990's / Keri Russell Goodness! Meeting The Felicity Star At An Austenland Q And A! With Jane Seymour! Bret McKenzie! Autographs! And More!

I know there’s been a serious drought in LA. I mean, it’s like there’s not one decent event in the past few weeks. Phew… It sucks. Grumble…

So, when I saw that there was going to be a q and a for a little movie called Austenland, I was so excited. Austenland stars Keri Russell, who I’ve been dying to meet! Sadly, because of work I couldn’t make it in for the q and a but I figure I would wait and get Keri on the way in.

I’ve been looking forward to this movie and if you haven’t seen the previews it looks so cute!

When Billy De Beer and I arrived we were informed by the three other people waiting we missed Keri. She came in to watch the screening… Grrrrrrrr… Thwarted!

The rest of the cast were on their way however!

Bllly Beer was not a happy camper… Or was he?

Before long the second arrival was here… Jane Seymour… Oh Jane! She was very nice and we all lined up and she signed one each. I got her on my mini poster for Austenland because that’s all I had for the rest of the cast. Billy tried to get Jane to sign some photo paper but alas he was rejected. 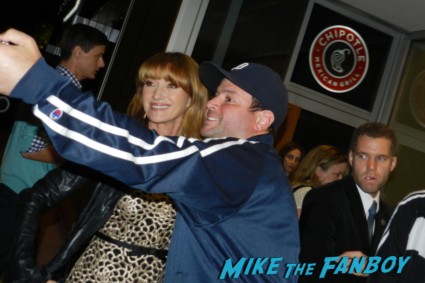 He did get a photo with her however.

A couple more cast members arrived and everyone was very nice and chatty which was cool.

Then Bret McKenzie from Flight of the Concords arrived and he was more than happy to sign for everyone. 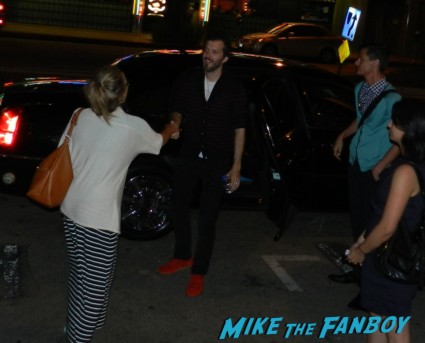 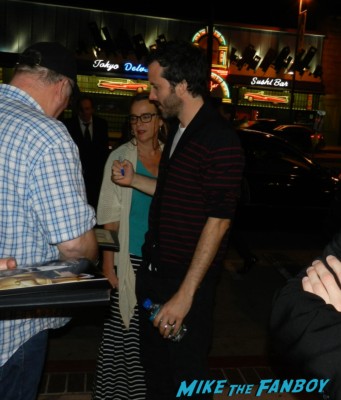 He was especially cool when I talked to him about Austenland and how I’ve been wanting to see it. 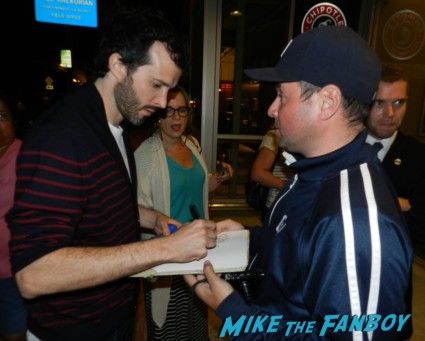 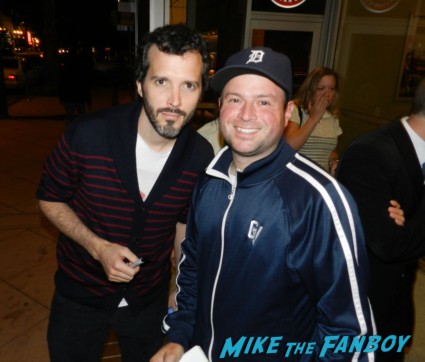 And then… We had to wait. I really wish I could have made the screening.

I chatted with the Beer de Billy and showed him all the crap I have. Billy was nice enough to offer to help me with a couple things for Keri Russell.

We’re waiting… Billy is flipping me off… Just an average night in La La Land. 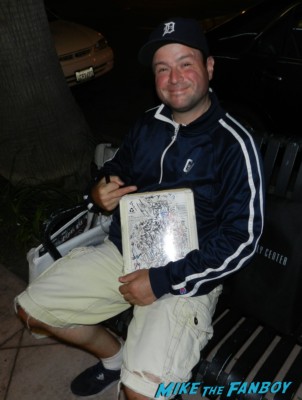 It’s actually great because it’s a beautiful night… It’s not chaotic, the weather is beautiful, It’s a good night.

We went around back and the cars are there! So we waited about another 20 minutes and the q and a ended. We lined up by the cars and waited. Keri was talking with some friends and we waited for her to be finished and then asked her to sign.

I was getting nervous, because I’ve liked her forever. She was super cool and signed my waitress mini poster 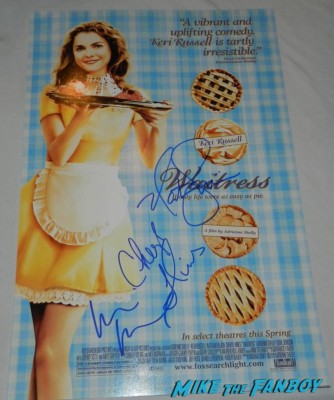 and then my American’s presskit and Interview magazine. 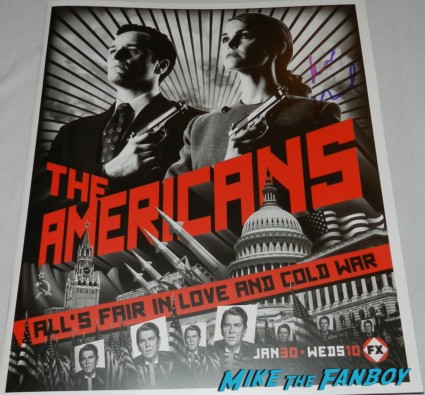 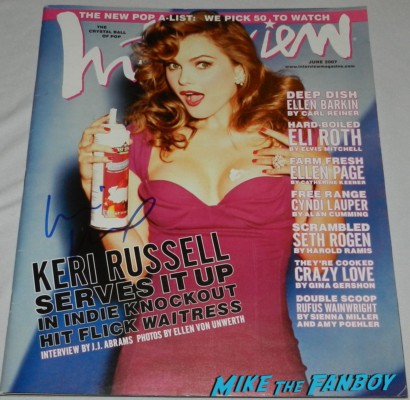 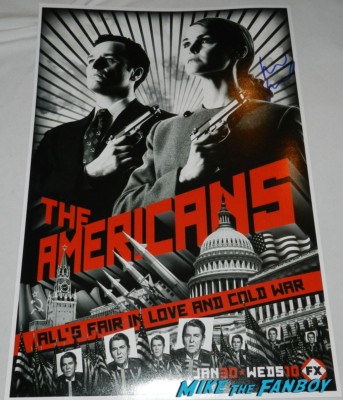 But he did ask Keri if she would mind posing for photos and she was like sure! I was a mess, trying to get my giant claws out of the camera strap. 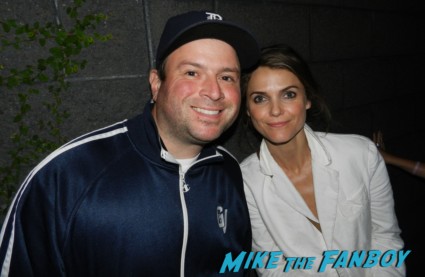 But Keri was nice enough to wait. Billy got his photo and then I got mine.

I told her what a big fan I was and she was like, “You are so sweet!” 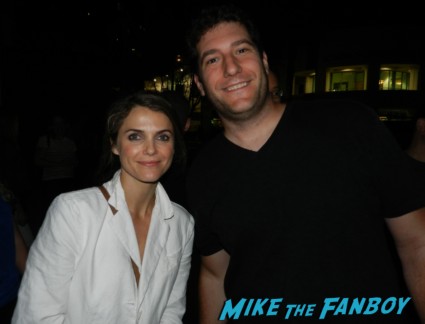 So, I was able to get four things signed and had a great night. not a bad way to head out again. 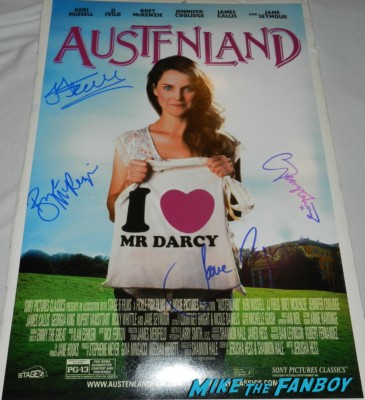