Home / Book signings • Fanboying! • Paul / Meeting Kevin Smith And Jason Mewes! Paul Heads Down To Their Book Signing And Has An Awesome Time!

Paul headed down to the Barnes and Noble for the Kevin Smith and Jason Mewes signing at Barnes and Noble. He had a blast and the twosome stayed forever, taking group pictures with people, doing fun inscriptions and even holding a q and a for everyone there.

You don’t get much better than that, especially at an organized signing at Barnes and Noble!

Check out Paul’s brief recap below!

Ok, who doesn’t love jay and silent bob? They are great to their fans! They did a 2 1/2 hour q&a along with inscriptions and photos at their Barnes and Noble signing without having to ask! Great! 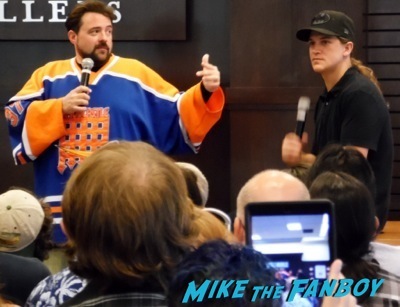 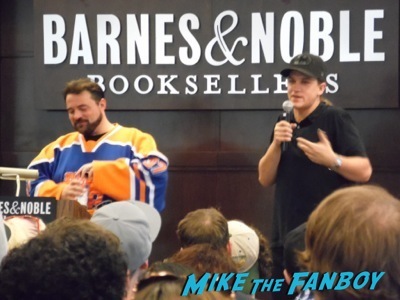 There was some great info that was given by Kevin Smith too on the new batman and everything involving walrus folk… I guess you had to be there! Oh well.