One of my favorite actresses is Lisa Kudrow. She’s awesome. I’ve loved her on Friends, Mad About You, Romy and Michele’s High School Reunion, The Comeback, The Opposite of Sex and tons more…

So, when I was thinking of this weeks Jekyll or Hyde it reminded me of this awesome encounter I had with Lisa. Now, she’s not the nicest person ever, in fact once she almost ran Erica and I over with her car. Yeah… That’s a story for another time.

Check out this weeks Jekyll or Hyde below!

“I’ll be there for you…” Every post begins with a song… Well, at least this one! LOL… I have been a giant fan of Ms. Lisa Kudrow for SOOOOOOOO long… and it’s sad that I haven’t had the best experiences with her. One time she looked at me like she was smelling a bad fart when I asked her to sign Romy and Michele’s High School Reunion, and then another time she just ignored me all together. I did get her to sign once, but it was like I was killing her… The last time… She tried to run Erica and I over with her car.. No lie… I have witnesses… So, when I heard that Ms. Kudrow was going to be with Mario Lopez and taping an episode of Extra I just had to try again…. you see, Lisa is the last one I need on my Friends poster… I also have posters for The Comeback and The Opposite Of Sex… Yeah, I really like her! lol… Anyway, I’m crossing my fingers…  11:40 a.m. – I just arrived and there is a sea of tourists here… Apparently they are giving away free bikes and it’s chaos…

11:56 a.m. – Mario Lopez has some much make up on I swear every time I see him, I want to carve my initials into his face… that’s how caked on his makeup is.

12:01 p.m. – Wow, while taping the segment on the bikes Mario Lopez told the guy not to ask him “how he was doing?” Because he would feel compelled to talk to him. lol… Okay…

12:09 p.m. – This woman is yelling about how she was there since 9:00 a.m. to try and get this bike. I shouldn’t criticize cause lord knows I stand out there for hours and hours trying to get stuff signed… Not sure if it’s the same but I’m sure some people would say it is.

12:11 p.m. – I would like to play a social experiment type game and say I’m going to have a giveaway and then not… lol… Dude, people would go nuts! lol… I’m kidding… every contest on Mike The Fanboy has a winner! lol…
  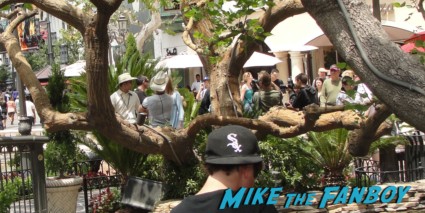 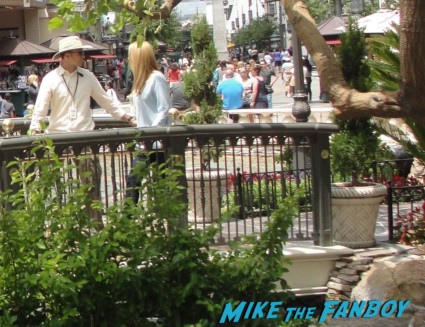 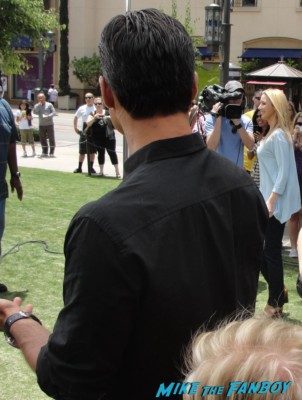 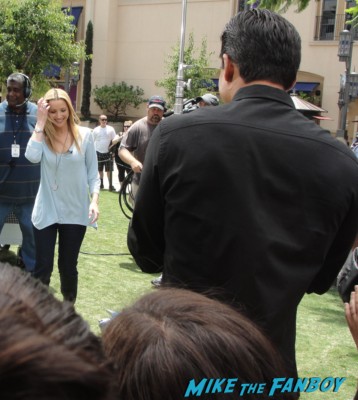  
12:23 p.m. – Lisa is talking about her new series Web Therapy on Showtime… I actually want to see it. Showtime has a great history of stellar series… Hello Weeds! Mary Louis Parker! Duh!
  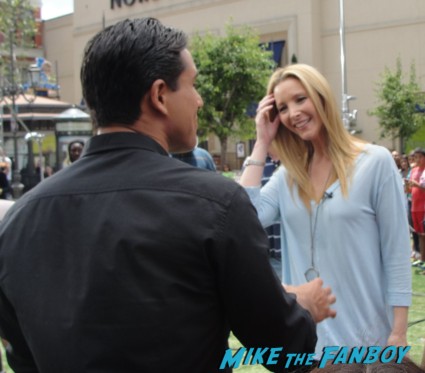 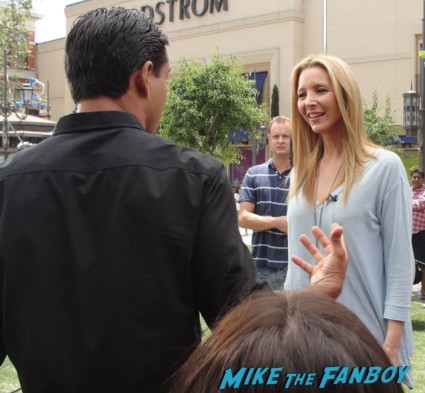 12:28 p.m. – Okay, Mario just asked Lisa if she was planning on guest starring on Cougar Town… Ummm Yeah, she did last year…
  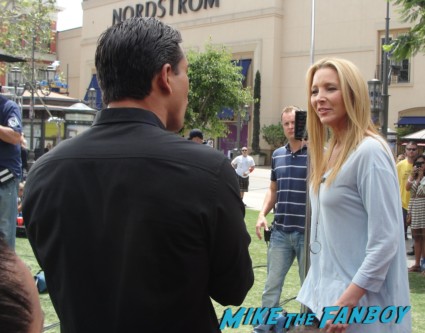 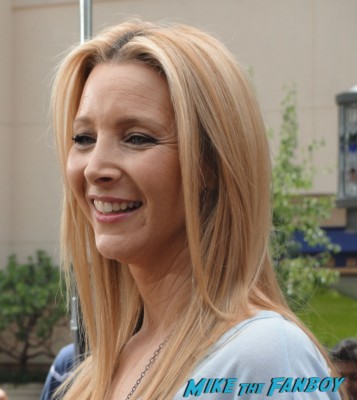 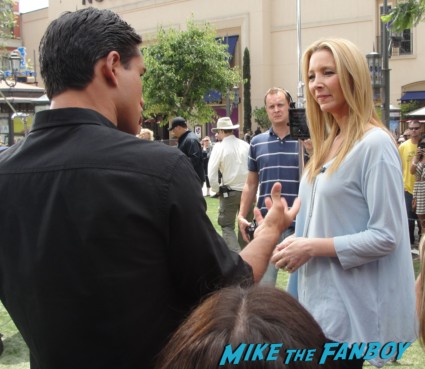 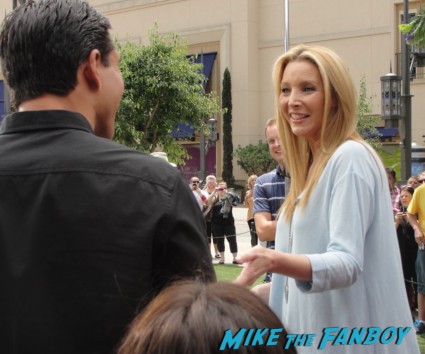 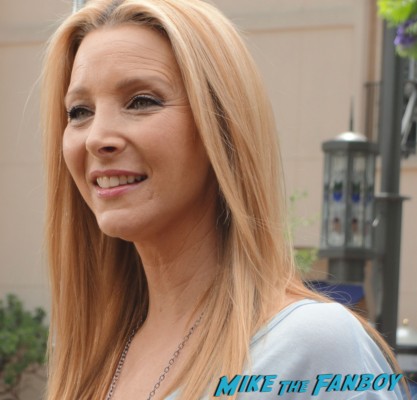 12:33 p.m. – Lisa Kudrow is just standing there talking to a few people, so Scotty and I are able to get in. We politely asked her once the conversation was done if she would mind signing.. She kind of sighed, but came over… She saw my Friends poster and was like, “Oh you got everyone!” then I asked her to sign The Opposite of Sex as well.
  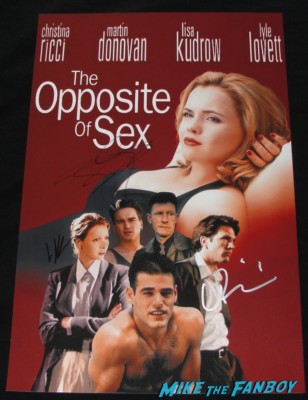 So I got two out of three posters done… Then Scotty got his Romy and Michele laserdisc done…
 
12:34 p.m. – Dude so stoked! I noticed that Lisa was still signing for people on the way to her car so I went up with my The Comeback poster. I know that people are probably like… What show was that? It was on for one season, but was AMAZING! Lisa looked at it and was like, “Wow!” I told her how much I loved this show and she was like “Really?” I said, it so deserved a second season. Then Lisa went off…
  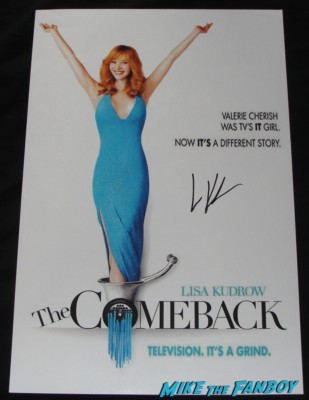 I’m stoked I got all three things done, especially since I haven’t had any luck with her in the past. So, this was a cool experience! Plus, my friends poster is DONE! I just got Jennifer Aniston at the Horrible Bosses premiere so honestly, this was a great treat!
Until next time kids! 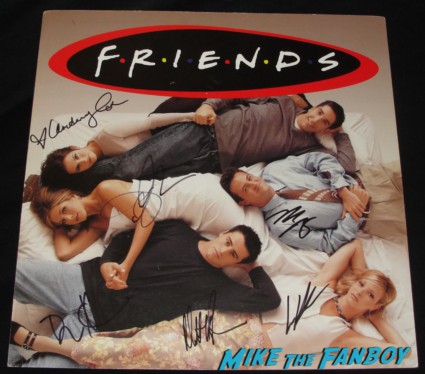 For being awesome, Lisa Kudrow gets the Happy Theo Award!