I keep hearing all these great things about the new Percy Jackson film. I know it’s not lighting the box office on fire right now, but I’m still planning on checking it out.

Elisa is a huge fan of the book series and headed down the apple store in New York to check out an event for the film with stars logan Lerman and Alexandra Daddario.

Ok. I’ll admit it. I’m a huge Percy Jackson fan. I loooove the books. The first movie was fun, but strayed a bit too far for my tastes. To my delight (and slight apprehension) they made a film based on the second book! Not only that but the supporting cast’s amazing!

The film, released this past Wed., was going to have an event at the Apple Store; Logan Lerman and Alexandra Daddario would be present! So of course, I took the evening off and headed to the store!

I got there early as there was going to be a Breaking Bad event right after. I got my wrist band showing I was RSVPd for both events and sat and waited.

The event began and I settled in. Logan was adorable and Alexandra looked so grown up and gorgeous! (I’m still obsessed with her heels) 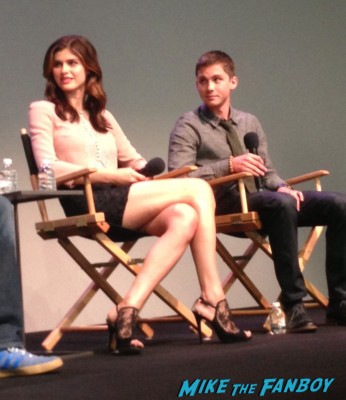 They discussed the differences in working with different directors, big budget films vs. indies, how awesome the supporting cast was, especially Nathan Fillion, and what other character they would have like to play. It was a fun little Q&A! I was hoping they’d sign inside but of course, because of time, they were quickly ushered out. 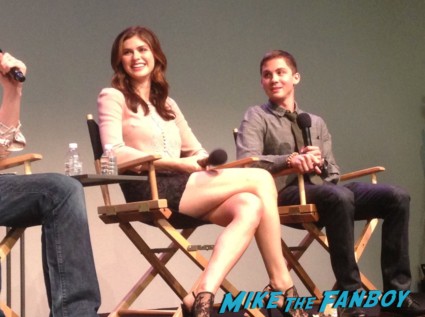 So, I was forced to leave my prime seat and run outside. It was a mad house. I managed to get a photo with Logan and he signed my Percy photo. It was too crazy to try for Alexandra. 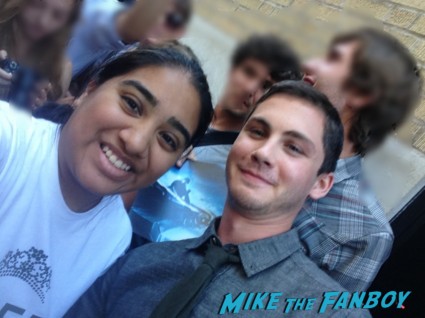 Failed to get Aaron Paul and Bryan Cranston as I didn’t go back in and they only signed there and not on the way out.

But had a great time at the Percy Jackson and the Sea of Monsters event! I saw the movie last night and it was a lot of fun! 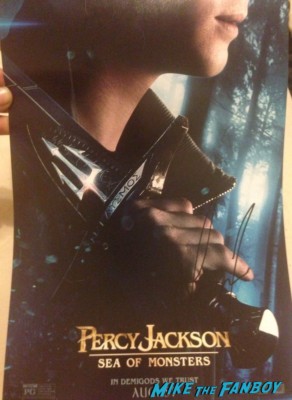