Who doesn’t love Magic Johnson. He’s a basketball legend and did a signing at Frank and Sons recently. MTF Reader Neil headed out to meet Magic, and get a photo with the NBA Legend!

It’s not often that you can meet someone as high profile as Magic, so it’s a rare treat!

Make sure and give Neil a big MTF welcome!

Do You Believe in Magic?

Hey everyone! This is longtime reader Neil here with my first report.

This past Saturday I had the opportunity to meet Lakers legend Magic Johnson at Frank and Sons in City of Industry. I may be a bit too young to remember Magic’s playing days, but as a huge basketball fan I couldn’t miss meeting the greatest point guard of all time.

I arrived at Frank and Sons about an hour early and found a good amount of Laker fans already lined up. I quickly grabbed my tickets, my basketball (already signed by Shaquille O’Neal) and joined the line. 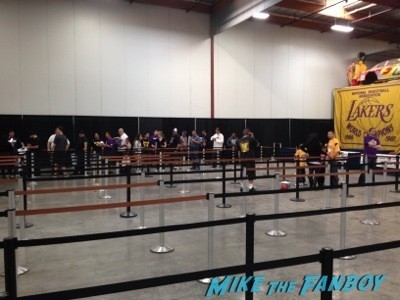 Magic arrived to a round of applause and the photo ops started immediately. 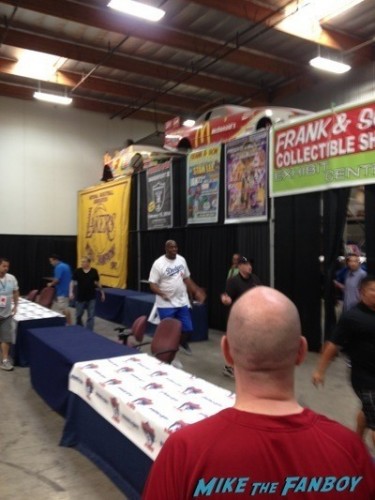 This was undoubtedly the part I was most excited about. Magic’s autograph isn’t that hard to find, but getting a photo with a legend doesn’t happen too often. The photo op was quick, but Magic made sure to shake everyone’s hand and thank them for coming out. 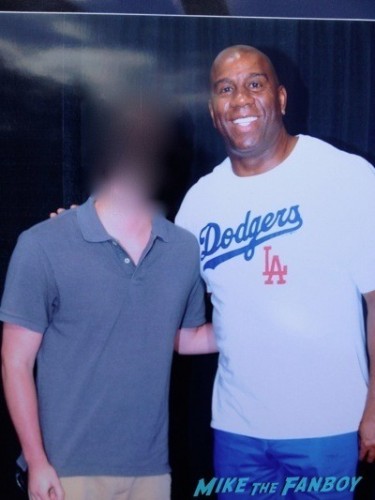 Now, it was on to the autograph line. While waiting in line is never fun, it did give me ample time to mingle with other collectors and see what they brought for Magic to sign. Some of the highlights included: a replica of the NBA championship trophy, a jersey signed by over twenty Lakers and several life sized stand-ups.

Finally, it was my turn with Magic. He noticed the spot I marked off for him on the ball and he asked “Is this for me? Is this my spot?”. He laughed and asked what color I’d like, reminded me to let the signature dry, thanked me for coming and extended his hand for one final handshake.

Overall it was a great experience and a well run signing by Honabach and Sons. One thing I’ll always remember was how fun it was watching Magic with his fans. While each interaction may have been brief, Magic made sure to talk to everyone, give a high five or handshake, and make each encounter one to remember, all while flashing his world famous smile.

I’m heading back to Frank and Sons in November to have Laker great Kareem Abdul-Jabbar sign the ball as well. Hopefully that signing goes just as well. 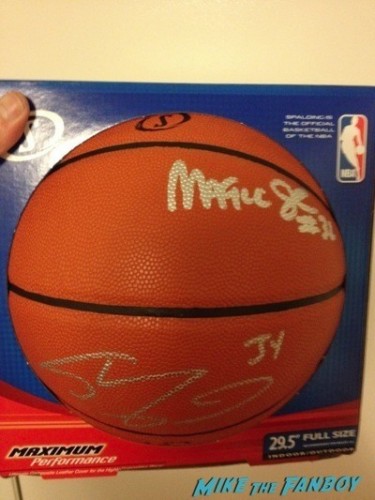