MTF Reader Paul was out and about for the Wayan’s brother Marlon. He was doing a talk show taping promoting his new movie A Haunted House. I know a lot of people love White Chicks, I’m talking to you Scotty! I didn’t get it myself, but comedy is a tricky business. lol..

Marlon was very nice and signed for everyone.

Ok so I’m not expecting anybody at this recent talk show considering Marlon Wayans is doing a premiere tomorrow, but I have plans tomorrow. So no go for me! Instead, I’m stuck in the sweltering heat of universal studios waiting with 2 paps and 1 fellow grapher for the youngest Wayans brother Marlon. Not too excited, but I got my white chicks press kit on me.

Hoping to get a quick graph so I can go home. He arrives 10 minutes late and quickly does the interview… 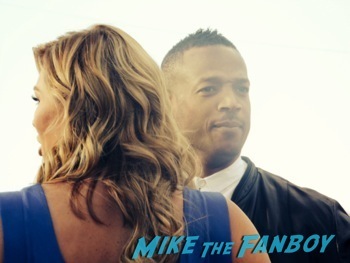 is he gonna bail or will he sign? He is handed a black sharpie from the security guard and proceeds down the line. He reaches me and I ask him if he can sign at the bottom which he ignores and signs at the fold out section… grrrrr… one Wayans to go 3! 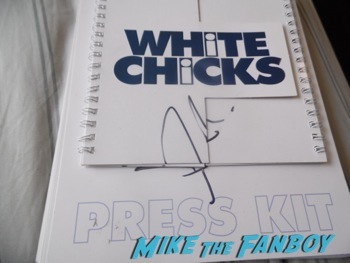