Do you know that quote? If you do, you’re aces in my book. It’s of course from Clue: The Movie, one of my favorites.

One of the stars of Clue along with Spinal Tap, Earth Girls Are Easy, Laverne and Shirley, Best in Show, A Mighty Wind, etc… is doing a play right now and Ace was insistent we go… In fact, the dialogue went something like this….

MTF: It’s hotter than the devil’s armpit? And you want to go fanboying?

So, we headed off to meet Michael McKean. I have been a fan for, I think ever. I even wrote Michael McKean a fan letter (or TTM as Ace calls it) a long long time ago.

I brought my Spinal Tap picture disc, my A Mighty Wind Concert poster, my original Clue: The Movie Mobile and my Best in Show DVD Cover. Ace had a couple 8×10’s he has cherished for years and off we went.

I had to wear my Communism is a Red Herring shirt that Scott just bought me. It’s awesome don’t judge. 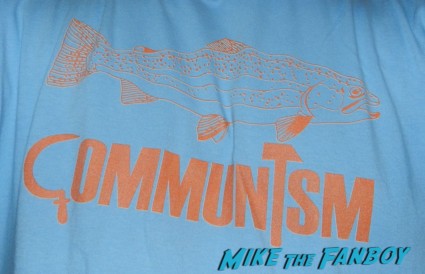 Well… We arrived and wouldn’t you know it… We just missed him going in. Doh! One of the guys from the theater took pity on us and asked who we were waiting for and said, “Oh dude, he’s in already. But come back” and then he said the show gets out in a couple hours. 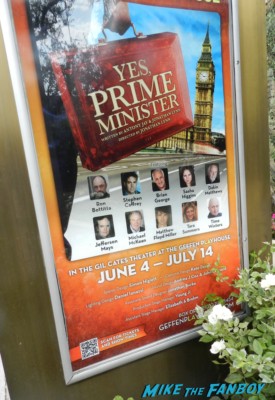 So, time to bum around Westwood. We went magazine shopping, had a pretty terrible lunch thanks to me (Hey, I like trying hole in the wall restaurants), and talked about life, liberty and the pursuit of all things snazzy.

Thankfully, Ace wore his black hoodie in the 100 degree weather. It’s a mind over matter thing. If he has a black hoodie with 15 layers of clothes, he “thinks it’s cold.” guess what? It’s not.

So, we went back to the theater and everyone that looked like they could have been Michael McKean we jumped to attention… Nope… Not them.

Then, after a couple sweaty hours, the play was letting out. We headed over and waited. We had both exits covered and so far no Michael.

Then the guy who told us we missed him earlier, came out. He says, “Are you guys back for Michael?” We said yes, and he goes, “You just missed him!” Doh.. He laughed and we saw Michael walking down the street. He walked at a brisk pace down the street behind me not wanting to be crazy people running after Mr. Green in Westwood.

Suddenly, we became newbies and got laughed at from the due at the theater! Doh! Fanboy Fail!

Michael picks up his phone and then sees us. We waited not wanting to intrude on his conversation and he waves us over. I of course need Michael to sign in a green paint pen, you know… Green for Mr. Green and he’s very cordial but I don’t really have a chance to talk to him about my love of Clue, Best in Show, etc.. 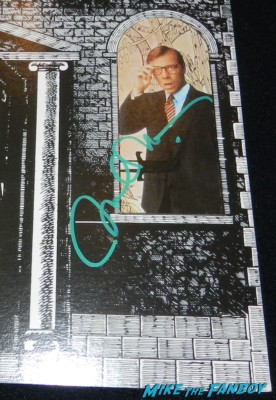 Michael also signed my A Mighty Wind poster, and then we thanked him. He waved and headed off. 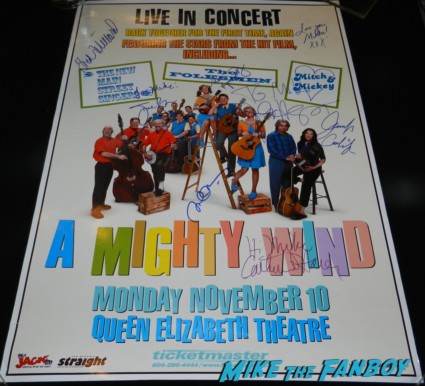 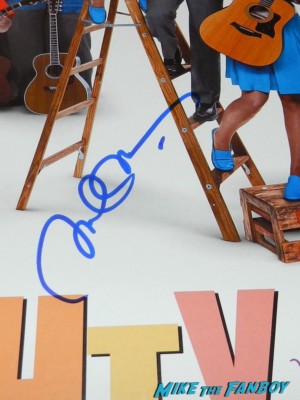 It wasn’t the awesome moment I desired but he was very nice to wave us over and sign. Plus, I might have a few more things and I really want a photo with him in my Clue:The Movie shirt… Soooooo… I may be going back.

At least Ace got this photos that he’s been cherishing for 48 hours signed. 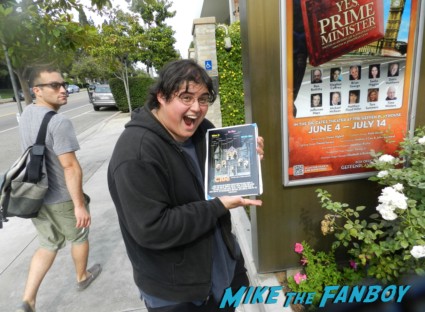 My favorite part about this photo… The dude walking by in the background! 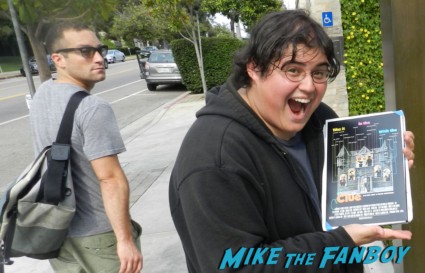 I had a great day hanging out with Ace, and I have to tell you… sometimes these small events are way more fun that a giant event! 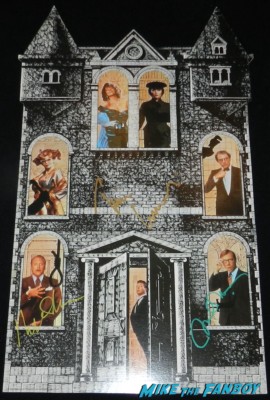