THE FACTS OF LIFE!

I am such a huge fan of Facts of Life, seriously, it’s one of my favorite shows. As a kid, I used to watch the show everyday in syndication. I can’t believe that it lasted nine years! It was never a huge ratings smash but it was a reliable hit and anchored several nights including the difficult Saturday night comedy block on NBC.

Pinky is also a huge fan of the series and was able to meet Natalie Green herself! So jealous!

Hello, my lovelies. Pinky Lovejoy-Coogan here with my sincere apologies for the delayed post, as I was, well, NOT laboring yesterday (ha – see what I did there? It’s OK, I know, I know, it’s terrible).

Still, I was excited to write this week’s post as I recently met someone I’ve wanted to meet my entire life – and it was such a fluke! A few weeks ago I was meeting up with my girl Liz to explore some pre-Emmy parties and see how they’d be. When we met, she told me she’d ridden the elevator up from the parking garage with “someone you loved from one of your shows like Happy Days.”

Um, that was kinda vague, so I didn’t think very much of it.

Over the next hour, she asked me to name people from various shows, but none of them were who she’d seen. Finally, we figured it out – it was Mindy Cohn from The Facts of Life! 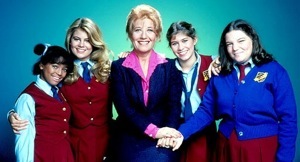 Now, this threw me a bit, as I don’t really classify that show in the same time period as Happy Days, but to my young, sweet, Liz, they’re all the same (bless her heart). 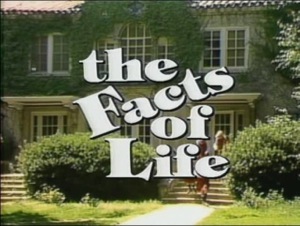 I’m SO happy she figured it out, though, because I got to meet “Natalie Green” herself! 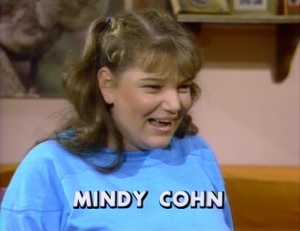 As we weren’t sure where Mindy was – having dinner at a restaurant? Meeting someone for drinks?  – I checked her Twitter and saw that she’d tweeted she was at an event in the same hotel we were at. Hooray!

I was worried we’d have to wait a long time, since the event had just started, but before we knew it, there she was, chatting with a friend outside. Natalie Green in the flesh! Before she went back in she was kind enough to pose for a photo with me and that’s when I totally “pulled a Pinky” and did my nervous talking thing.

I told her what a huge fan I was, how excited I was for the big Facts of Life reunion coming up, how I’d be bringing my lunchbox, and how we were having special shirts custom made. I have no idea why she needed to know this information, but I must’ve blurted it all out in like thirty seconds. Egads! 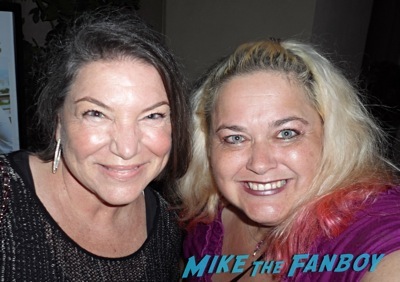 I’m sure Mikey’s sad he missed that entertainment, because my “pulling a Pinky” is his favorite thing in the world.

Either way, I was super stoked to meet Mindy and can’t wait for the reunion in a few weeks. In the meantime, I can reflect on the other cast members I was lucky to meet (although this was the first time it was one the four girls – hence my delight): 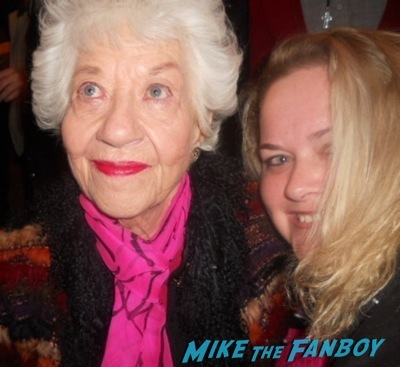 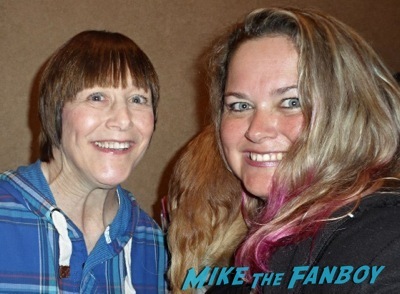 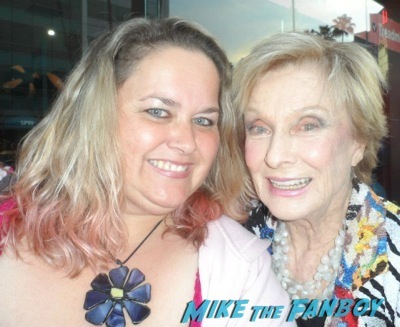 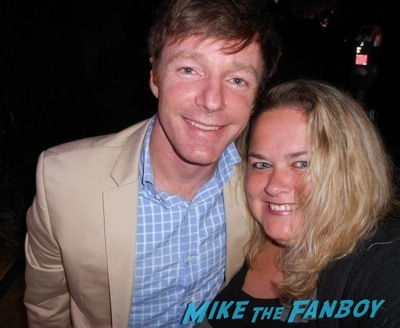 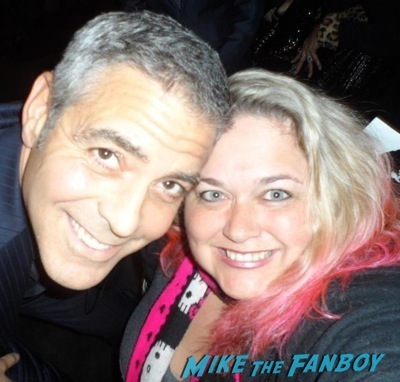 and some unknown actor (ha!) by the name of George Clooney.