Russell headed out to meet the band when they were in town on their latest 2014 reunion tour. Rockin’! I love meeting the bands whose songs have formed the soundtrack of my life.

One of my favorite groups growing up was New Edition and those that know the story and have followed them know they all had good solo/group careers. A couple years ago my wife and I were able to meet 3/5 of New Edition when Bell Biv Devoe (BBD) had a concert locally so was able to get Ricky Bell, Ronny Davoe and Mike Bivens. Now the hard part would be hoping that Bobby Brown would get in shape and start touring again.

Last year New Edition did tour, but Bobby was absent and the venue was horrible and there was no way to add even Ralph Tresvant to the album. As luck would have it, they formed the “All Six Tour” for 2014 where all original members and Johnny Gill would have a nationwide tour. But as luck would have it, Bobby dropped out of the tour citing “health issues” (we all know he had a problem with keeping up with the dance moves and was gassed). Then a sign from the heavens and Bobby decided to rejoin the tour for the last 3 shows which happened to be on the West Coast.

Concert was at the Oracle Arena and wasn’t too optimistic on getting them unless we could find hotel before the show and my son with his super sleuth skills (I wonder if there is Stalker 101 in college for him next year) found a message from one of the publicity folks that she just checked in at a hotel near the arena. Immediately, we packed up and zoomed down there and got there around 5pm (concert started at 8pm). 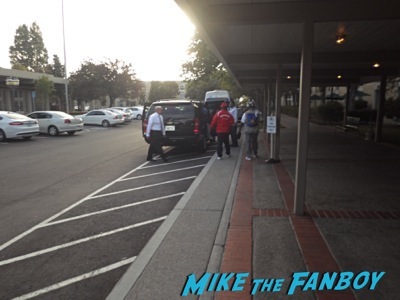 As we rolled into the lot we saw a tour bus in front and knew it had to be them and walking around we see Bobby Brown immediately. 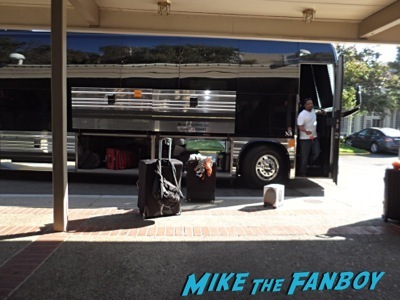 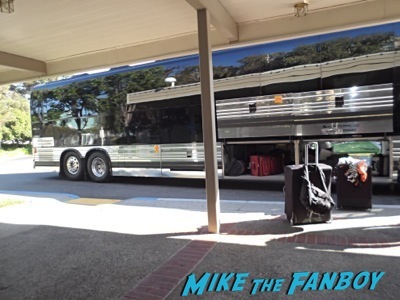 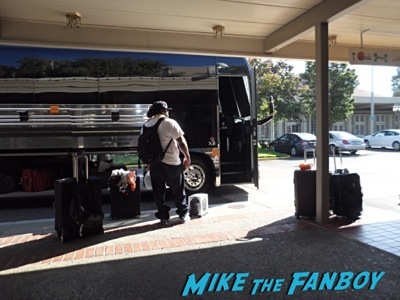 We made a move to go ask him, but a man (who happened to be the tour manager) told us to give him some time with his family first. We held back and waited a bit and he finally came over and was more than happy to sign. 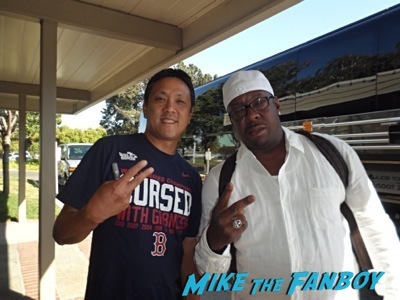 Since the band is from MA I asked Bobby about the recent trades that the Red Sox had made and he said he only follows football and basketball.

The tour manager saw the album I had and asked who else I needed and told him only Ralph. He said they should all be out by 7pm since the bus was leaving at that time. So we waited and sure enough the band and everyone started filing out around 6:45pm. Everyone was really cool and had a chance to talk with all of them regarding the Red Sox and Celtics. Can’t wait for their new album. 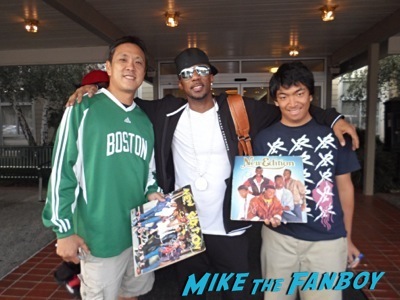 Cross one off the bucket list (yes I have a simple one)….Maybe I can get Madonna one day

Check out the photos from the concert below! 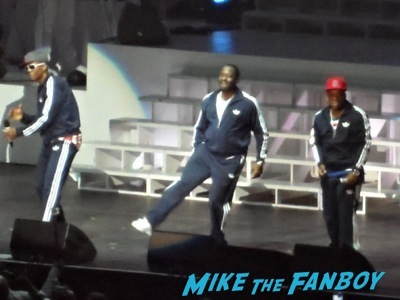 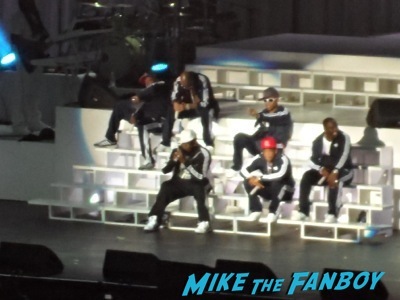 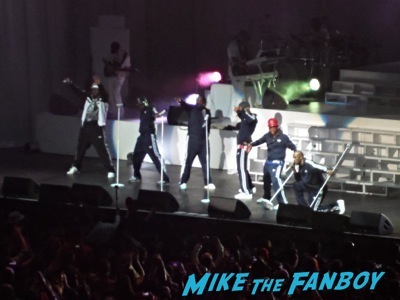 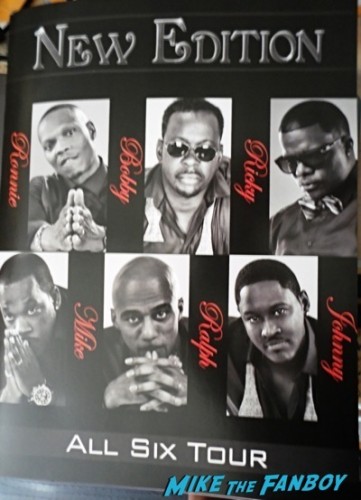