Home / Pretty In Pinky • RIP / RIP Philip Seymour Hoffman! Pinky Shares Her Meeting With The Star And Her Awesome Photo!

Man, it seems like everyone is very shocked and saddened by the death of Philip Seymour Hoffman. JM did a nice memorial that we will have up tomorrow, Erica had her recap and now, Pinky is sharing her moment with the late lamented star.

She had such a nice albeit short encounter with Philip Seymour Hoffman.

Hello, my lovelies. Pinky Lovejoy-Coogan here saddened by the sudden loss of one of the greats, Philip Seymour Hoffman. Not only saddened, but feeling incredibly guilty for putting him on my Worst Celebs at Sundance list last week. 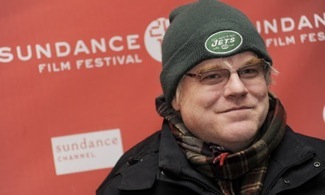 Granted, his death doesn’t negate or excuse any perceived negative behavior, but it does give me pause to think about how we never know what challenges people are going through and how everyone is dealing with their own demons. Knowing of his tragic addiction, it makes sense now how he acted at Sundance, as multiple reports have pointed out that he seemed a bit out of it and disheveled. Still, I don’t want that to take away from what was truly important…his body of work. 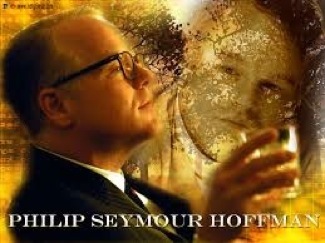 Despite everything, Philip was an incredibly talented and amazing actor. I’ve never seen him give a bad performance in anything I’ve watched him in and he even made bad movies (like Along Came Polly) almost watchable (well, HIS part was watchable anyway….). 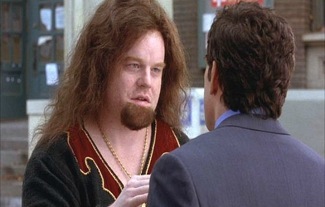 I did have the pleasure of meeting him about ten years ago at Sundance and he was perfectly cordial to me. In fact, he asked the person he was with to take our picture and was kind enough to stop and pose with me. It was a brief, but pleasant encounter, which is why I was always surprised when others didn’t have the same experience. But, again, who knows what he was dealing with, and it never took away from my desire to support his career, or be mesmerized by his incredible performances. Philip was one of the greatest actors of our generation and we’ve lost him far too soon. 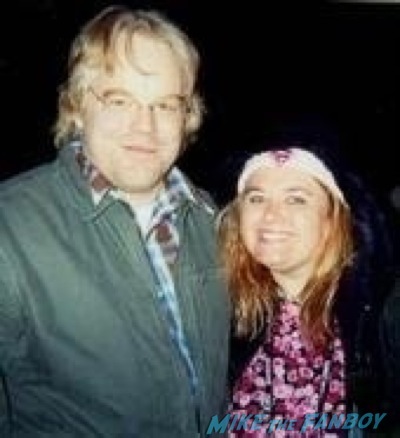 R.I.P. Philip Seymour Hoffman. You will be missed.