MTF Reader Jim just sent over this awesome encounter! Jim was able to meet legendary boxer Ray “Boom Boom” Mancini at a screening and Q and A of “The Good Son.”

Ray “Boom Boom” Mancini was super cool and Jim was able to get some gloves signed as well as photos and he said the documentary was amazing! I’m actually curious to check it out now!

Check out Jim’s full report after the jump!

Last night I had the opportunity to attend a screening of “The Good Son”, a  documentary about the life of Ray “Boom Boom” Mancini the lightweight boxing champion from the early 80’s that killed South Korean boxer Duk Koo Kim in a championship fight in Vegas. For those that don’t know Ray was a superstar in the early 80’s because here was a 20 year old Italian kid with a life story made for the movies, he was a real life “Italian Stallion”.

I wasn’t sure what to expect going to this event, sometimes athletes that were once on top tend to have a chip on their shoulder, especially if they feel that they were wronged, but not Ray. When I arrived Ray was standing in the lobby doing interviews, taking pictures and signing autographs with a grin on his face from ear to ear. Still in great shape and not suffering from any long term injuries that can make it tough for a boxer later in life, Ray was running around having the time of his life while making everyone around him feel welcome.

The documentary started a little late because of all the fun in the lobby but  when it did it didn’t just tell the story of the death of Kim but the journey of Ray from the steel town of Youngstown, Oh to be the Champion of the World to being forever linked to that boxing tragedy. This documentary is definitely one to check out if you’ve ever been a fan of boxing or just interested in seeing a very personal story of a kid from nowhere making it big. I’m not going to go into much detail about “The Good Son” but the end with Ray and Kim’s son having dinner and discussing their feelings and bonding over what happened was one of those moments that could make a grown man cry.  It’s worth the price of admission.

After the show Ray come up and answered questions for a good 30+ minutes, he’s definitely a talker and loves his fans. 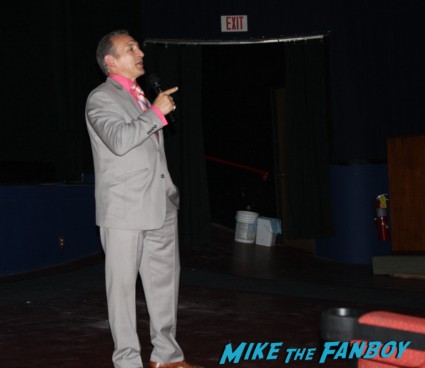 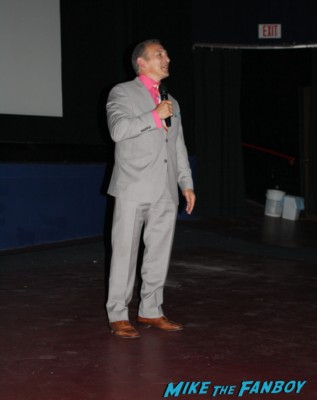 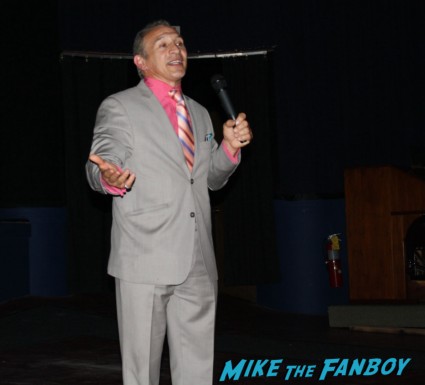 After that he went out to the lobby to take pictures and sign autographs and stayed until the last fan left. What a great time! 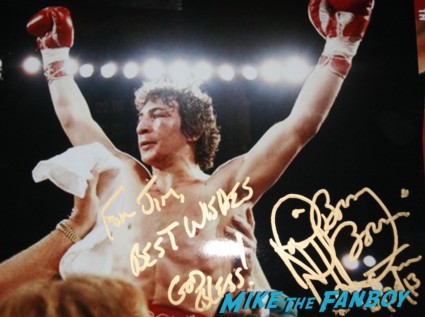 He did say that he’ll be traveling with the movie to NYC and LA so if you get an opportunity to see this film with Ray then do it. 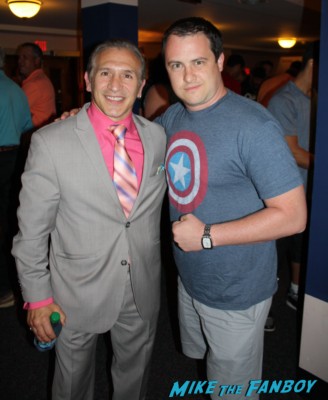 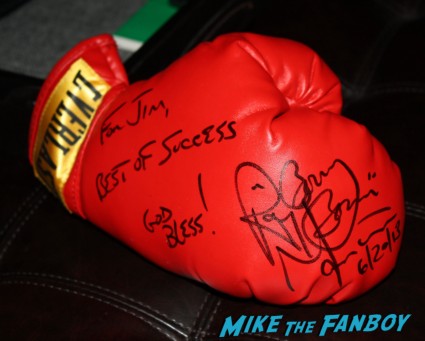