There are those movies that you put on a list to see and then kind of lose track of. One of those films is Canadian Bacon starring the dearly departed John Candy. I miss John Candy and was a huge fan for so long as a kid.

I admit I haven’t seen Canadian Bacon and being a Canadian myself you would have thought I would. LOL…

Now that the holidays have arrived, its time to sit back and relax. About 20 years ago, a comedy legend died while filming a western movie. However it was a film he made before his untimely death that I want to discuss, “Canadian Bacon.” 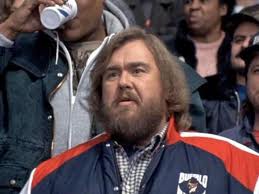 John Candy was one of the coolest comedic actors I idolized growing up and remain quite fond of his films. Even in his final years, he delivered some memorable performances with “Only The Lonely” and “Cool Runnings.” Even now when I watch the film I can’t help, but think of the great memories of his immense talent and endless laughs he has provided me. 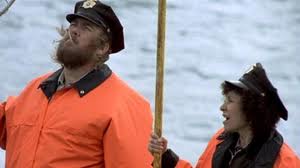 “Canadian Bacon” tells the story of an unpopular President played by Alan Alda, who along with his security advisor (Kevin Pollak) and top general (Rip Torn) create a fictional war to stir up support for the ostracized leader of the free world. Local Niagara Falls sheriff Bud Boomer (Candy) gets caught up in the propaganda and recruits his deputy Honey (Rhea Pearlman) and friends (Kevin J. O’Connor and Bill Nunn) to stop Canada from invading America. Soon what starts out as a fictional war gets real when Boomer and pals decide enough is enough. 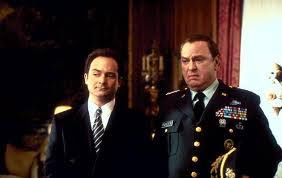 “Canadian Bacon” is one of those highly underrated films that came out in the mid 1990s. Noted as a box office failure, the film remains Academy Award winner Michael Moore’s first and only non-documentary film. John Candy headlines this hilarious satire about propaganda and after looking back on it, a scary foreshadowing of what can occur when people get caught up in a frenzy. Honestly, if you haven’t seen this movie yet, you’re really missing out. 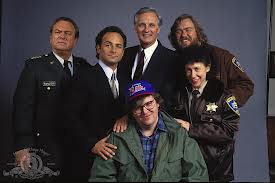 A couple of years ago I met co-star Rhea Pearlman at her husband’s walk of fame ceremony. Rhea was a complete sweetheart for fans and graciously signed autographs for everyone who asked. When she saw my “Canadian Bacon” DVD among the mix of Cheers photos, she just about lit up and had nothing but nice things to say about “Canadian Bacon.” 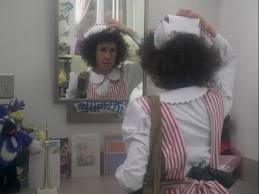 Reactions like that are exactly why I insisted on starting this column and enjoy writing each week. Until the next time, happy autograph hunting! 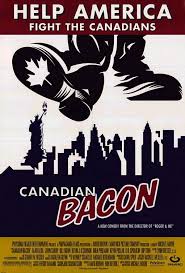