Home / Pretty In Pinky • RIP / Pinky Remembers Meeting Robin Williams At Sundance! His Spirit! His Movies! And His Legacy! RIP!

I along with the rest of the world was shocked yesterday when I heard that Robin Williams had passed away. I couldn’t really even collect my thoughts. It was so tragic.

I remember when my grandfather was sick and we went to see Patch Adams. It helped my Mom so much get through that time. I remember watching Good Morning Vietnam with my Dad and it helped me to understand about the war. I remember… God so many memories.

Ms. Pinky wrote up a wonderful recap below about Robin Williams, what he meant to her and the time she met him at Sundance. Check it out below!

Hello, my lovelies. Pinky Lovejoy-Coogan here with a broken heart. Yesterday the world lost one of its greats – Robin Williams wasn’t just a comedian, he was a storyteller, an actor, a genius, a legend, and a kind-hearted soul. It’s funny, even if I’d never had the opportunity to meet him, I think I’d still feel like I “knew” him – not in the traditional way, mind you, but because from as early as I can remember, he was there. On my TV. On the movie screen. 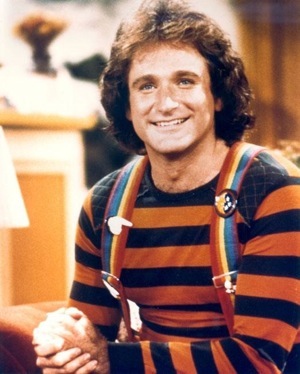 I was five when he started doing Mork & Mindy and we adored that show. There was nothing funnier than Mork from Ork and I had my own pair of rainbow suspenders to prove it. 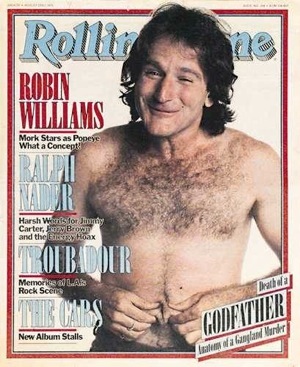 My husband was lucky enough to be on the finale of that show – can you imagine? Last night Keith asked me what my favorite Robin Williams movie was and, honestly, there’s no way to just pick one. How do you pick from such a vast and amazing collection? Each film seems to surpass the one before and they’re all lovely in their own special ways. 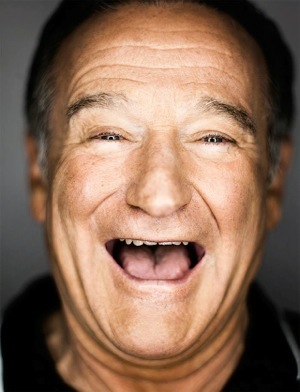 The film I remember most from my youth was Popeye, which we watched so much our VHS started to warp. 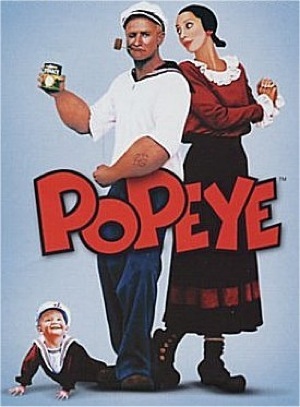 But then there was Dead Poet’s Society, Good Morning Vietnam, Good Will Hunting, Hook, Aladdin, Jumanji, A.I., Bicentennial Man, Mrs. Doubtfire, Patch Adams, and Night at the Museum (just to name a few). Each character was so special, nuanced, and great. And it wasn’t just in the movies that he excelled – Robin Williams lit up the small screen just as much, whether it was in a stand-up special, or, most recently, on his TV show, The Crazy Ones. There was no one quite like him and my heart breaks for his family. 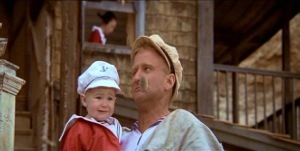 My own experience with Robin happened back in 2002 at my very first Sundance Film Festival. I was new to the whole “celebrity” thing and had just met Matt Damon, which was enough to make anyone’s day. I literally walked out of the bar I’d met Matt in and there was Robin Williams walking up the street. What a day! I asked if we could take a photo together and at first he was a bit quiet, seemingly shocked that I recognized him all bundled up. But as we took the photo, people started to notice him and gathered around us – by the time our picture was taken, we were completely surrounded on the street and he basically started performing. He was on fire! It was amazing to watch and it was a privilege to meet someone who’d brought so much laughter into my life. 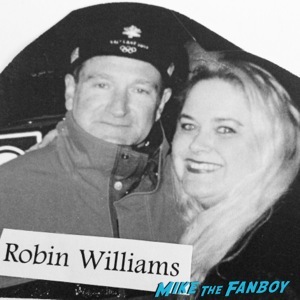 I remember seeing him years later at the festival and just watched as he interacted with fans. He never seemed bothered, or brisk; he was a class act all the way.

As I write this, there are tears streaming down my face and part of me feels silly for crying over some public figure. But on the other hand, Robin had this unique ability to make you feel like he was telling the jokes just for you. To be able to touch so many lives for the better was truly a gift and the world will be a little less bright without him. R.I.P. Robin Williams. Thank you for all the laughs.