Home / Fanboying! • Horror / Meeting Rose McGowan At Dawnfest! Getting Propositioned While Waiting For The Scream Star On The Streets Of Los Angeles! Autographs! And More!

When I saw on Rose McGowan’s twitter feed that she was doing a small film festival for her new short film, “Dawn,’ I knew I had to head down. I love Rose and I was really interested to see the shot actually. It’s getting great buzz and this run is for Oscar consideration, so you know… It has to be good.

Yes, I got the times wrong. Doh! The movie started at 7:00 p.m. and we were a half hour late, by now 45 minutes. Which means we missed the short completely. 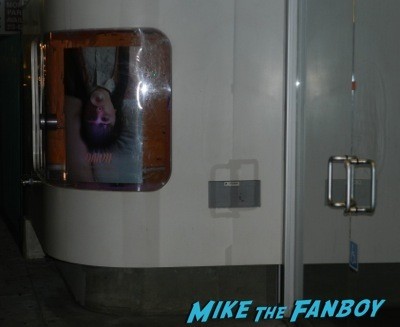 Rose McGowan was showing the short film along with another classic tale of female empowerment, tonight was one of my favorite’s, “Rosemary’s Baby.”

And… We missed it all.

After talking about what to do for a while. We decided to stay, and meet Rose on the way out. It was a Sunday and there’s not much else we could have done in the meantime.

So, now we’re standing outside like two frozen hookers in the middle of downtown Los Angeles. For… Hours…

There’s the “Only Gay Bar in Downtown LA” next to us and everyone is wearing cowboy hats and one person had assless chaps. 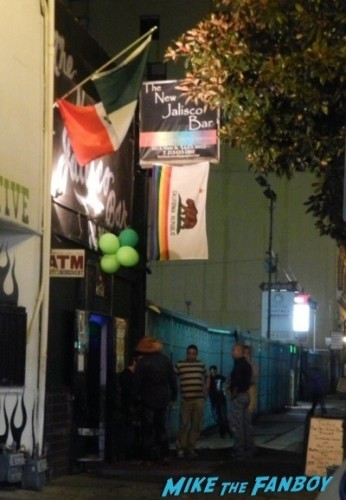 I don’t think I would look good in assless chaps, just putting it out there.

We were asked if we had any money about 17 times, if I did have money, trust me it would have been gone.

Then, a guy walks up to us and says, “Are you here for the smell?”

My response, “I love the smell of Downtown LA on Sunday.”

He was actually looking for a bar, by the name of the smell. It’s an easy mistake. For Los Angeles.

So, the guy asks us if he could hang out with us for a while. We were like, okay… We’re going to get stabbed, which is fitting since Rose McGown was in Scream.

I wasn’t sure if this guy was hitting on us or trying to size us up and see which one of us he could fit in his trunk. Clearly it would have been Scotty since he’s more compact and I’m a giant.

The guy’s name in Jonathan, he’s in from Chicago, visiting friends and looking for the smell. He’ll be in Hollywood for the next two weeks. If you see him, say hi.

After ambiguously gay Jonathan left for gay-er pastures we continued to wait. I was now starving and if I saw Rosemary’s Baby, I would probably have eaten it. 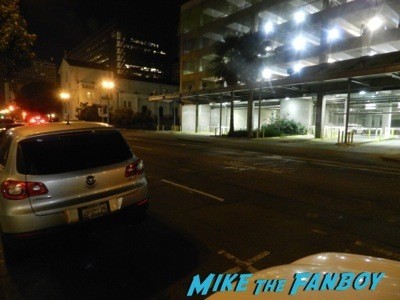 Finally, we noticed the film was about to break, or we prayed it would and went inside the lobby and talked to the hipster behind the snack counter.

One hipster, looks like another hipster. God bless them.

hipster #1 was with hipster #2 and they both had burn marks on their hands, which I find odd, but what can you do. Hipster one said the movie would end in a few and after telling him of our saga, to which he was not impressed (and really what can you do to impress a hipster?) He said we could wait in the lobby with Gerardo, the off duty parking attendant who was charging his phone and Emily a girl who kept peering around the corner and running away.

If I could make this up, I would.

Finally, the movie is over and a boatload of hipsters start to flee with some waiting around to get pictures with Rose McGowan.

I brought my Scream and Jawbreaker mini posters as well as an interview magazine and the Charmed box set.

Rose was leaving now and doing photos with people. She was really nice. It was our turn and she was happy to sign, even talking about some of the models in Scotty’s photo. I mentioned a little about our odyssey and she was like, “yeah, yeah.” playfully. I said, “No really, we thought it started at 8 because it did last night.” and she said, “Oh, yeah, every night is different.” 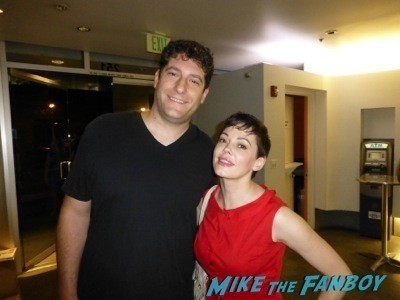 She was super cool and a little sassy which I loved. I would have loved to seen the short, and meant to head back but that never happened. Doh.

Still, it was an interesting evening, with a happy ending… And not one by ambiguously gay Jonathan. 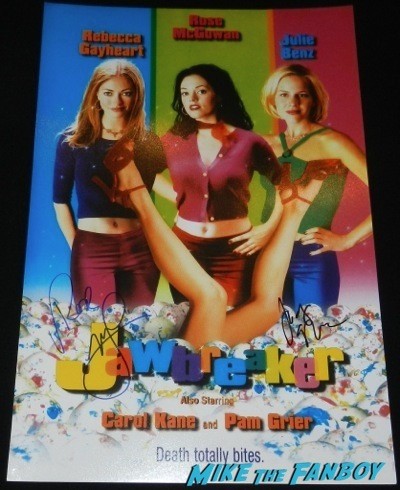 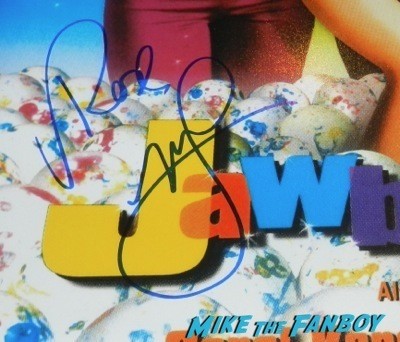 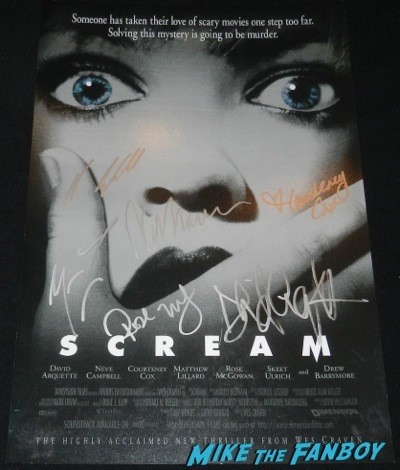 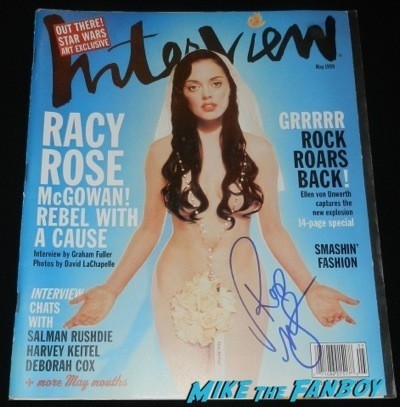 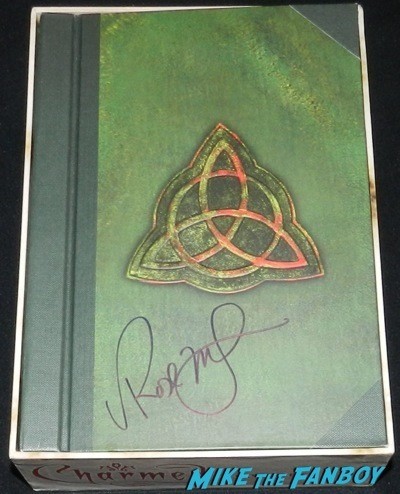