I’m not going to lie… I love my Buffy The Vampire Slayer… I love Angel, I love Anya, I love them all….

so for this weeks Jekyll Or Hyde I thought… We should do this Buffy style. Now, we’ve had lot of “not so nice” reports about Ms. Sarah Michelle Gellar. It’s hard, because she is Buffy after all and all the MTF crew know I have been dying for a photo with Sarah.

Alas it still isn’t so. But… I did have one really excellent encounter with her.

This was back when Paleyfest was held at the Arclight and the big event was the Buffy The Vampire Slayer reunion. It was nuts. Tickets were like 600 dollars each on eBay, for some reason Jesus looked kindly on me the day tickets went on sale because I not only scored a pair I got them in the first two rows.

I was so stoked you don’t even know. My friend and mom bought my Paley membership just for this day. It was a big deal for me.

The week of the big day I don’t think I slept for two days I was so excited. I didn’t attend a Paley event before this so I had no idea what to expect.

I got my seat and it was such a thrill to see most of the cast there. David Boreanaz and Alyson Hannigan were the most notable cast members not present but for the most part everyone else was able to attend. 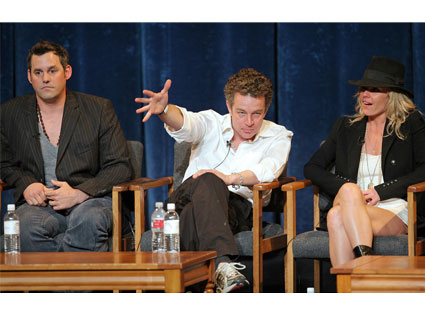 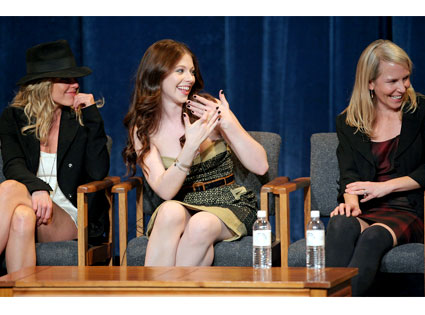 I had this mini poster I thought I would bring from the season 6 musical episode Once More With Feeling.

I was able to get a bunch of the cast to sign it… I’m still waiting for Alyson Hannigan but that’s another story. 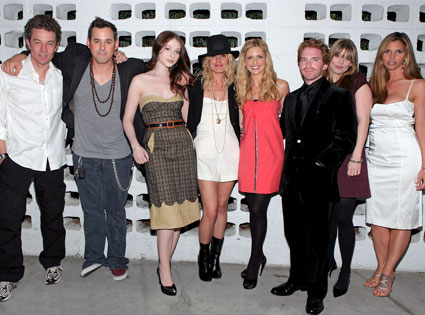 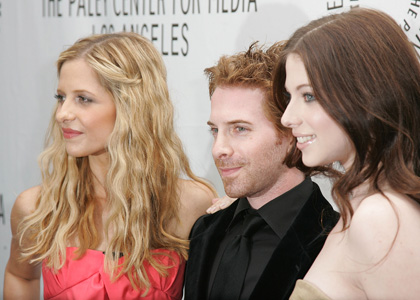 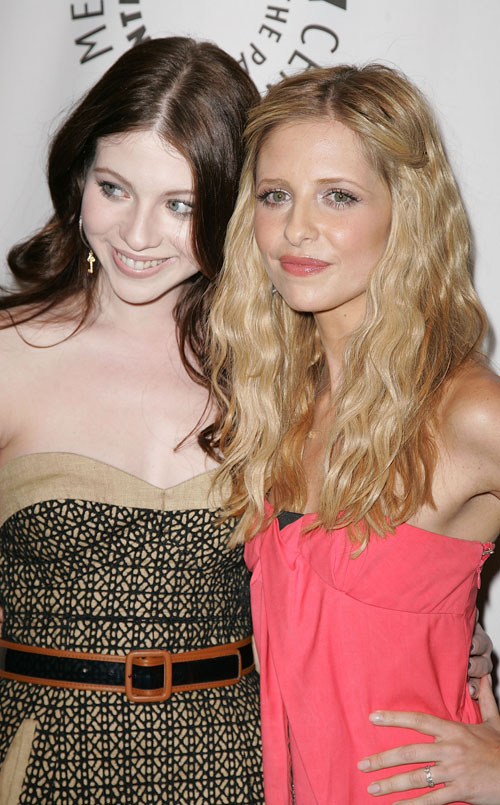 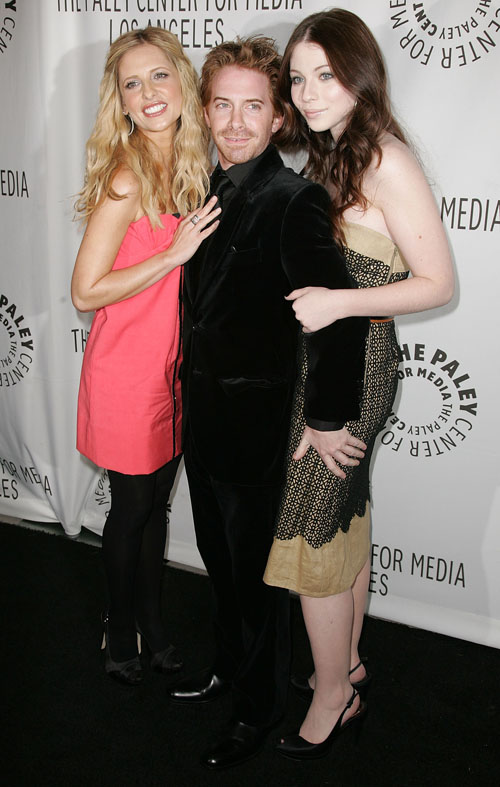 After the q and a I couldn’t get to Sarah Michelle Gellar because she was on the opposite side of the stage as I was. Doh!

After the event, I was pretty much a newbie. but I did wait by the side of the theater. I just figured… you never know right?

Out came Seth Green, but he wouldn’t stop.. Doh… And then… Sarah Michelle Gellar herself came out. She was headed to her car, and to her credit she could have easily dipped out, instead she came over and signed for the 10 or so of us who were waiting.

She actually said that the eyes in my poster weren’t hers and I probably could have had a semi conversation with her… But inside I was tripping out that Buffy was talking to me. Seriously, she was so nice and to be honest, she didn’t have to do that. 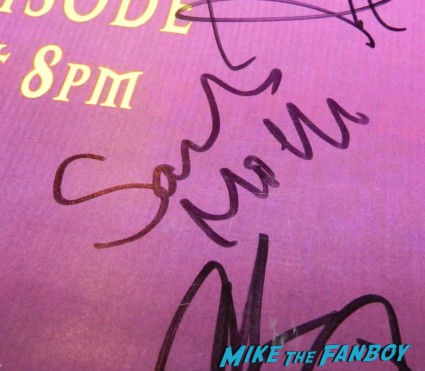 So, on this day, Sarah Michelle Gellar was definitely Dr. Jekyll!!

For being shockingly awesome, Sarah Michelle Gellar gets the Happy Theo Award! 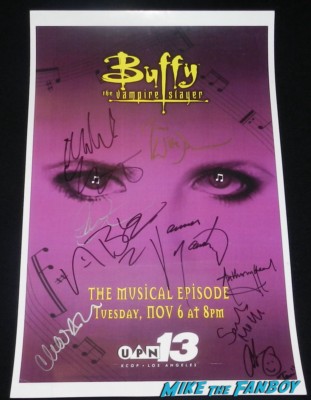